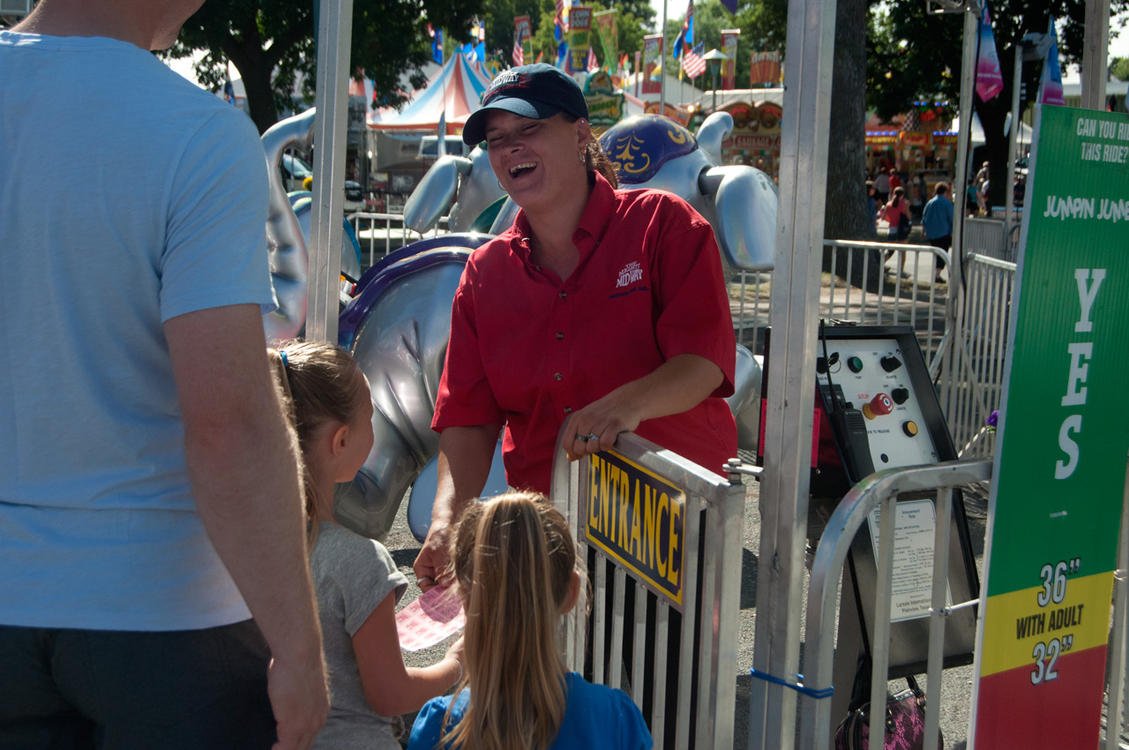 Every year crowds of people head to the Minnesota State Fair, thinking about the food they’ll eat, the rides they’ll take and the people they’ll watch. But how often do we notice the people who make this whole thing happen? From the people who make and serve us the food, to the ride operators, to the folks who clean up after us — who’s working behind the scenes at the fair? This photo essay is just a start in telling the story of the many people who work behind the scenes to give us the Minnesota State Fair.

Dr. Gary Anderson, a veterinarian, inspects a goat as he does his rounds, checking on the health of animals in the animal barns.

Anakin Bosek leads his pig, named Bacon, back to its stall. He and his pig just won first place in the Purebred Hampshire class.

Hannah Grode grills pork at Donna's Bar-B-Q stand as crowds pass by outside the window.

Sichaya Sittipod, a PhD student at the University of Minnesota, serves up milk at the All You Can Drink Milk booth.

Joseph Lorrisch's family has been spinning cotton candy for around 50 years. This is his first year managing the stand.

Susannah Austin is partway into her year reign as American Honey Queen. She's been touring the country educating about bees.

Nick Olson has been making mini donuts at fairs all summer.

Scott Graham and Peggy Clark volunteer in the DFL tent.

Wilma Alvarez takes tickets at elephant ride in the Kidway. She travels ten months out of the year, working at fairs and events.

Roy Wesenberg and Joe Lang wait for the lunch rush at the Midway Men's Club. They're volunteering, along with family members.

UPS driver Cody Finch pulled a cart full of packages to deliver inside the fairgrounds.

Kong Thao works with a group of volunteers for the day, picking up after fairgoers.

Danny Moore waits for customers at the Haunted House in the Midway.

Marilyn Patterson guesses the weight, age, or birth month of fairgoers. She guessed the weight of this gentlemen a little low.