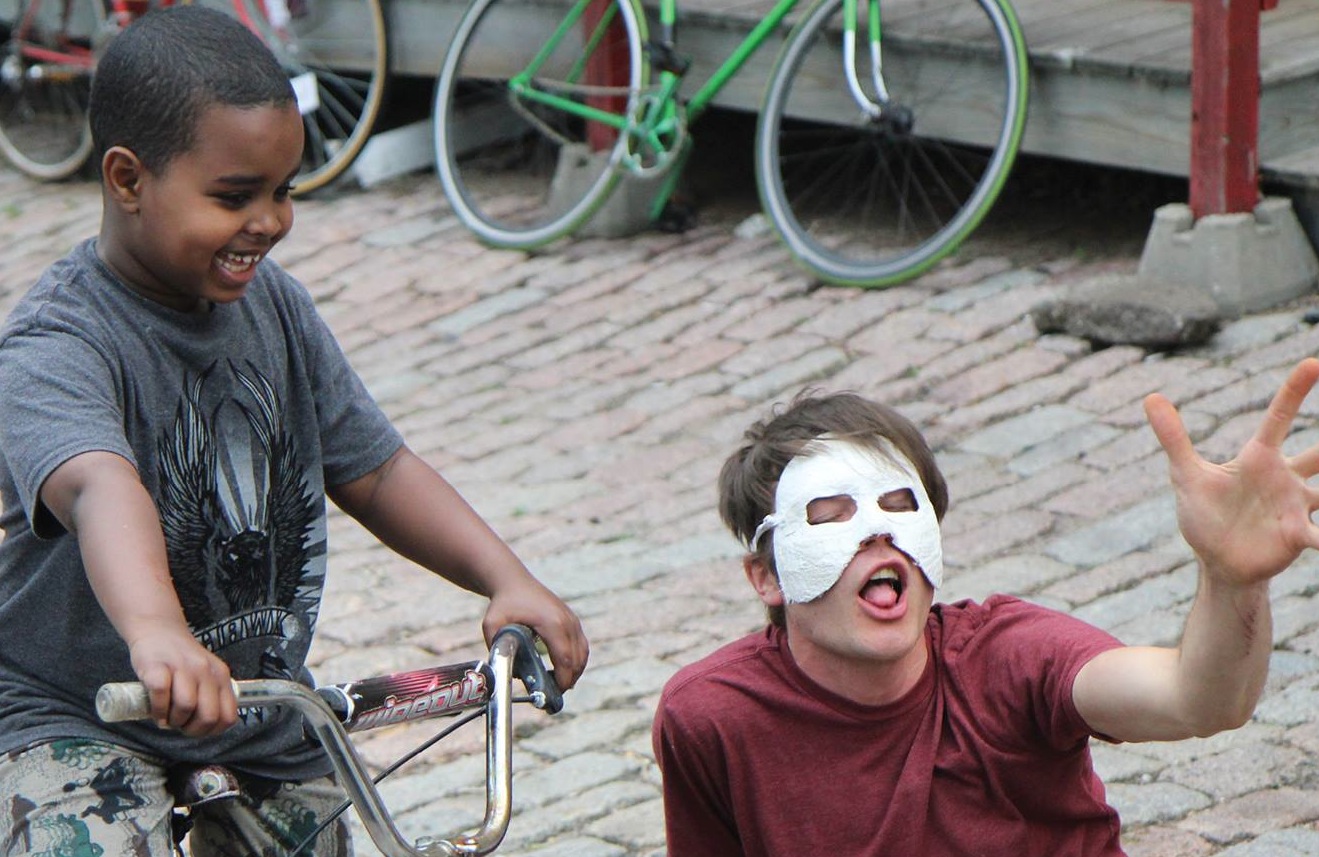 In the beginning  of the 10Fest process, Bedlam Theatre offered a weekend of workshops in a theater class-like setting, everyone invited. Then conversations about ten-minute play ideas and proposals were turned in. The co-curators, Molly Van Avery and Miré Regulus, chose the pieces.  A week later there were open auditions; everyone who auditioned got a part. Long live community-grown and -nurtured theater!

After the auditions, groups of directors, writers, and actors were sent on their way to create up until the week when Mixed Blood Theatre was leased and the in situ rehearsals could begin. In the name of full disclosure: I participated on the sidelines as part of the Shenanigistas—the goofy ushers who guide the groups of theater-goers from one site to the next, giving them little humorous inklings of what might be in the next piece and involving them in installation pieces as they move from set to set. For set A this can be confusing since there are four sites and five plays and groups of people crossing paths as they move from one place to another. Color-coded and carefully mapped out, everyone gets to their viewing area and the piece begins. Each group in set A has to perform the piece up to four times.

I knew that getting a feeling for the event would only be possible at the moment when all the casts were at the theater, so rather than going to individual rehearsals, I got this footage at the last minute and was able to collect a more interesting collection of interviews and contact with the artists who were, after months of work where ever they chose to meet around town, finally all in one place.

Overall, the 10Fest plays express the joy of theater and of a process of creation that is uniquely community-based and all-inclusive (although often PG-13). Two productions are bilingual (Ojibwe, Spanish); one involves dating the audience; many address issues surrounding guns, gender, cowboys, and the environment. A left breast talks to its owner before a biopsy, and fairytales are told with an accordian or guitar as background music. Then, the party goes on after the show is over. What more could you want?