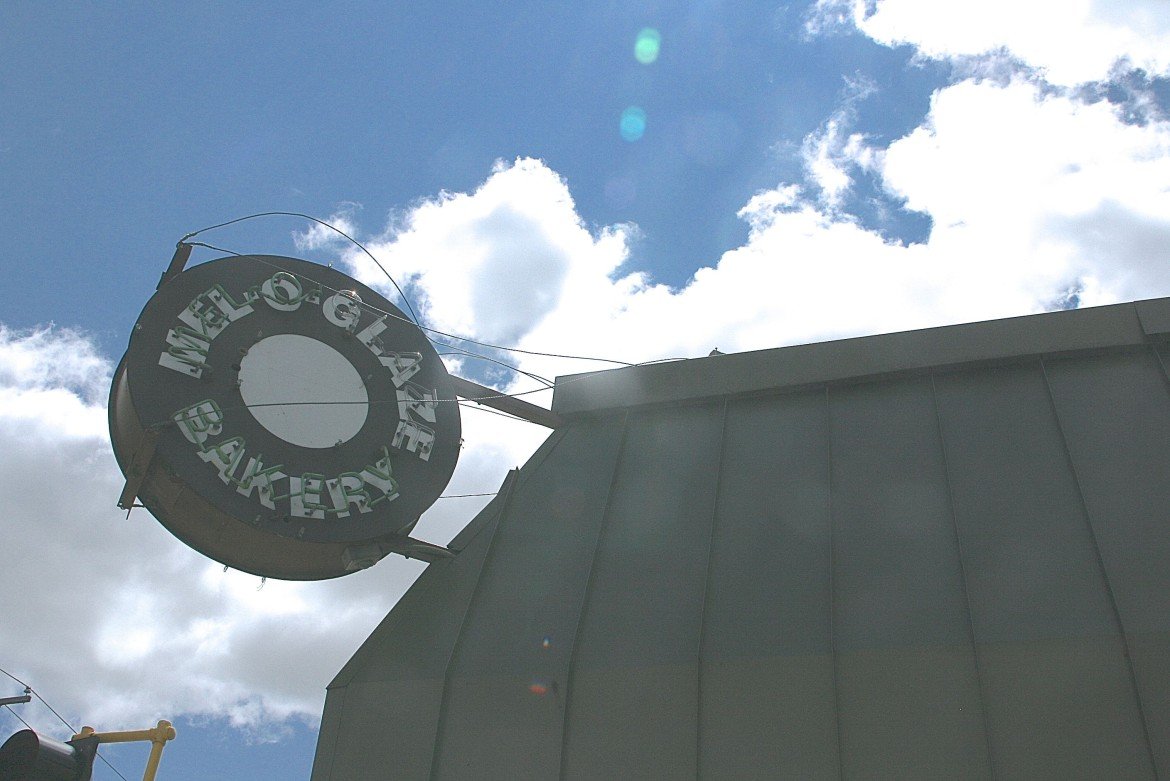 By 8:00 on a Tuesday morning, the raised and glazed doughnut holes, nicknamed ‘Legal Crack Balls’, are already gone. By noon, Mel-O-Glaze Bakery is running out of other favorites, like rum soaked walnuts stuffed into puff pastry dough, slices of baklava, or pecan bars. And the kolacy are down to a last few.

People are still coming in as they have for the last 54 years, to grab a few doughnuts or sit with friends, sipping free coffee and nibbling on a sugary bearclaw. Forget the newest, hippest doughnut shops. Forget the edgy toppings. This place is the real deal.

The 1920s building once held six small businesses, becoming a popular bakery in the 1940s. Then, on April Fool’s Day 1961, Paulette Bosela’s family bought it. Bosela shows off an old photo from that day, with parents and the kids posed outside their new business. “We did well,” Bosela said. “We had six full-time bakers. It sent my brother and me through Breck,” referring to the local tony private school.

Bosela bought the bakery from her folks and ran it for years with her brother, Edward. She works the front counter on weekends, but during the week, relies on her staff. She’s a stickler for quality, giving away a loaf of day old chili infused, red-colored Diablo Bread, “But only if you promise only to make croutons with it.”

She points out one defective doughnut. “I wouldn’t sell that one,” she says. “It is too small and well…not perfect. We’ve been here for 54 years and there’s a reason. You can’t sell a bad product and expect people to come back.”

At age 75, part-time employee Vicki Saxrun says she loves working with the customers. She comes in most days around 2:30 AM, a little later if the baker is early, and usually leaves around noon. “I like it here. This is a great bakery and a great place to work,” she said.

The old-school bakery remains popular with neighborhood locals. But now, people who once lived in the local Keewaydin neighborhood drive in from the suburbs (or beyond) to get their favorites. Amy Nobel-Seitz came from Northfield looking for the doughnut holes. They were sold out, so she settled for a raised and glazed doughnut. She takes a bite and makes a happy sound. When she lived in the neighborhood, she came in with her mother almost every day, she said. “It was our favorite place.”

“If you want the doughnut holes,” Saxrun advises. “Call ahead and order some. We’ll have them waiting for you. We can even bring them out the curb for you.” 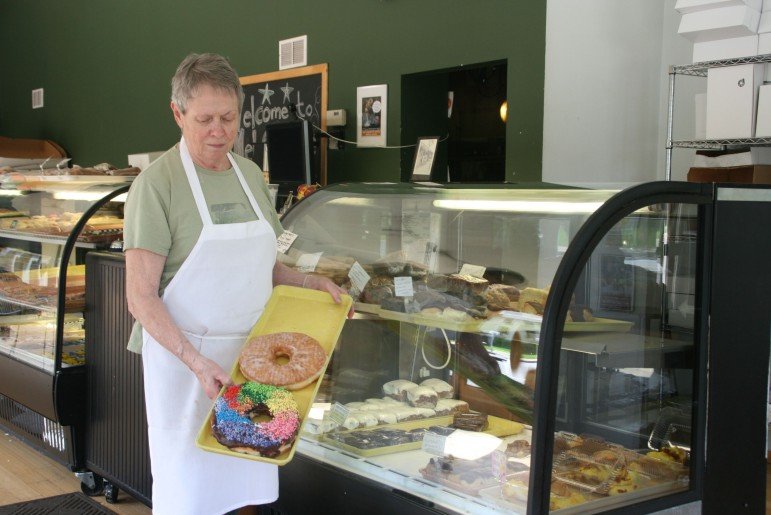 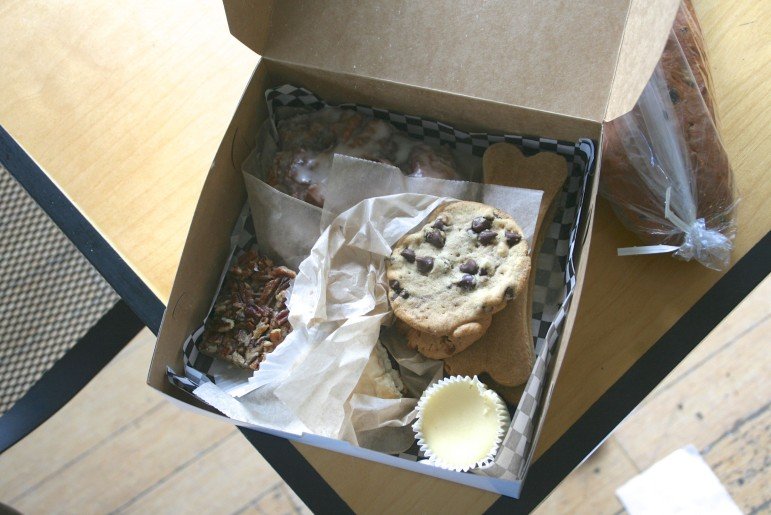 A mix of sweets, ready to take home. 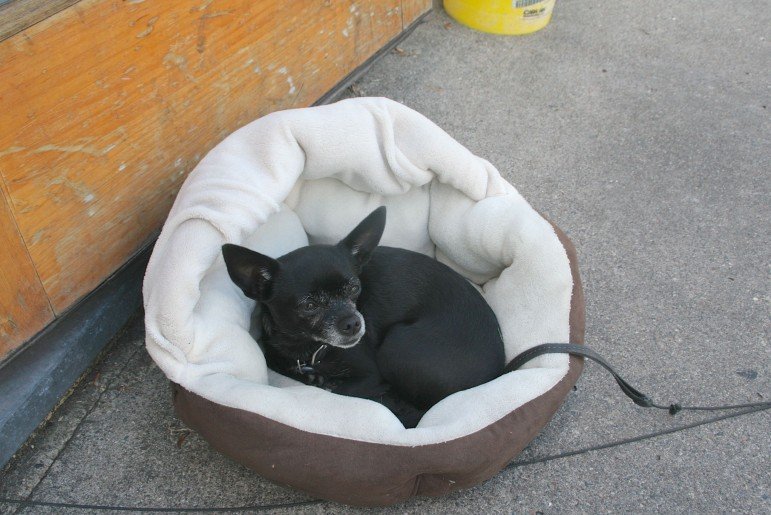 Baby greets customers outside the Mel-O-Glaze.

For a couple of years, the doughnuts were moved to a side room, with the front of the shop operating as a dog bakery run by Paulette’s brother, Edward. Dog lovers could purchase bone-shaped chicken flavored dog cookies, or rent the place for dog parties. It became a favorite of dog lovers, serving as a meeting place for everything canine, from small-dog meet-ups to English bulldogs birthday parties, where a couple of dozen dogs would snarf down the dog-healthy birthday cakes. The dog’s name would be written in script on the beef flavored confection.

But while the dog bakery remained busy, Edward made a personal decision, suddenly closing the dog bakery. And again, the sweet pastries moved back to the main store.

The bakery is still dog friendly. Baby, a black Chihuahua, sometimes meets and greets folks outside the door. And you can still buy the tested-on-dogs chicken-flavored dog biscuits, made with rye flour, peanut butter, and chicken broth.

The shop has an edgy side. Edgy adverting posters hang on the wall, and Bosela has no plans to put them away, trusting her customer’s sense of humor. One of the less controversial asks, “Which would you rather have after sex?” (95 percent would like Mel-O-Glaze donuts.)

“I have lived a blessed life,” said Bosela. “I woke up when I turned 40 and thought about what I wanted to do, and this is it. You have to enjoy life, because you won’t get out of this world alive.” 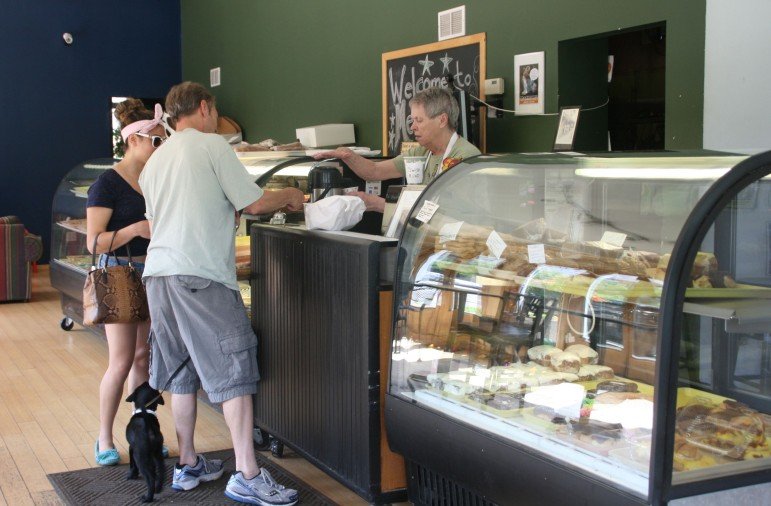 A steady stream of customers come to the shop for their favorites. 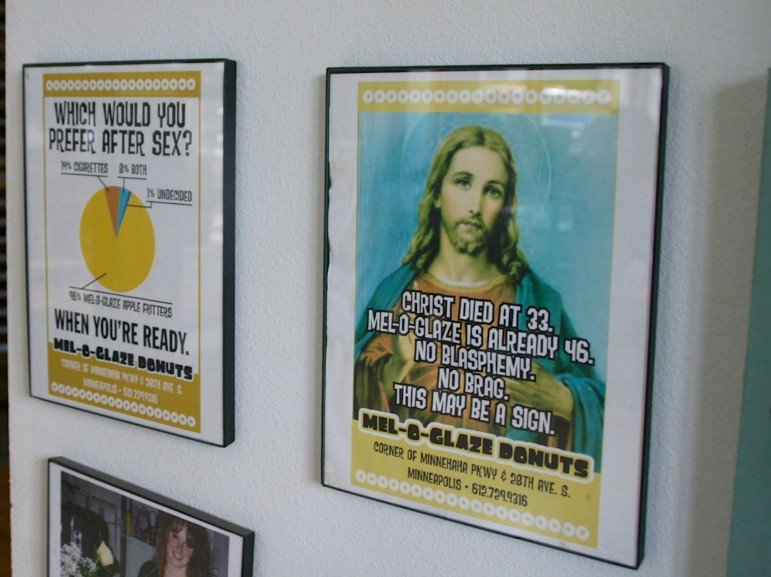 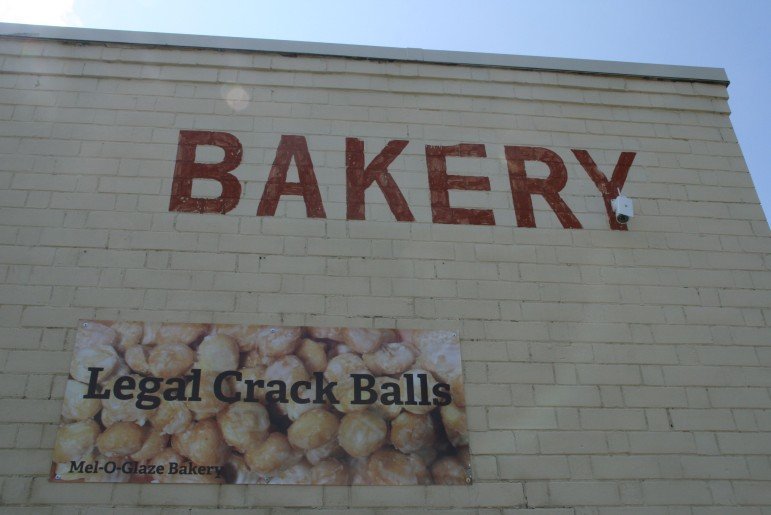 The doughnut holes are the most popular item, dubbed ‘legal crack balls’ by customers. 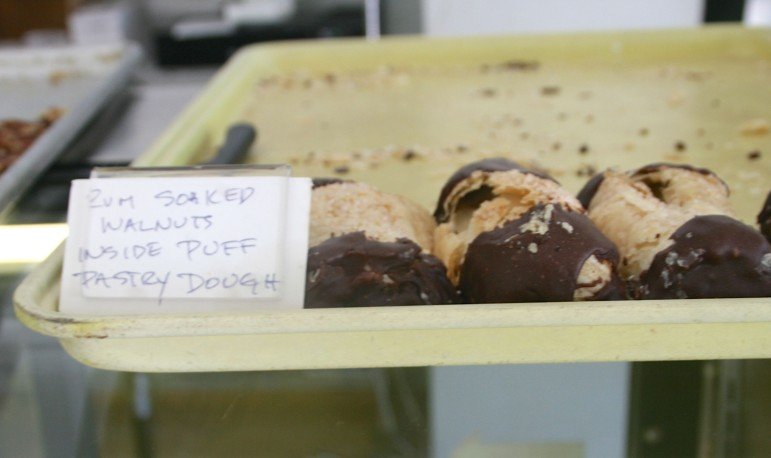 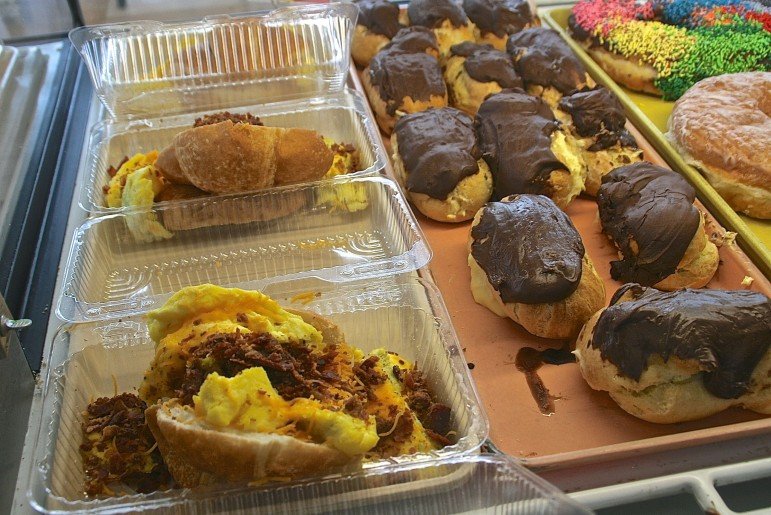 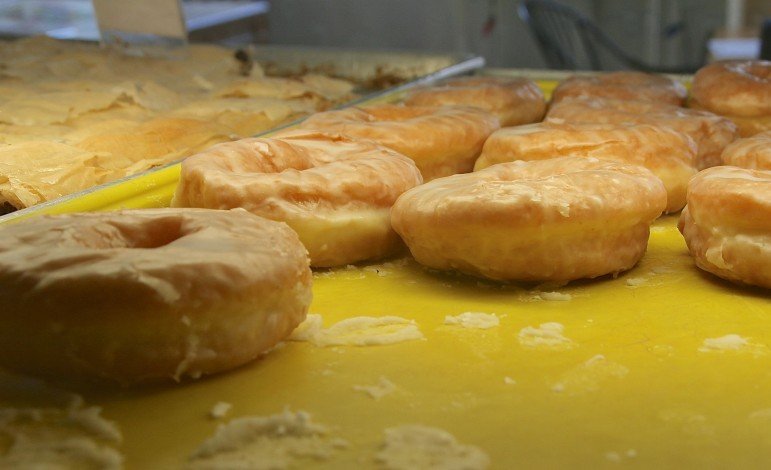