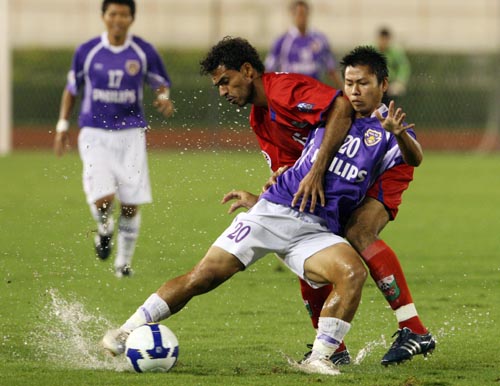 The kicks! The slides! The hair! And those uniforms! I know that’s what you’re watching for. As the World Cup began last week, Laos is again sitting back and watching the big guys with the big money kick around the big balls.

Although never entering the World Cup, Laos started their national football association in 1951 and has upped their game in small scale competitions run by the AFC (Asian Football Federation) for emerging countries in the AFC Asian Cup and AFC Challenge Cup.

Football, the world’s beautiful game, is more than just the national pride and joy of its hardcore fans but it’s the economic bread and butter of the country it plays for. The head honchos who run FIFA have been under fire for being filled with socio-political tension and just as much sly under-the-table corruption as leading world superpowers.

If you haven’t been following the national team in Laos, one would wonder how a team from a developing country fits in all of this? Do they have what it takes to play with the big guys? If only FIFA member countries functioned the same way as nation-states, we’d be seeing interesting match-ups. The SEA (Southeast Asian) Games became the tipping point for foreign investment in Laos and since then, we’ve been watching how Laos plays their catch–up role in the international arena.

We caught up with Coach Thevarith Chanthavone (aka Coach TC), a Lao American educator and sports coach in Vientiane; to get his insights on the state of Laos and football. 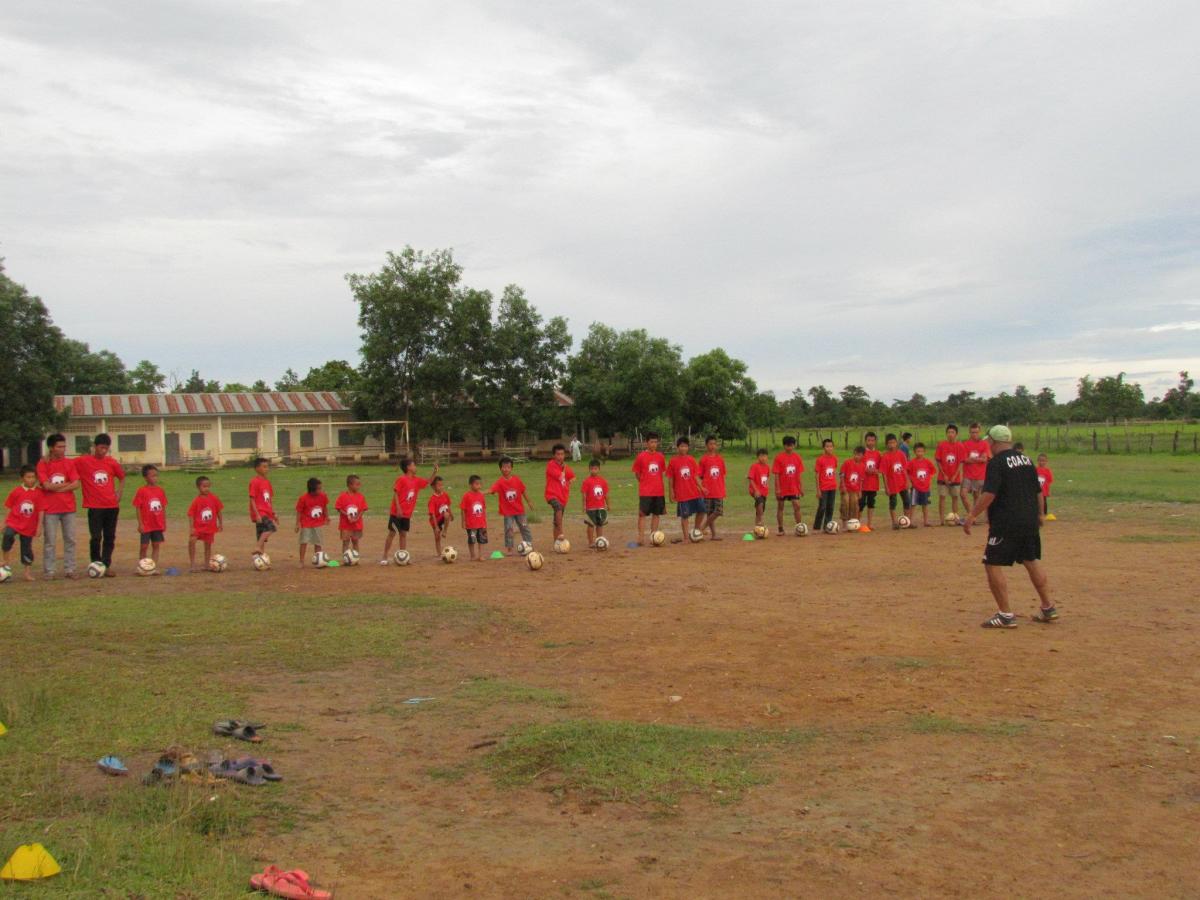 Coach TC and students of TCFC

How is everyone watching football in Laos?

TC: On Thai TV. TrueSports (True TV channel) was forced to provide coverage of the World Cup and Lao bought rights to televise the games, but the public needs to buy a cable top set. Some restaurants and bars will air the games delayed. [See Vientiane Times article below] 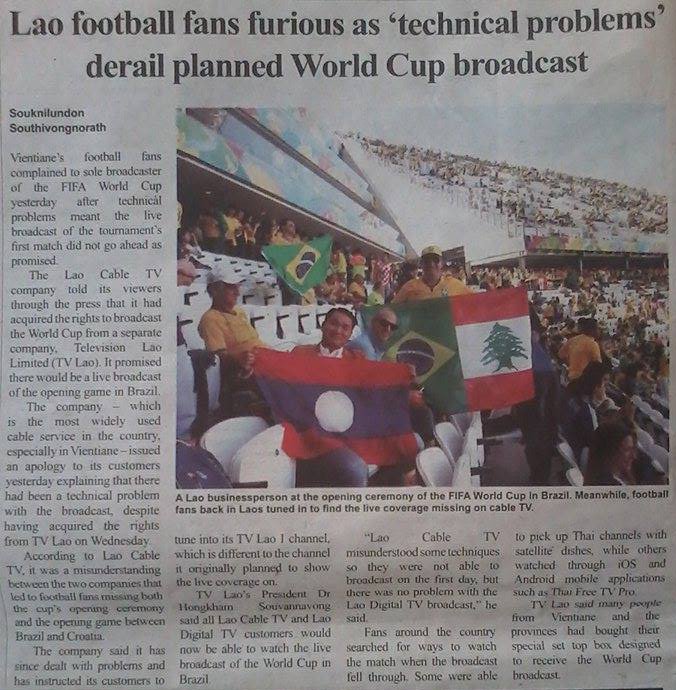 What is Laos’ position to be in a future World Cup?

TC: It will take Laos awhile for us to qualify for the World Cup. We have to improve our infrastructure first. In my humble opinion, Laos will qualify for a spot in the tournament in about 10-15 years.

What does football mean for the Lao?

TC: Football is massive in Laos. It’s the most popular sport. Like most countries, every boy aims to be a professional player. Going back to the question of qualifying for the World Cup, Lao women will have a better chance of making it than Lao men. Girls are just as interested in football as the boys. There is just not much support.

Finally, who are you rooting for and why?

TC: I’m rooting for the US. I lived there my whole life. The US will have a tough task, but in true American spirit, if we believe in each other, work hard, and believe; anything is possible.

Keep posted in an upcoming interview with Coach TC. Learn more about his vision and work with children in the name and love of sports on their Facebook page: The Chanthavone Football Club (TCFC).

[Side note: after this interview, the first USA game was with Ghana and the Americans beat their opponent for the first time in a World Cup challenge]

I’ll watch the Laos national men’s or women’s team on the big screen any day. Which country are you rooting for in the World Cup?

Check out these few highlights on Laos and football:

At top: The Lao foot work