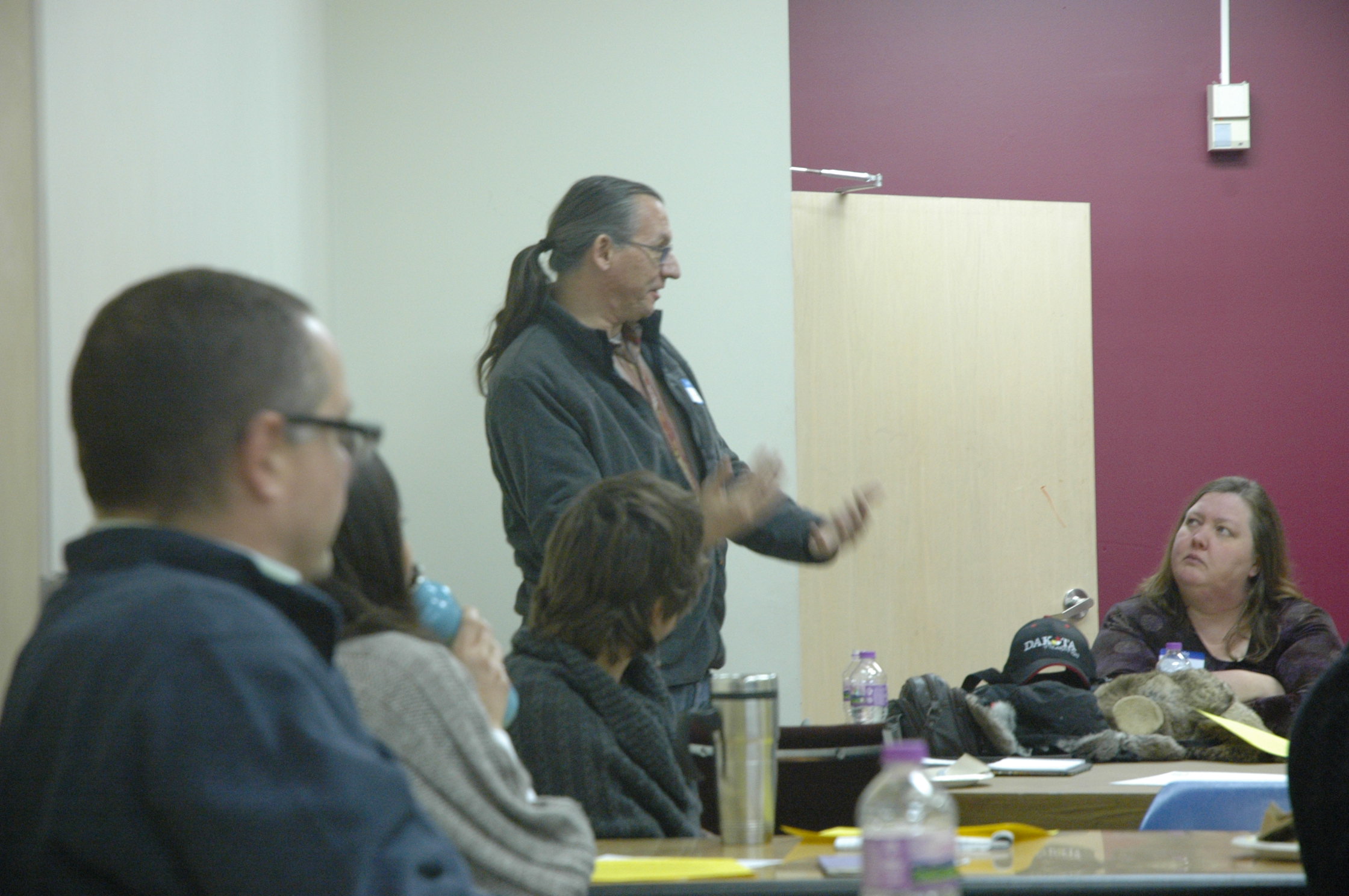 In January, a small gathering of interested parents met at Migizi Communications to learn and ask questions about Bdote Learning Center, a new charter school that aims to offer Dakota and Anishinabe language immersion as a key part of its curriculum. Organizers hope the school, which would be the only school in Minneapolis to offer immersion courses beyond kindergarten, will open in the fall of 2014, starting enrollment for K-3 students (with a goal of 100 students) and then adding grades each year.

At the meeting, organizers served wild rice hot dish, corn bread and salad, and described the meeting as a place “where we can all learn together,” said Roxanne Gould, co-chair of the board of directors.

According to Louise Matson, another board member, the idea for Bdote Learning Center developed as part of Phillips Indian Educators. The group looked into self-governed schools option, but as Minneapolis Public Schools had already granted Pierre Bottineau French Immersion self-governed school status, they went in a different direction. A couple of years ago, there was a reboot to the rules for charter schools, and their authorizer went out of business, so there was some rethinking that needed to happen. Now they’ve joined up with Innovative Quality Schools, a nonprofit organization that specializes in sponsoring charter schools, and received authorization as a charter school on September 11, 2012.

CLARIFICATION from Bdote board member, 2/12/2013: “The Bdote Learning Center is in the process to receive authorization for the first time. We did review a number of potential authorizers to find an authorizer with interests that most closely matched the mission of the Bdote Learning Center. It is true that one of the authorizers we were considering encouraged us to pursue another authorizer, as they were experiencing some challenges, but Bdote never applied for authorization with them. The mission of Innovative Quality Schools matches well the innovation and interest in providing an immersion education program for our students. We are very pleased to have the support of IQS and look forward to working with them.”

According to the Minnesota History Center, “Bdote is a Dakota word with many meanings. Generally, it means ‘where two waters come together.'”  The Bdote of the Mississippi and Minnesota Rivers is also used to refer to the wider area that now includes Minneapolis and St. Paul. 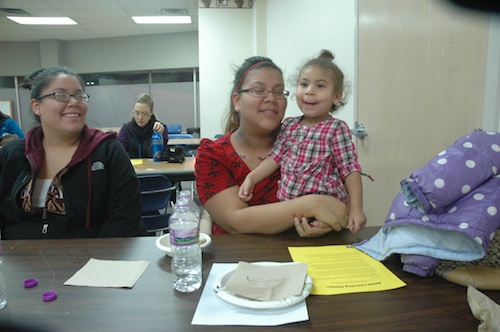 After a meal was served, Roxanne Gould began by saying that the public schools weren’t adequately educating Native children. A group of concerned community members got together to figure out what works best with Native kids, and what could they do, she said.

Parents, educators, and students attended the meeting. For example, Becky Beane, who moved to Minnesota from the Bay Area and whose daughters attended the University of Minnesota to learn Native languages, has been in early childhood education for 38 years. “I don’t speak my Native language,” she said, “but it’s important for me that my grandchildren learn languages.”

A young student named Selena said she was at the meeting because she would like to go to a Native Language high school.

According to Louise Matson, the reason Bdote can’t open until the fall of 2014 is because the school can’t sign a lease until they receive lease aid, which won’t happen for another year.

As a public school, the school will be open to anyone, no matter their cultural heritage. In fact, there was one Latino family in attendence at the meeting who had an interest in the school to give their child exposure to indigenous language, though it would be different from their personal background.

Matson explained that at the school, students would start in kindergarten in an all Native language classroom (either Dakota or Anishinabe) and that English would be introduced as a language art in third grade. They are hoping to find a location in South Minneapolis, as that is where the majority of the community lives. “We have a realtor that specializes in charter schools,” she said.

Bdote will be year-long, following a 45 days on, 15 days off calendar, and will host family and community events on the weekends. “Family involvement is key,” said Gould.

They also plan to work with Leech Lake Tribal College, which will be co-located at the school to help with teacher training, Matson said.

Other goals for the school include reaching out to special education studnts and moving students out as much as possible, establishing a gifted and talented program, and immersing the students in place-based learning, where students have an opportunity to understand their immediate community and help solve issues, according to Matson.

Correction: 2/11/13: This article originally stated that Becky Beane studied a Native language at the University of Minnesota. That was incorrect- her daughters graduated from the U of M and studied Dakota.