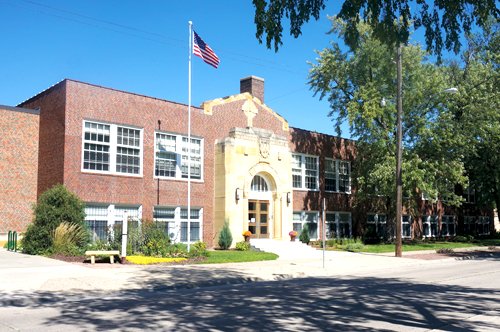 Bdote Learning Center, hosted at St. Albert the Great, features total immersion in Dakota and Ojibwe. Curriculum will be adapted, written and taught in both languages by licensed teachers with guidance from lders. English is introduced as a language art in third grade. (Photo by Alfred Walking Bull)

On Aug. 25, a sunny morning in Minneapolis, Bdote Learning Center opened. The historic beginning marked the end of six years of planning and developing as – children entered the school to study what all children learn in Kindergarten to third grade – except that they will be learning in the Ojibwe and Dakota languages. These languages, now only spoken by a few, are reflected throughout Minnesota in place names and the very names of the city and state where the school is located.

Mike Huerth is Bdote’s first principal. “One thing that attracted me to this school is my love of the Ojibwe language. I have wanted to learn the language since my high school days but somehow, throughout my career in education, I never seemed to have had the time to learn my mother tongue,” he said.

The children swarmed around the principal and he returned their affection with a pat or some softly spoken instructions. He remembered the experiences of children who went to boarding school. Unlike then – when English was forced on children – Ojibwe and Dakota are spoken in a friendly environment.

The first day of school was expected to be somewhat difficult for most of the children. There are a very few who come from day care and pre-school experiences where they did learn Ojibwe and Dakota. For these children, it is easy to converse with the teachers and as time goes by they will also help the other children learn through the natural propensity for children to share language, no matter which one it is.

On Aug. 24, Huerth and the teachers and some of the board members gathered for two important ceremonies: a pipe ceremony conducted by Bdote’s Curriculum Coordinator Deidre WhiteMan and an Ojibwe water ceremony, led by second and third grade teacher Lisa Bellanger. Those ceremonies marked the end of a six-year journey from when the idea of a language immersion school was proposed to moving into St. Albert’s at 3216 E. 29th Street in South Minneapolis. The many words of encouragement and hard determination pushed the school forward through what seemed to the Bdote board of directors, nearly impossible odds.

Huerth looks forward to a successful year. The school has a capacity of 104 for the 2014-15 school year and over 90 students are enrolled. Full enrollment is likely once families make their choices in the next few days.

WhiteMan worked with artists and curriculum developers for several months to prepare materials for the students. The art and written materials will help students better understand spelling and grammar in Ojibwe and Dakota and give them content for lessons.

Elaine Salinas, Chair of the Bdote board knows the story of the development of the school. “Beginning in 2008,” she said, “a group of Indian educators, Native language activists and community members began to discuss a new kind of school for Indian children. We envisioned a school that would honor and incorporate the cultures and languages indigenous to Minnesota, as well as a school that would develop and nurture the genius of Indian children – a school unlike any school that had ever existed.”

The Minneapolis Public Schools agreed with this vision and it was looking for a school to replace Oh Day Aki Charter School that they had closed earlier that year due to mismanagement.

Over the next six years, Salinas said the group met regularly to formulate a vision and plan for the school. “We originally pursued the idea of a ‘self-governed’ school only to learn one year into the process that MPS would not financially support such a start-up as originally promised. We then decided to pursue a charter with the belief that the chartering process would enable us to create the kind of school that would not be constrained by the restrictions and requirements of regular public schools.” 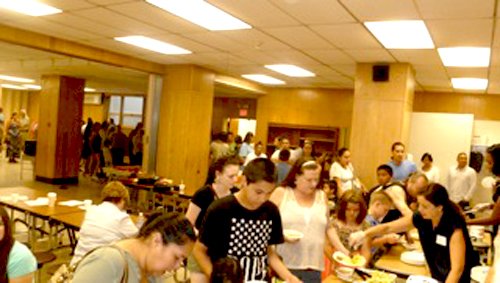 Salinas and her group pursued several authorizers for our charter school and finally found an understanding and supportive single purpose authorizer, Innovative Quality Schools – the first single purpose charter school authorizer approved by the Minnesota Department of Education. They shared a vision for a school that would not only honor indigenous languages but allow it to deliver academic instruction through the languages.

The group sought approval for a charter school affidavit by the state education department, which occurred after several months and many discussions. “The misunderstanding that MDE initially held was that Bdote would be a school that would serve Indian children exclusively and therefore be a ‘race specific school.’ We clarified that Bdote was not intended to serve only Indian children and would be open to any child interested in learning the Ojibwe and Dakota languages. We also clarified that according to a huge body of case law, Indians are considered political groups, not racial groups, by the federal government based on our historic government-to-government relationship,” Salinas said.

The Minnesota Department of Education approved the charter for Bdote Learning Center in 2013. Since that time, the Bdote board worked to shape the curriculum, hire the teachers, find adequate facilities for the school and identify the school’s leader. A new door opened for Minneapolis children and their families into a school where Minnesota’s native languages will be heard and learned in every day. As the school progresses and a grade is added each year, fluency in the Ojibwe and Dakota languages will be heard among students throughout the school, reversing out a dark past of forced English language learning based on corporal punishment.