It was plural nouns night Thursday night at the 7th Street Entry when pop acts Houses, Braids, and headliner Baths took the stage. I’ve got another plural noun for you: fun times. It seemed that everyone there—the crowd and the bands themselves—had a genuinely great time.

Before he even played a note, first opener Houses (Dexter Tortoriello) perfectly set the tone for an evening of chill electronic jams. Coming on stage barefoot and wearing a Baths t-shirt, he took his place behind a table full of the type of futuristic instruments so typical of the genre, including a drum machine and “one of those keyboards that you blow into,” said Jay Gabler. “Oh God, I could’ve guessed.” It dawned on me approximately halfway through the first song that this is so the 80s hair metal of our generation; our children will certainly make fun of us for this. (“He’s playing a rectangle!” Jay exclaimed.)

The crowd, on the other hand, was much less cynical, and the energy and enthusiasm only increased as the night went on. One particularly excited fan shouted things like, “Yeah!” and “Beautiful!” after every single song each band played. Most fans expressed their enjoyment in more pensive ways; bros in buffalo-plaid shirts and intentionally unkempt hair with eyes rolling back into their heads in ecstasy swayed along to the beat; doe-eyed girls, large black Xs on both hands, leaned over the sound equipment and stared yearningly into the band members’ eyes.

By the time Houses finished his enjoyable set, you could tell the place was ready to move. Fortunately, Braids did not disappoint, as they turned the chill down and the intensity up a notch. As popular track “Lemonade” escalated towards the powerful repetitive chorus, “All we want to do is love!” the crowd really let go.

Lead singer Raphaelle Standell-Preston’s voice, evocative and edgy on their debut album Native Speaker, was raw and righteous live—even borderline hysterical, in a good way. The finest moments of their set came from beautifully jarring (think Dirty Projectors’ “Stillness is the Move”) harmonies from Standell-Preston and keyboardist Katie Lee.

When Braids finished their set and left the stage, taking all the “real” instruments with them, I wondered whether Baths (who, it appeared, would return to the MacBook-and-drum-machine combo), would be able to maintain the energy. The answer to that question, it turned out, was an unequivocal yes.

Baths is L.A.-based Will Weisenfeld, a classically trained pianist who formerly put these skills to use as the one-man-band [Post-Foetus]. (Yes, the brackets are part of the band name.) Baths is a departure from this piano-driven sound and is a conceptual electronic project often compared to the likes of Toro Y Moi and Flying Lotus.

Conceptual it was, as his styling was certainly less conventional than the previous two acts. The beats would swell up to a climactic point where you could feel the crowd begging for him to “break it down” and he would, but in sort of an unmetered, unpredictable way that made it a little hard to dance along to (or at least to look cool while dancing to).

That didn’t stop us, though, as the whole place totally let loose. Everyone was grooving along, including Baths himself, who twisted the knobs and punched the buttons of that drum machine like nobody’s business. It was almost like we were watching performance art. John Wallace tweeted, “Bath’s beatbox is like a freaky appendage extension of his body. Hypnotizing to watch,” and Jay observed, “Notice how he operates his rectangle with such big gestures.”

And operate that rectangle he did. Track after track, Baths continued to build up the party-like atmosphere, kept the crowd moving, and certainly made a new fan of me. When we were preparing to leave, adrenaline still coursing through my body, I turned to Jay and said, “Is anything happening now where we can go dance, or should I just go home and buy this album?” And that, I’d say, about sums it up. 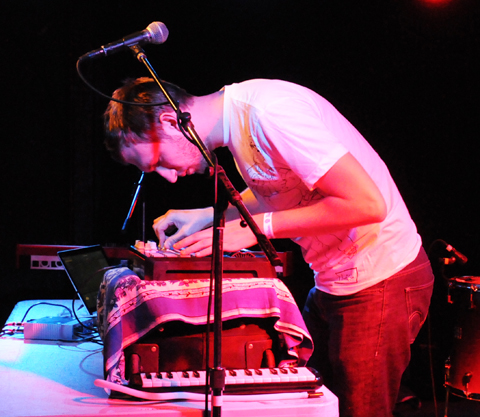 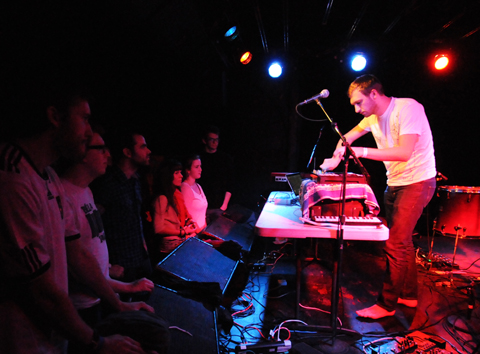 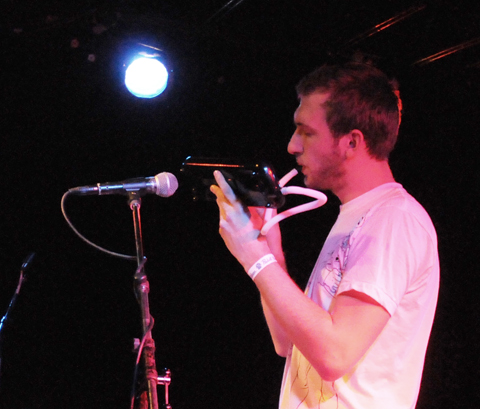 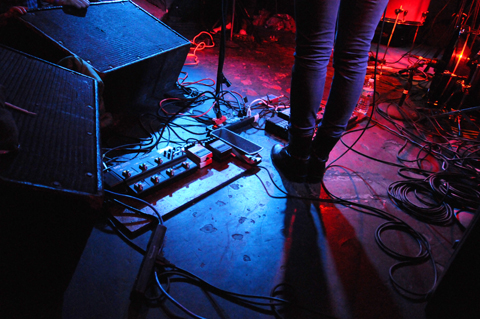 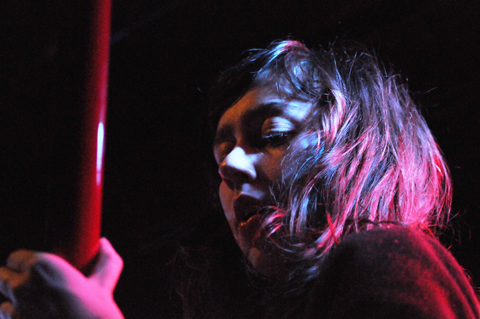 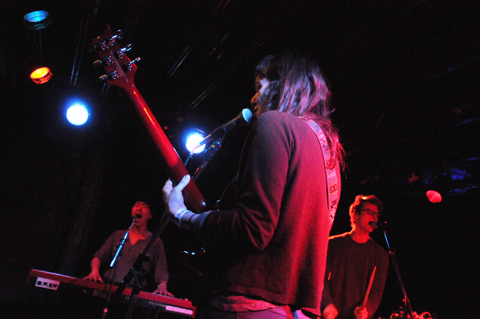 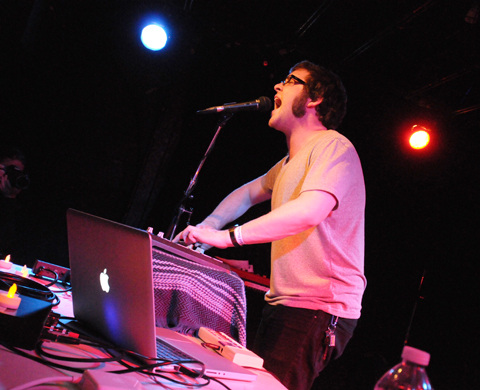 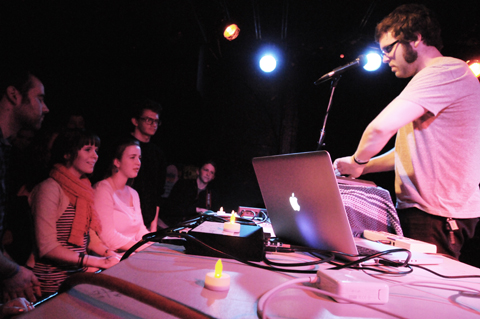 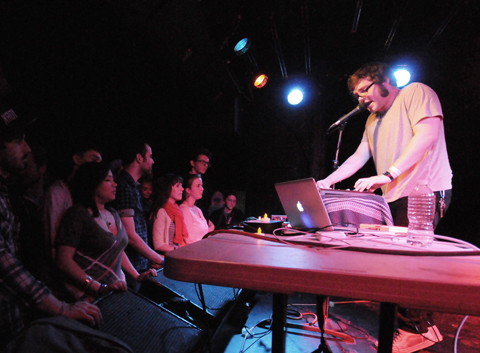