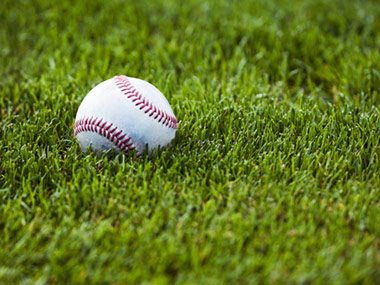 It’s not an ideal day for baseball, but that won’t stop the Minnesota Twins from opening their 2013 season today at Target Field, which also means the planting season is fast approaching for Minnesota farmers. An uncertain weather forecasts also looms over the farming season’s open, with prospects for both spring flooding and summer drought.

Frederick Manfred, the late Minnesota author from Luverne, made the springtime connection between farming and baseball in a 1947 book, This is the Year (Doubleday & Co). Until bad weather, or stiff arms, poor fielding and weak hitting prove otherwise, farmers and baseball players usually approach the start of their seasons with exuberant anticipation.

The collaborative Minnesota scientists in the working group noted that last fall’s soil conditions reflect current conditions for the start of the new season. Though fields are still mostly covered by snow, most of that moisture will run off with thawing because the ground below is frozen – which can cause both flooding and drought in the same year.

Also late last week, USDA announced that American farmers stated in surveys they intend to plant a modern record 97.3 million acres of corn this year. That could change if dry fields discourage corn production and farmers shift to crops that need less moisture.

In Minnesota, wintertime surveys of 2013 planting intentions found farmers anticipating 9 million acres of corn, 6.8 million acres of soybeans, and 1.3 million acres of spring wheat among major field crops. At this point, agronomic conditions appear as untested as the Twins pitching staff. But a few warm days, a little rain, and the start of a new season does tempt farmers, ballplayers, and fans to at least hope that “this is the year!”