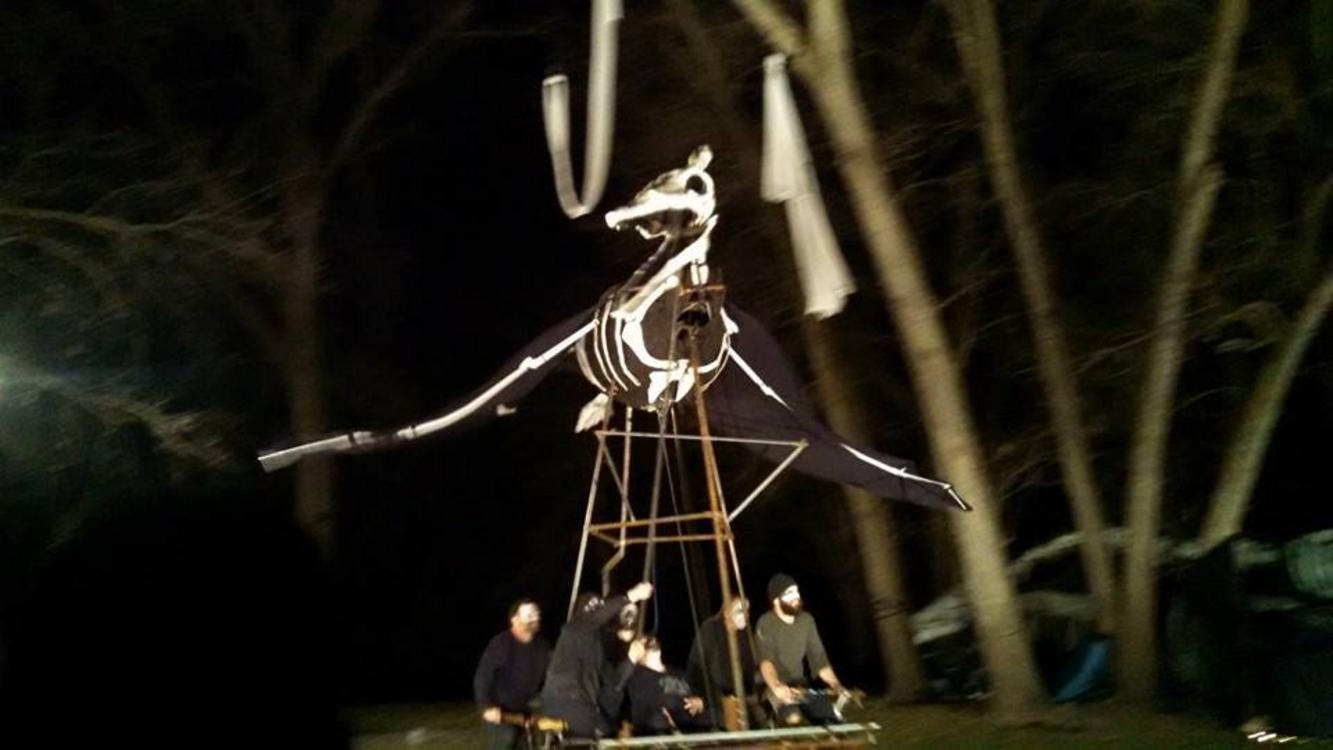 BareBones has been producing Halloween extravaganzas for 21 years. The themes embrace the time and space between two worlds brought on by the intersection of those worlds around Halloween. There’s always a look at the worst of humanity and glimmer of the best. The program outlines this year’s theme in greater detail:

Metamorphosoup is an emotional investigation of the process of loss–loss of community through conflict, love of loved one by death and loss of oneself as we flow through the grieving.

The show is performed outdoors at Hidden Falls, tucked away behind the former Ford Plant in the secret pocket of Highland Park. It’s dark, it’s near the River, though you might not know it in the dark except that there’s a watery chill in the air. The trees are old and it feels remote–even to someone like me who grew up nearby and once knew the park well. There are some 250 volunteers, actors, musicians, artists in the show and hundreds more come to see it–especially on an unseasonably warm evening like Sunday night.

The audience sits on hay bales–or on the ground close to the stage, which is really just a clearing. In past years, the show has moved between acts. This year we stayed in one location, which I loved since we had perfect seats up front! There is a camaraderie in the crowd. Lots of kids asking “what’s happening?” Lots of parents bluffing answers. In cold weather lots of stranger getting closer to keep warm.

The shows are conceptual and I go with the hope that I’ll understand the night more like a poem than a story. This year’s poem had some amazing lines and imagery! Including…

The show also included aerialists, fire dancers, other-worldly singing and music, fighting dinosaurs (which involved the metamorphous of the former White Bear Pedal Pub from the Ice Shanties event last year) and group singing. Something for everyone. I always enjoy the BareBones production—this year even more so than usual. It’s on over Halloween weekend. You should make time to go!