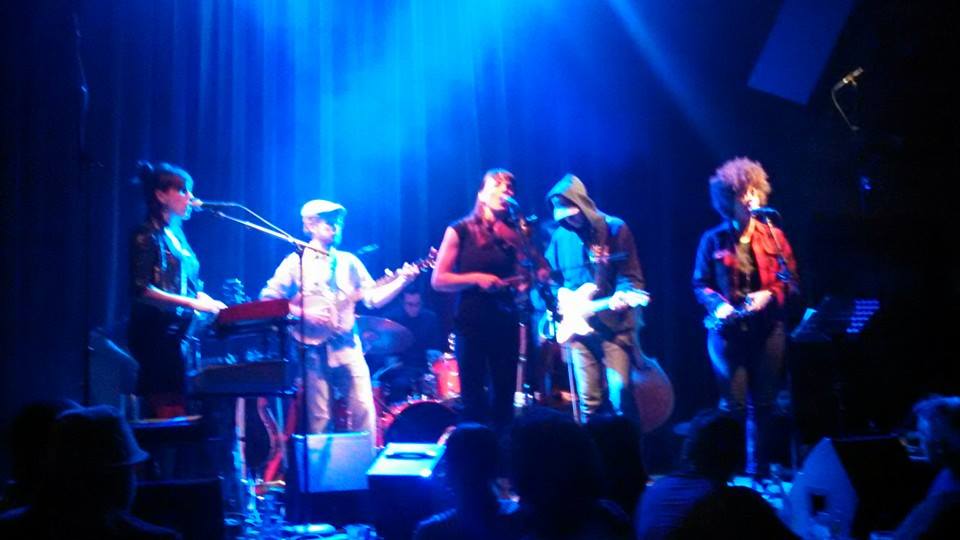 Both on and off the stage, we were shoulder to shoulder at the Icehouse last Saturday night for the release of Barbara Jean’s latest CD, Darker Than Blue. I didn’t know the stage could hold eight musicians but the close quarters was worth it once the music started.

Barbara Jean has a gentle voice almost wistful at times that suits the Americana traveling sound of her songs such as Siren Song or Small Town and the last song at the prom feel of Long Walk Back. But then she can pick up the pace easily for a song like What’s Right, which is much twangier with some impressive string accompaniment. I think What’s Right is the most memorable song from the night and the CD; it was fun to learn that the song was written in honor of her parents – both lifelong teachers and both in attendance on Saturday night. What For is another toe-tapping song with a sassy feel, a gypsy world beat sound and featuring Chastity Brown whose own lower, grounded voice blends so well Barbara Jean’s sweet voice.

Amidst the Americana, there was also a Celtic flavor stemming from the violins and viola; my favorite part of the night was hearing the dueling violin-viola. That and just the variety of sounds that comes from a musician who plays several instruments on a stage (violin and banjo) and a stage full of equally talented musicians such as Erik Koskinen (electric guitar), Chastity Brown (vocals), David Huckfelt (acoustic guitar), James Buckley (bass), Alex Ramsey (keys) and Joe Savage (pedal steel). Barbara Jean herself noted that there are some special effect that add hurdy gurdy sounds to the new CD, which does seem to have greater depth or a new dimension from her earlier work, The Great Escape.

The show was recorded and will be aired on KFAI near the end of the year; it would be worth checking that out and I’m sure details will be posted on the websites for KFAI and Barbara Jean.