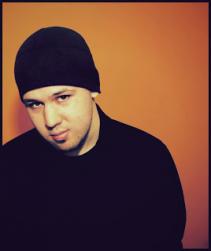 Some people will look at a Van Gogh and just see a bunch of stupid dots. And no matter how passionately or rationally you argue about the importance of stepping back to see the larger image that all those dots create, they will insist on pressing their faces as close to the painting as possible, inspecting each dot, one by one, convinced that all those stupid little dots aren’t really “art.”

Lots of people have already spoken out about Bar Louie’s new dress code (here’s Ryan Williams-Virden’s take, and here’s an overview from The Root). I won’t re-state all of those arguments. The dress code is racist and classist. So why do these dress codes keep popping up, all over the country? Why do the same tired arguments get trotted out, again and again? Why do so many of us insist on pressing our faces right up against the specific elements of each example instead of stepping back and seeing the big picture?

I think part of it has to do with “aversive racism.” If you follow my writing, you may have noticed that I’m not a huge fan of social justice jargon. I try not to use terminology that’s only accessible to grad students and hashtag jedi knights. But “aversive racism” is a really important concept, one that gets to the root of how racism functions in the US today.

There are plenty of more technical definitions out there, but I’ve always just thought of aversive racism as “racism with an excuse.” It’s about how racist thoughts, actions or policies get rationalized as not being about race.

The classic example is busing– white parents can state that they believe in equality and that everyone should have access to a good education, while also stating that they don’t want their tax dollars to go toward busing in students of color to their children’s schools. No matter what’s going on in their hearts and minds, no matter how sincere or duplicitous they’re being, no matter how valid or invalid their concerns are, the resulting policy hurts students of color.

Proponents of voter ID laws aren’t explicitly trying to suppress votes from communities of color; that’s just a “side effect” of a policy they say is important to securing our democracy. In reality, some of these Republicans support voter ID laws because they know that they suppress these votes, while some of them really believe that they’re doing the right thing and protecting the process (even if only .00000013 percent of votes cast are actually fraudulent). But whether it’s intentional or unintentional, the impact is the same: people of color disproportionately lack photo IDs, so voter ID laws disproportionately suppress their votes.

But as soon as you point that out, you’re “playing the race card.” Policies that hurt communities of color can be instituted because on the surface, they’re colorblind. There’s a seemingly rational excuse.

Look at the criminal justice system. As a society, we can justify locking up African-Americans at six times the rate we lock up white Americans, because, you know, “they did something bad.” And when you do something bad, you get punished, right? Nevermind the disparities in what neighborhoods get the most police attention. Nevermind the differences in how white and black offenders get charged and sentenced. Nevermind the history of institutionalized economic and social isolation targeting communities of color. Nevermind the fact that our prisons don’t rehabilitate prisoners and many will end up being repeat offenders. Nevermind the rampant gerrymandering that has allowed white politicians to pander to all-white districts with “tough on crime” policies that play off decades of racist stereotypes.

But again, point any of that stuff out, and you’re “playing the race card.” We don’t want to explore why things are the way they are; we just want to live in a world where “bad people go to jail.”

Which brings us to dress codes. A bar or club can ban baggy clothes, long white Ts, and straight-brimmed caps, and say that they’re just trying to create a certain atmosphere, or attract a particular type of clientele; as a business, they have the right to do that. They can say that the clothing they’re banning doesn’t just apply to black people, that it’s a colorblind policy. They can accuse their accusers of assuming that all black people wear baggy clothes, long white Ts, and straight-brimmed caps. But again, these are dots. Step back.

If you can’t see why this is racist and classist, you’re willfully blocking something out. Rationalization is a hell of a drug.

If we keep defining “racism” as only the most explicitly prejudiced words and actions, or as just a few neo-nazi weirdos on the internet, or as something that used to exist but then “we freed the slaves”– we’ll never be able to step back and see the bigger picture.

Recognizing the Bar Louie situation– and dress codes in general, because this is happening all over the country right now– for what it is is a baby step. Connecting it to things like gentrification, and microaggressions (again, sorry for the jargon but that’s another really important one), etc. is a great second step.

But that “big picture” is BIG, and there are miles and miles to go. Further reading: