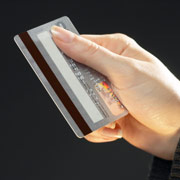 As Minnesotans continue to debate whether to restrict voting to citizens with government-issued photo identification, the lack of another kind of plastic card already denies many people access to services most of us take for granted. We’re talking about credit or debit cards required for bicycle- and car-sharing programs.

A significant minority of Americans, most at the low end of the economic ladder, remain “unbanked,” conducting all their financial transactions with cash or money orders. Many could benefit from short-term bicycle and auto rentals if a bank card weren’t needed to track users and prevent theft. Even some young or low-income cardholders are blocked by steep security deposits that can exceed a card’s limit.

This is particularly vexing for the bicycle-sharing programs springing up across the country, often with public subsidies that should come with a guarantee of equal access. Nice Ride Minnesota, the first modern bike-share network in a major U.S. city, is aware of the problem and looking for solutions, especially since its 2011 expansion into low-income neighborhoods like north Minneapolis and St. Paul’s Frogtown.

He said Nice Ride has consulted with Capital Bikeshare in Washington, D.C., over “Bank on DC,” a pioneering collaboration with a bank and a credit union that offers no-fee accounts along with discounted bicycle-rental membership. In San Francisco and Ithaca, N.Y., car-sharing programs have partnered with credit unions to promote access to both autos and financial services.

“We do not yet have a similar organization here,” said Dossett. “Nice Ride is definitely supportive of efforts to create one … We do expect to continue collaborating with partners in north Minneapolis, Phillips, Cedar-Riverside and Frogtown for years to come to introduce people to active transportation, often one new rider at a time.”

Regular biking can reduce high rates of obesity and heart disease in low-income areas, he added. Here’s hoping we can find a way to marry the health and mobility benefits of bicycle-sharing with increased connections to the broad financial network.