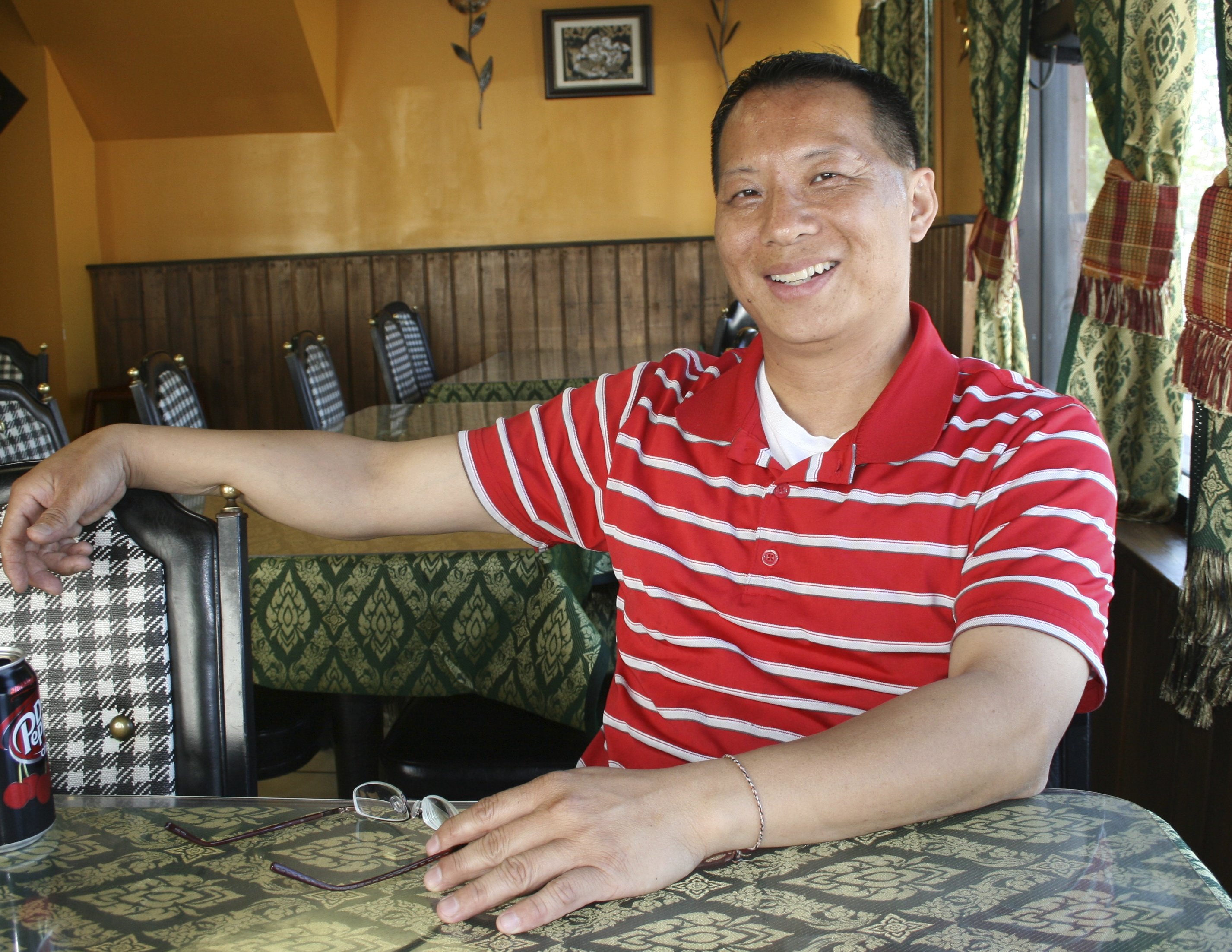 “When we started, people were like, ‘Are you nuts? The light rail’s going to come here. You’re going to have grand opening, grand closing.’” Jai Vang, owner of Bangkok Cuisine (432 University Ave. W., St. Paul), says he heard what people were saying, but felt compelled to go forward.

“Just like in life, a storm hits, you weather it, and the sunshine comes through. That’s what you do, that’s where you make your opportunity.” Ever the optimist, Vang adds, “It’s good to have a certain conviction, a belief that it’s going to have a positive outcome.”

A path to an unanticipated destination

Jai Vang was born in Laos. His family fled to Thailand, where they lived in a refugee camp, before relocating to St. Paul when Jai was seven. “This has always been home to us, as my dad always believed that if you settle you have no reason to move.”

The Vang family lived less than a half mile from the restaurant that Jai opened in 2011. For Jai’s parents and other elders, emigrating to the United States meant acclimating to a new, very different environment. His parents, he explains, were agricultural people. By contrast, for Vang and his seven siblings, “it was just new, because we were just kids growing up.” 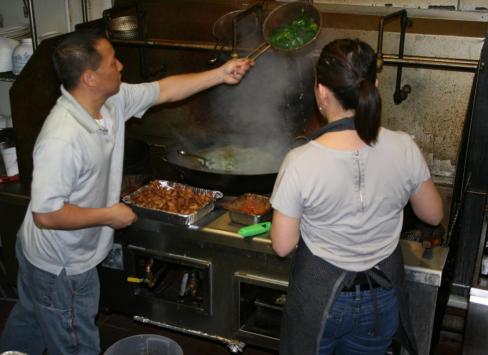 Education is something that Vang’s parents put a premium on, and the United States provided opportunities that the their children would not have had in Laos. All but one has at least a college degree. “To this day, we still bring those values to our own children,” says Vang, “that school and education is the most important thing in your lives.”

Degrees in international business, political science, and public administration from St. Mary’s University took Jai Vang into the corporate world and the nonprofit sector. He has worked for a nonprofit in Green Bay, Wisconsin, and Best Buy Corporation. Vang says he always knew was that he wanted to own a business at some point, though not necessarily a restaurant. “As I was journeying into this, a restaurant was the furthest thing from my mind.”

A combination of time spent in Thailand as an exchange student, and marrying into a family in the restaurant business, converged. He and his wife, Mee Kue, spent some time in Michigan working at her parents’ restaurant. 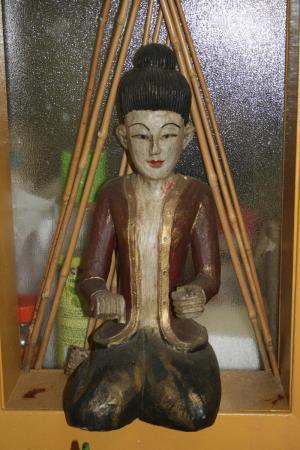 Like neighboring business owner, Hai Truong, at Ngon Vietnamese Bistro, Vang was well aware that the light rail project was on the horizon when he opened up shop on University Avenue. His experience working for Fortune 500 companies, combined with his observations on various travels, had taught him to think both short-term and long-term. He was confident that in the long-term the light rail line would be a boon for business.

“I’m from this neighborhood, this community, and when this opportunity came up, we just had to take it.”

Over time Vang has watched the commercial corridor undergo many changes.

Porky’s Drive-In was emblematic of the thoroughfare’s car culture, and a source of fun, at an earlier time. “The car shows on Saturday and Friday night are gone now….We used to go hang out with just all the cars. You know, it was a time with ‘50s and ‘90s all combined into one.”

What’s now Sun Foods, he says, was once Kowalski’s, and Rainbow Foods was Applebaum’s. He remembers the trips the family took when he was a child. “We would walk to Applebaum’s and buy our grocery and each carry two bags because there was no means of transportation back then.” 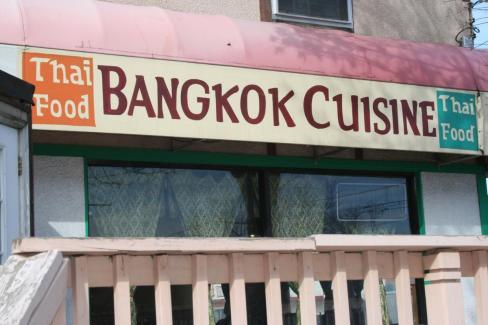 Life in Frogtown and University Avenue became less safe, especially in the 1980s. The Faust, a neighborhood movie theater that was transformed into an adult entertainment center, “brought really bad people to the neighborhood.” The complex was demolished in 1989, after the City of St. Paul purchased it. Today it’s the site of the Rondo Community Outreach Library. All of this happened, Vang explains, because of pressure coming from residents.

The greatest change I’ve seen, is that it has become somewhat safer, in the sense that back in the ‘80s you would, it was a rough neighborhood. You couldn’t walk across University Avenue from Snelling to the Capitol….It was a really rough neighborhood and nobody would dare to walk across it. Daytime maybe, but nighttime it would be really rough for you to try to get from over there to over there.

Aesthetically, things were bleak, too. “Back then it was dirty, you could see glass all over, everything was torn down. Nothing was looked after.” Through much of the 1980s, “it was like an abandoned town here in Frogtown.”

A rebound thanks to Hmong refugees

Vang attributes much of the street’s reversal to Hmong refugees.

This happened, Vang argues, in spite of all of the strategizing and planning of elected officials. “Nothing really stuck,” he says, until there was a base of residents who purchased homes, made necessary repairs, lived in those homes, cut the grass, and cared about the community. “It really moved St. Paul, and particularly this Frogtown area…it changed the dynamic that people see.”

A safer, cleaner University Avenue became an appealing place for Jai Vang to open a business. Knowing that a light rail line was about to be built made the location even more attractive.

The promise of light rail

As an experienced traveler, Vang says he knows that light rail is a fast and convenient way to get around.

A lot of people haven’t seen the world. I’ve been to Europe and I’ve seen what it does for commerce….I’ve been to Washington, DC, they’ve got a good Metro system….I go there, I don’t need a car…You get off the plane, you walk across and catch the Metro, pay a couple of dollars to get on the Metro, it takes you exactly where you want to go. It’s easy to get around. It’s very convenient. So my perspective is different from others who have not seen that.

Accessibility, combined with the promise of a cultural experience, is key. Tourists will be drawn to the Central Corridor if light rail stops highlight different cultures and ethnic businesses. 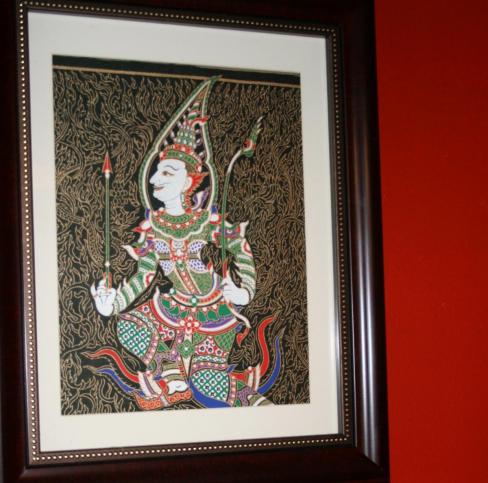 “If you give people different food, different culture, different things that they want to do and visit, you can have tourists here.” It’s for this reason that Vang supports the branding of the area as “Little Mekong.” It will become an area that people will want to be part of. “That’s all the excitement I like to see happen.”

In Vang’s view, the Asian Economic Development Association (AEDA), which is promoting the Little Mekong idea, and the Neighborhood Center (NDC) are two of the organizations most responsible for shaping the Central Corridor’s next chapter—and ensuring that existing small businesses survive and thrive there.

“We talk to AEDA, we talk to NDC. They have wonderful individuals who work at these organizations that have brilliant ideas.” What makes them stand out, he explains is that the staffs of AEDA and NDC don’t sit on those ideas. “You can have great ideas, but you have to put those ideas into action and execute them, otherwise everything’s just great ideas.”

According to Vang, there are 800 businesses along the Central Corridor. “Of these 800 businesses, 500 businesses are mom-and-pop. Of these mom-and-pop are different food, culture, ethnic, so you get 11-and-a-half miles in your own backyard,” that represent the world. And what those businesses most need now is traffic, which is what the Green Line will provide.

Adapting for a bright future

Just as he and his family had to weather the construction of the light rail, Vang says area residents will have to adapt to changes in how they get around when they travel by car, bicycle, or on foot. “I can’t just drive across University like I used to….If I want to drive east, I have to drive west a little bit…just so that I can make the turn. So it’s a new normal, I will say, but in time everyone will adjust….”

What does Jai Vang envision the Central Corridor of 2024 being like?

I hope that this area, particularly from Dale to the Capitol here, will become a thriving ‘Little Mekong’…that will represent diverse communities so that they feel the flavor, they feel the taste, they’ll feel like we’re almost in a different time zone when we go into this place, even though it’s right in our backyard.

He adds, “You do it, you build it, and people will come. That’s what I really, really want to see, because we have the means of transportation.”

To learn more about Bangkok Cuisine, listen to an audio version of the interview with Jai Vang and read the full transcript here, and watch a short video featuring Jai Vang, produced by Jose Luis Morales Alegria. Additional assistance was provided by Luce Guillen-Givins and Mary Turck.

To see more photos and to keep up with news and future plans, visit Bangkok Cuisine’s website and Facebook page.