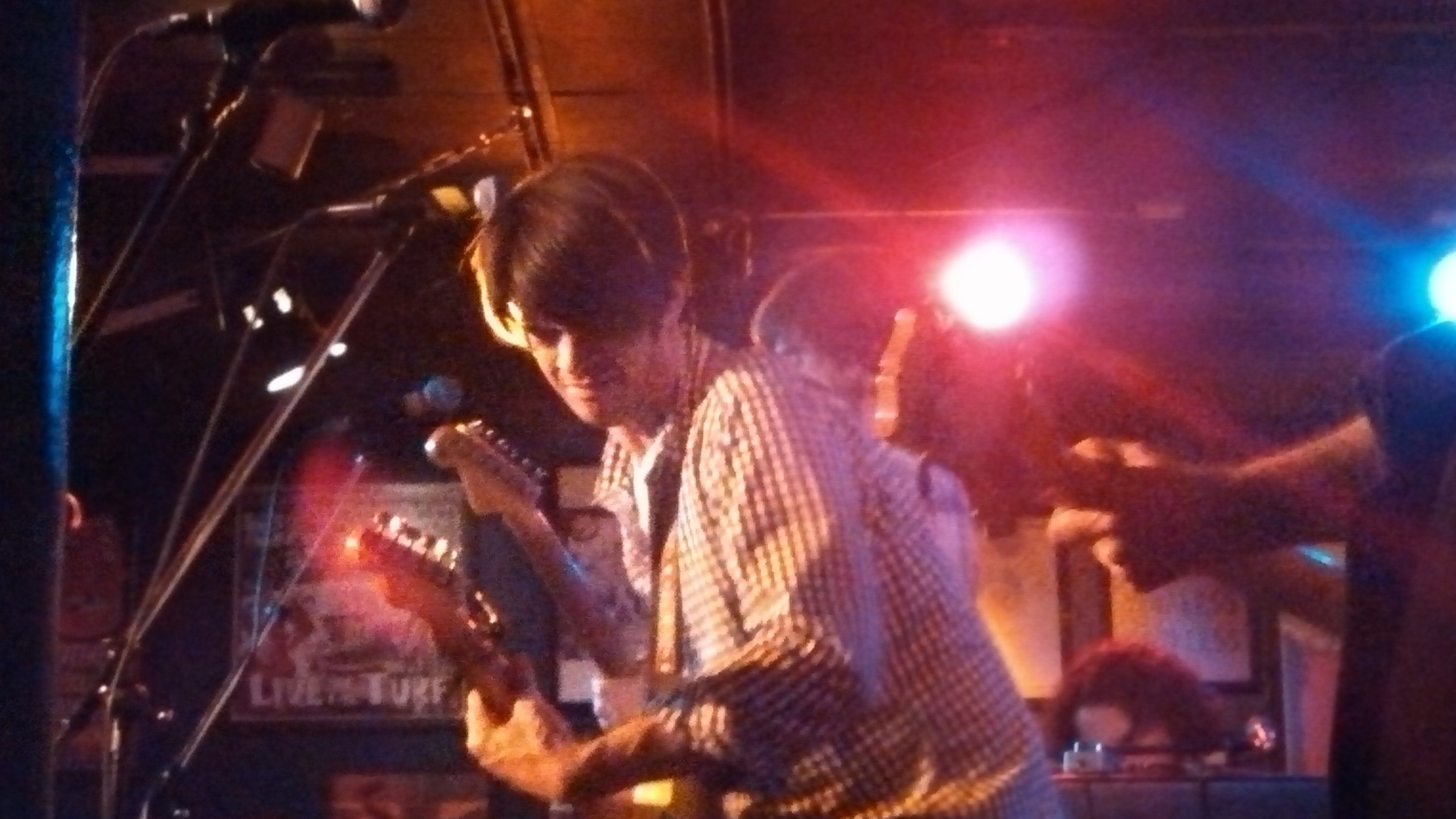 The Band of Heathens at the Turf Club

Saturday night I went to the Turf Club expecting to see Communist Daughter. Much as I like Communist Daughter I was delighted to get there and see that the Band of Heathens was playing. (Johnny and Molly from Communist Daughter played before them.) Luckily I happened to sit next to a huge Band of Heathens fan who filled me in on their backstory. They’re from Austin Texas, they have played for about 10 years and they have a huge following; they concentrate on live shows. As my new friend suggested – if you like rock and country, blues and gospel Texas style, you’ll love them. I do – and I did.

The band recorded the show; you could buy a copy on the way out the door. Apparently they have been doing this for a few years, recording live shows and making them available immediately at the show, however, clued in by my new friend, I knew I could wait until the next day and download the archive from their website. Such a great idea!

The Turf Club was a great location for their music. I always think music with a country twang bounces off the walls of the old polka hangout better than any other genre. From You’re Gonna Miss Me “post romantic haze” to Medicine Man, the music sounds familiar the first time you hear it in an old school rock-country crossover way. The drum beat is consistent and pushes the song along, the twangy guitar pulls it back abut it’s a nice balance. LA County Blues has that more defiant pure country sound. Gris Gris Satchel was a highlight for me, a post-Katrina song about New Orleans, it touching in tune and detail. It’s a song that’s led with guitar and vocals and a 60s-sounding chorus.

I’ll have to catch Communist Daughter when they play next month at the Kill Kancer Benefit (April 18) but I’m pleased to have a new band to follow with the Band of Heathens.