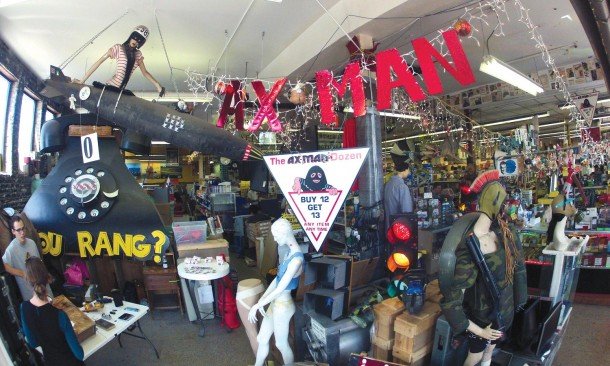 My boys viewed their mid-1980s births
in the old Midway Hospital on University
between Porky’s and Ax-Man
as an embarrassment, a slight
their Saint Paul mom had designed to punish them
by withholding the polished corridors
of HCMC in their own hometown.

“It’s just something when we cross the Lake Street Bridge
that reminds us of church, makes us think of those
bald guys, the old ones. It’s not personal, Mom.”

Never having lived in that city of noble elms
with doomed shoulders arced over Summit Avenue,
or known the pine magic tang of Crosby Park
at night on cross country skis
or visited their mother’s frayed, grand house on Osceola,
they simply lacked fuel for comparison.

Their domain was Minneapolis,
the jazzy skate parks,
glitz of Holidazzle each December,
Sunday forays onto 8th and Hennepin
for Magic cards at Shinder’s after church,
that cherry in a giant spoon they longed to climb
in Walker Sculpture Park.

What did they know of meandering streets
named not for numbers but for places
and for people? Of the majesty of that Cathedral,
heady slopes of Ramsey Hill or west side cliffs,
the white tinsel-glitter of the Winter Carnival?
How could they imagine the train yards off of Shepard Road,
where their mother in her youth ditched the railroad cops
to hop a few freights west to California?

When they’d forgotten their Ax-Man treasures,
home to everything you never knew
you couldn’t live without,
I quelled the urge
to pull them backward to when
they were young and ignorant
of the rivalry between two cities;
when snow fell deep and their requests each night
were for more words from Peter Rabbit. 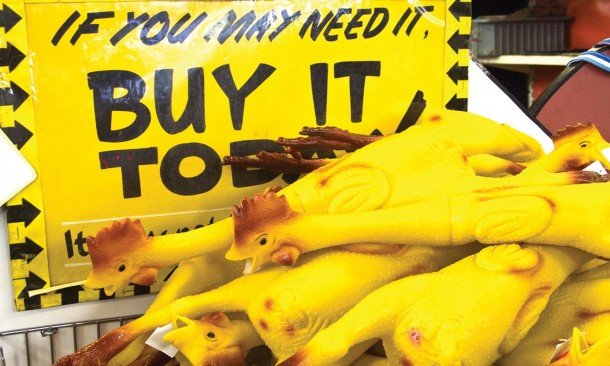 At top: Entering the Ax-Man Surplus store, on the corner of University Avenue and North Fry Street, after which things do get weirder. (Photo: Bianca Pettis)

Ethna McKiernan is the author of three books of poems, the most ­recent of which is Sky Thick with Fireflies (Salmon Poetry, Ireland). Widely ­anthologized in collections as diverse as The Notre Dame Anthology of Irish American Poetry, 33 Minnesota Poets, and Beloved on This Earth, she has twice been awarded a Minnesota State Arts Board Fellowship. She is ­employed by a Minneapolis nonprofit, working with the long-term homeless population.