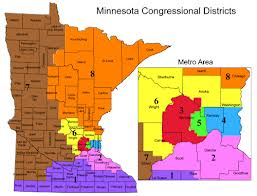 Last night I got a robocall poll from none other than Rasmussen Reports. I went ahead and did the whole thing. It was about the U.S. Senate and Governor races, which other polling has consistently shown to be pretty much locks, and quite possibly even double-digit wins, for Al Franken and Mark Dayton, respectively. The robo-voice asked whether I vote in every election (“yes”). Some questions later it spit out something like “Sometimes, something comes up that may prevent people from voting. Do you think there’s any chance that maybe you won’t vote on election day?” (That’s not an exact quote, I wasn’t recording it, but it’s the gist.) That may indicate that Rasmussen intends to apply a super-tight “likely voter” screen, in order to get numbers more favorable to Minnesota Republicans, which the latter, and corporate media, can then pimp as evidence of Mike McFadden and Jeff Johnson “surging.” Or, Rasmussen may correctly recognize those races as lost causes for the GOP, and tell it like it is, so they can claim to have been “accurate.” Either way, I suggest not taking seriously whatever they provide. The firm may be under new ownership, but it’s still Rasmussen.

If indeed the plan is to knowingly apply a too-tight voter screen in order to produce numbers more favorable to one side, that would be an example of “skewed polling.” Another way of doing that is to “prime the pump” with initial questions intended to produce a negative (or, rarely, positive) frame of mind about an officeholder, candidate, or policy, and then ask about whether one approves or disapproves. “Push polling” is when the intent isn’t really to do accurate polling at all, but rather to spread negatives about a candidate under the guise of an opinion survey. That appears to be what’s currently happening in MN-08 (Rep. Rick Nolan (D-MN) vs. Stewart Mills III); here’s a sample question I heard about someone getting over the phone: “ISIS terrorists beheaded innocent American journalists. Congressman Nolan voted NOT to fund the fight against ISIS and the threat of terrorism against Americans. Does that make you more or less likely to vote for Nolan if the election were held today?”

I don’t know if this is being directly done by the Mills campaign, or on its behalf. It’s not that common, as it can backfire, through being perceived as “dirty politics” engaged in by a desperate campaign. I’m not saying that’s definitely the case here. I have no way of knowing that, though I have my suspicions.