Michele Bachmann’s Christian counseling clinic, Bachmann & Associates, became the fourth victim of the “glitterati” on Thursday morning after more than a dozen “barbarians” — to use a term clinic head Marcus Bachmann reportedly used for LGBT people — stormed the facility’s waiting room. The group protested the clinic’s alleged practice of offering “reparative therapy” to “cure” gays and lesbians of their homosexuality and also the fact that the clinic has taken in more than $137,000 in government funds despite Bachmann’s strong opposition to government involvement in health care.

The group was attempting to throw glitter on Marcus Bachmann, who was not available. So the activists glittered the waiting room while shouting, “You can’t pray away the gay — baby, I was born this way!”

The event was orchestrated by Nick Espinosa, who was behind the glittering of Newt Gingrich at a Minnesota Family Council fundraiser in May and assisted with a glittering of Rep. Bachmann in June. Also in June, an activist in San Francisco glittered Tim Pawlenty at a book signing.

Thursday’s action was in response to news of the clinic’s government funding and controversial practices as well as Dr. Bachmann’s 2010 statement on Christian radio in which he appeared to call gays and lesbians “barbarians.” (He has claimed that his words were misinterpreted and that audio of the show was doctored.)

“Michele and Marcus Bachmann think gay people are barbarians?” asked Espinosa. “I think it’s clear to everyone who the real barbarians are, based on the Bachmanns’ archaic views on LGBT equality. It’s time for Michele Bachmann to stop running away and to take responsibility for her destructive clinic. She, of all people, should not be abusing medicare and wasting taxpayer dollars to practice quack science that endangers her patients.”

ThinkProgress got a hold of some photos from the protest: 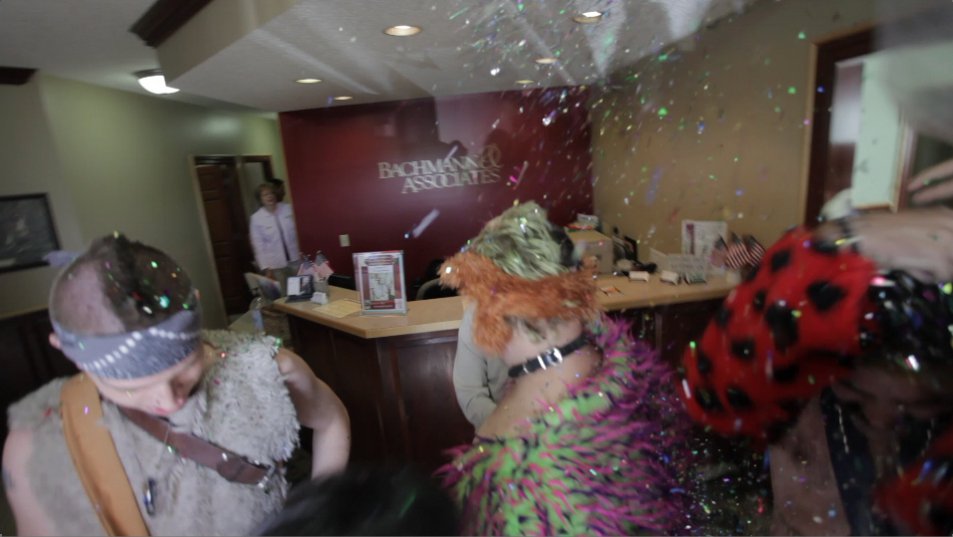 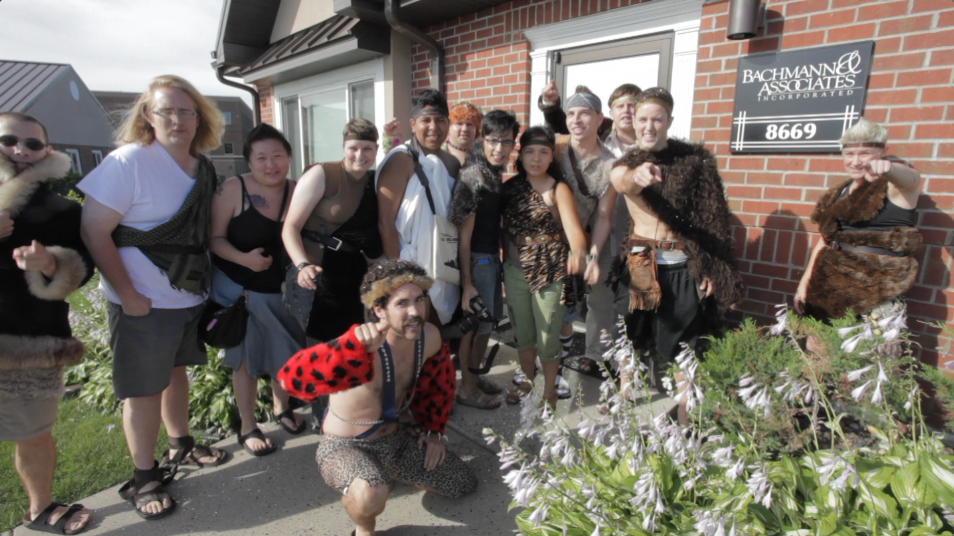