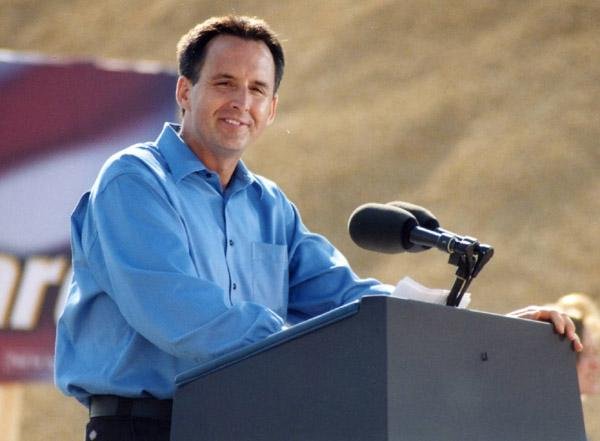 Rep. Michele Bachmann and Gov. Tim Pawlenty have thrown their support behind the Family Research Council and other groups that the Southern Poverty Law Center has designated as anti-gay hate groups. In an open letter, Bachmann, Pawlenty and several other Republican elected officials say the SPLC has “targeted FRC and other organizations that uphold Judeo-Christian moral views, including marriage as the union of a man and a woman.” But the SPLC’s report, released last month does not target groups that oppose gay marriage or uphold Christian values; rather it lists groups that make “claims about LGBT people that have been thoroughly discredited by scientific authorities” and “repeated, groundless name-calling.”

FRC, for instance, has suggested that gays be “exported” from the United States and says that homosexuality should be criminalized. The American Family Association, another group that Pawlenty and Bachmann are supporting, recently said that Supreme Court Justice Elana Kagan should be disqualified from office because she’s a lesbian (she’s not).

The AFA has made some particularly bizarre statements. Bryan Fischer, AFA’s director of Issue Analysis for Government and Public Policy, recently said, “Hitler recruited around him homosexuals to make up his Stormtroopers, they were his enforcers, they were his thugs. And Hitler discovered that he could not get straight soldiers to be savage and brutal and vicious enough to carry out his orders, but that homosexual solders basically had no limits and the savagery and brutality they were willing to inflict on whomever Hitler sent them after. So he surrounded himself, virtually all of the Stormtroopers, the Browshirts, were male homosexuals.”

The open letter, signed by Bachmann and Pawlenty, reads, “We, the undersigned, stand in solidarity with Family Research Council, American Family Association, Concerned Women of America, National Organization for Marriage, Liberty Counsel and other pro-family organizations that are working to protect and promote natural marriage and family. We support the vigorous but responsible exercise of the First Amendment rights of free speech and religious liberty that are the birthright of all Americans.”

The SPLC, in releasing its list, noted that the organizations were not chosen for their biblical values or promotion of “traditional marriage.”

“Even as some well-known anti-gay groups like Focus on the Family moderate their views, a hard core of smaller groups, most of them religiously motivated, have continued to pump out demonizing propaganda aimed at homosexuals and other sexual minorities,” the SPLC said when it released its report. “These groups’ influence reaches far beyond what their size would suggest, because the ‘facts’ they disseminate about homosexuality are often amplified by certain politicians, other groups and even news organizations.”

The group added,”Generally, the SPLC’s listings of these groups is based on their propagation of known falsehoods – claims about LGBT people that have been thoroughly discredited by scientific authorities – and repeated, groundless name-calling. Viewing homosexuality as unbiblical does not qualify organizations for listing as hate groups.”