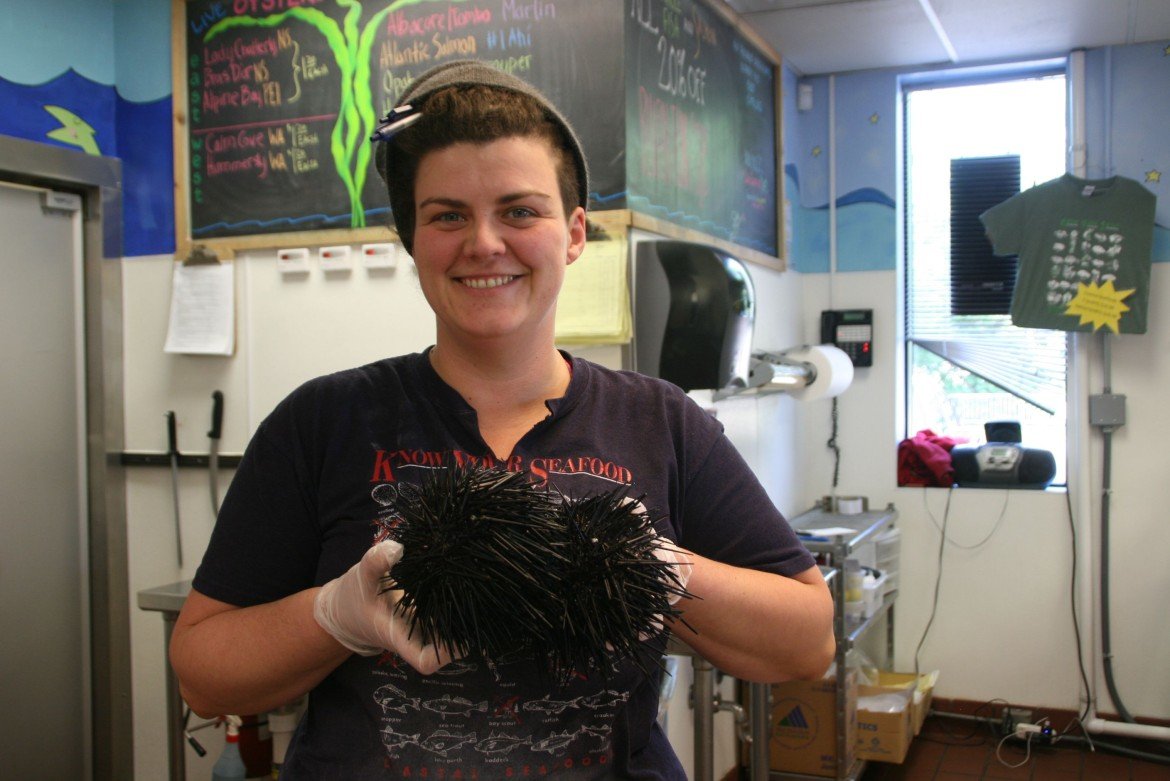 Hazel Lauer shows off a couple of large sea urchins

It’s Thursday afternoon and the customers keep coming through the door of Coastal Seafoods in the Seward neighborhood of South Minneapolis, lining up in the tiny store to make their selections. “It’s our busiest day,” says assistant manager Hazel Lauer. “It’s whole fish and salmon discount day. We have a lot of customers from cultures that aren’t Minnesota Hot Dish. They like whole fish rather than just boneless filets.” 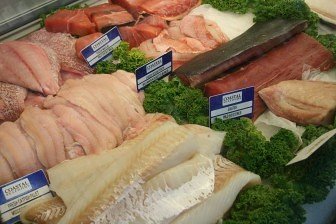 She holds up two large, spiny, black sea urchins, the most exotic thing in the store, she says. You can eat the roe – maybe on sushi or make uni-butter to serve on toast or on pasta. Coastal also carries live crayfish, lobster and Lady Chatterley oysters. What’s not available fresh can be found in the freezers, including alligator meat and whole sardines. At 8-inches, they’re not like the canned variety. “I tried getting fresh sardines but they’re too oily and would go bad before they got to Minnesota. The frozen sell for 2-lb for $10.99 and are good grilled,” she says.

Lauer didn’t know a lot about fish when she started working at Coastal Seafoods 10-years ago, becoming an expert by selling, eating and talking about it. Her dad – Tim Lauer, the store manager – helped train her. Almost everyone who comes into the store has questions…usually about portion size and cooking methods. But, there are a lot of fish in the sea and even those customers who eat a lot of fish don’t always know about various types.

“Fish from the East Coast is different from West Coast or Gulf Coast fish and seafood,” Lauer says. “You might know about one but not the other.” And there are new types of fish being sold in the Minnesota market. She recommends the butterfish. “You can fry butterfish whole and eat it, bones and all.” 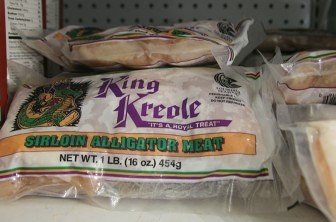 Summer is the store’s busiest time and that means a chance to buy seasonal favorites like tiny blue soft shell crabs, and crawfish. “Right now, people are buying halibut and wild salmon – Yukon and Copper River. They’re super awesome. In the winter we get Nantucket scallops. Those are my favorite. They’re sweet and delicious.”

Interest in fish and seafood has grown since Suzanne Weinstein first opened Coastal Seafood in 1985, with nothing but a $500 loan and a rented van filled with 50 pounds of New Jersey tilefish she hoped to sell to fancy local restaurants. As the local palate became more sophisticated and the demographic changed, the business grew. There are now two stores employing more than 20 people.

The customers, it seems, come from everywhere. A group of Japanese speaking customers seemed impressed with the selection of fresh seafood and ended up buying some of the large (not Nantucket) scallops. Local Assistant Fire Chief Cherie Penn picked out several pounds, a variety of fish, enough to feed a firehouse. She denied that she was buying to feed fellow fire fighters. “These are all for me,” she says. 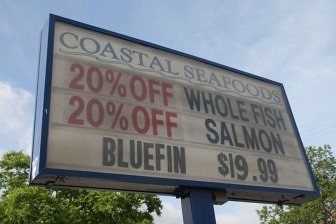 Loyal customers Bill Becker and his wife Terri Yearwood drive in from their Minnetonka home to pick up fish for the weekend. “I come here because they’ll try to get you almost anything you ask for. 20 years ago I asked them to get me some shad roe (a spring specialty from Chesapeake Bay). They found a source and brought it in for us. We’ve been coming here ever since.”

For those who don’t know how to prepare fish and seafood or who want to know more, the stores hold a number of classes by local chefs including popular courses on making sushi.

“We sell a lot of sushi grade fish,” says Lauer.

A portion of Coastal’s business is from commercial customers, including a number of local co-ops and restaurants like Gandhi Mahal, where sustainability is part of the mission. At Gandhi Mahal, tanks of tilapia are raised in the basement. But, what they can’t raise themselves, they get from Coastal. Lauer supports aquaponics in general including the sometimes-controversial practice of sustainably raised salmon. But she says, buy only those raised in Scotland or Canada.

In addition to fish and seafood, the store carries related cooking items and ingredients, like grilling rubs, crab boil spices, various fish eggs and  squid ink. You can pick up sauces to serve with seafood and crackers to serve with for chowder.

Coastal Seafoods is located in Minneapolis at 2330 Minnehaha Ave. and in St. Paul at 74 S. Snelling near the corner of Grand and Snelling in Lincoln Commons.