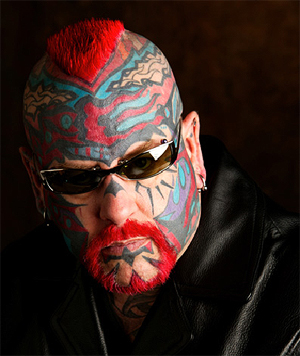 While a high-profile lawsuit and DOJ investigation of bullying in a suburban school are drawing headlines like the Strib’s Anoka-Hennepin sued over bullying, community anti-bullying organizing is gaining steam in southern Minnesota, the Austin Herald and the Austin edition of the Post-Bulletin report.

The Herald began covering anti-bullying efforts by the schools last October in Schools aim to be proactive to stop bullying. In February, the paper published AHS takes serious look at bullying which detailed a visit by anti-bullying advocate Jamie Nabozny, whose lawsuit against the Ashland, WI, district “was the first time a court found schools have a responsibility to protect students from anti-gay slurs and abuse.”

By late March, the paper reported that staff and parents were banding together to fight bullying in the schools in Group will make presentation on bullying to board. In Parents take aim at bullies, the paper looked at the community-wide group forming to deter bullying:

While community organizers acknowledge Austin’s efforts to combat bullying, parents are saying it isn’t enough. One of the measures the community group wants is more volunteers working as playground supervisors, from about two helpers to 10 per recess. They also want stricter punishments for younger bullies and monthly bullying lessons taught in the classroom.

“I don’t want Austin to have a child hurt themselves or commit suicide because of bullying,” Borgerson-Nesvold said.

Board members agree the issue is serious, but some of them wondered how effective teachers could be in stopping bullying for fear of reproachment or lawsuit.

The community group will start a community-wide campaign within the next month or so, hoping to spread the word across town to stamp out bullying. . . .

In April, AHS clubs, parents were still addressing bullying in schools and beyond:

A parent group, started by Danielle Borgerson-Nesvold, is growing and hoping to start a community-wide campaign targeting bullies who take their antics off school property.

Even the Austin Police Department is getting in on the initiative, with officers organizing a group of high schoolers to work with elementary school students, giving presentations and teaching about ways to stop bullying.

. . .Walski said while dealing with bullying is something he has to do if it becomes a criminal matter, cases of bullying hadn’t noticeably increased. He chalks up the current anti-bullying efforts to an increased awareness in parents and staff.

“I’ve been very impressed at how (AHS) has dealt with bullying,” Walski said.

The parents’ group, now named Community Against Bully, didn’t stop its organizing with the coming of the summer break in June, the Herald reported in Bullying prevention program gets serious. According to an article published today, CAB, the Anti-bullying committee looks for help from ‘The Scary Guy.’

And that’s not Bradlee Dean, but a tattooed anti-bullying advocate.

The organizers who started an anti-bullying campaign are getting a lot more support.

The Community Against Bullying committee is ramping up fundraising efforts to hire national anti-bullying spokesman The Scary Guy to come to Austin this November. Their target is $20,000 in funding for a several-day program.

The group is campaigning to bring in The Scary Guy, an award-winning anti-bullying advocate known for his tough stance on hate, prejudice and bullying, and for his tattoos, which cover about 85 percent of his body and most of his face.

Many local organizations are throwing their support behind the bullying group. . . .

Though this year’s goal is to bring in The Scary Guy, CAB organizers say they’re going to continue working to erase bullying from the community.

“It was so prevalent, you’d think it was normal, but it’s really not,” Borgerson-Nesvold said. “We’re starting to see the damage that it does to our kids.”

The group’s meeting Thursday came on the same day that the state’s largest school district, Anoka-Hennepin, had a federal lawsuit filed against it by two national civil rights groups and a law firm in Minneapolis. The suit involves the district’s sexual orientation curriculum policy, along with students who claimed they were bullied due to their sexual orientation.

Borgerson-Nesvold said she’s had a lot of people mention that a group like CAB should’ve been around five or 10 years ago. “But we’re here now,” she said.

“We’re going to move forward and we’re going to change the climate in our town,” Borgerson-Nesvold said. “We have a huge future ahead of us.”

Photo: The Scary Guy. Not really–Bluestem thinks this guy is scarier.