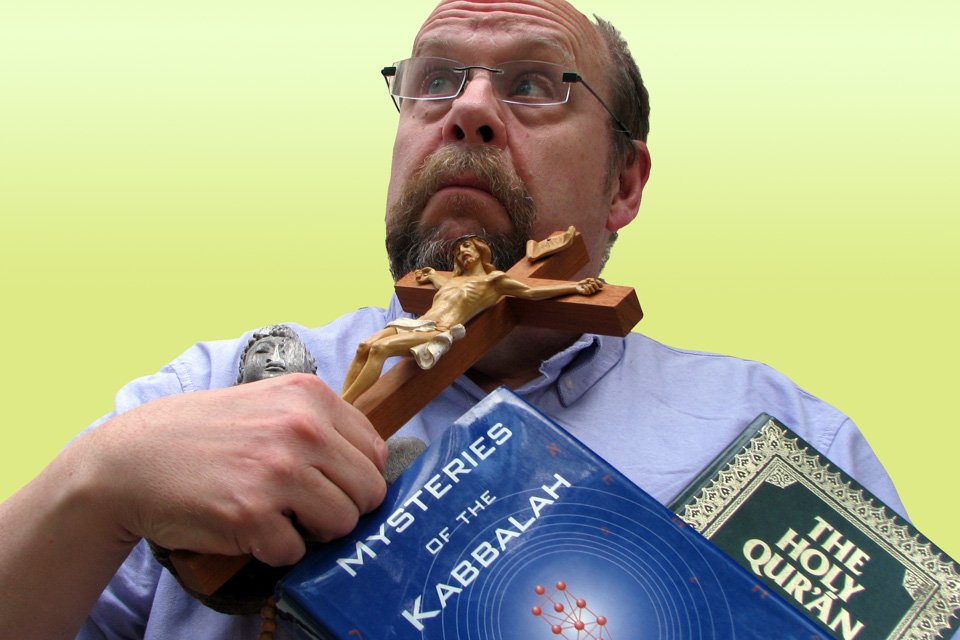 It’s holy confusion when Jon gets sober and decides to seek God–but which one? And could he pick, like, three? His alter egos, including Zen Master Zero, Bob Ananda, and Father Duffy, have their own ideas…

It was a valiant effort to try to do so many different characters, but it seemed to be too many for so little time. I know that Jon Spayde, was trying to cover all the major world religions, but the transitions to the different characters were rough. And my suggestion for the catholic priest shirt is use Velcro instead of buttoning it all up. However the slide show was interesting and it would have been better to focus more on as himself, instead of switching from character to character. Overall less characters would have made for a better show.