Today I attended the 4th Congressional District Convention as a voting delegate. This was my first 4th CD Convention. It was a simple matter of redistricting due to the 2010 Census. The previous ten years we lived at the same address, but in the 6th CD.

Registered were 225 delegates, earlier elected at Senate District Conventions. I described mine here. 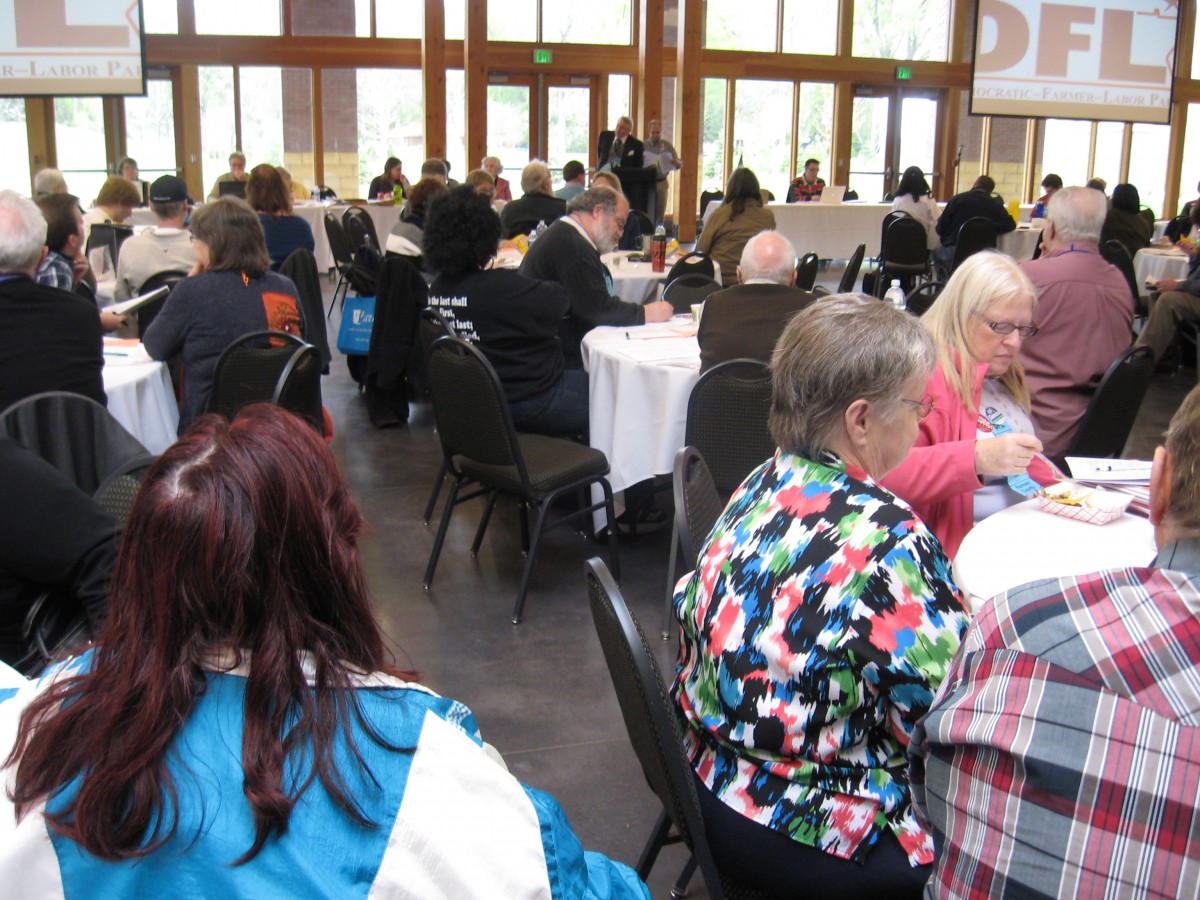 Political Conventions are where the crucial decisions are made concerning representation at the levels leading, ultimately, to the general election in November. It takes some patience to last through parts of long convention days dealing with important but often uninteresting stuff, but at the end of the day it is the delegates – people like myself – who make the crucial decisions selecting those who will represent us at state and national levels.

Assorted candidates appeared from time to time during the day, and all were given an opportunity to speak.

The important business of todays Convention was endorsing our candidate for Congress, incumbent Cong. Betty McCollum, as well as to select eight delegates – four women and four men – to the National Democratic Convention. (Delegates to the State Convention had been elected earlier at the Senate District level.)

It was the selection of the national delegates near the end of the afternoon which was of most interest to me.

DFL rules pay great attention to affirmative action, and four women and four men as delegates was no accident. In fact, there were separate secret ballot slates for election of women delegates, and men. We all voted for every one of the the eight.

There were 14 female candidates and 17 male. I was in a new setting, and I wondered how the process could possibly work at all.

Every candidate was given an opportunity for what I’d characterize a one-minute “elevator speech”. Some had fliers; some had likely done some pre-convention work with delegates.

They were an amazingly diverse bunch, representing all manner of the diversity of CD 4. I would have been comfortable being represented by most all of them.

In the end, 28 of the 31 candidates appeared to give their “elevator speech”; two had used leaflets to advertise themselves earlier in the convention; one was highly recommended to me by a delegate I know as a friend.

I voted for five of the eight winning candidates.

During the hiatus when votes were being tallied one of the Congressional District officers gave us a little quiz, showing the following quote:

“Fairness is the Final Result of
Years of Effective Effort
Combined with the Experience of
Diversity.”

How about you? (clue: I was incorrect.)

Her point was a good one: we humans are wired in peculiar ways. Sometimes we selectively miss things that are obvious.

Election 2012 is not much over six months away. 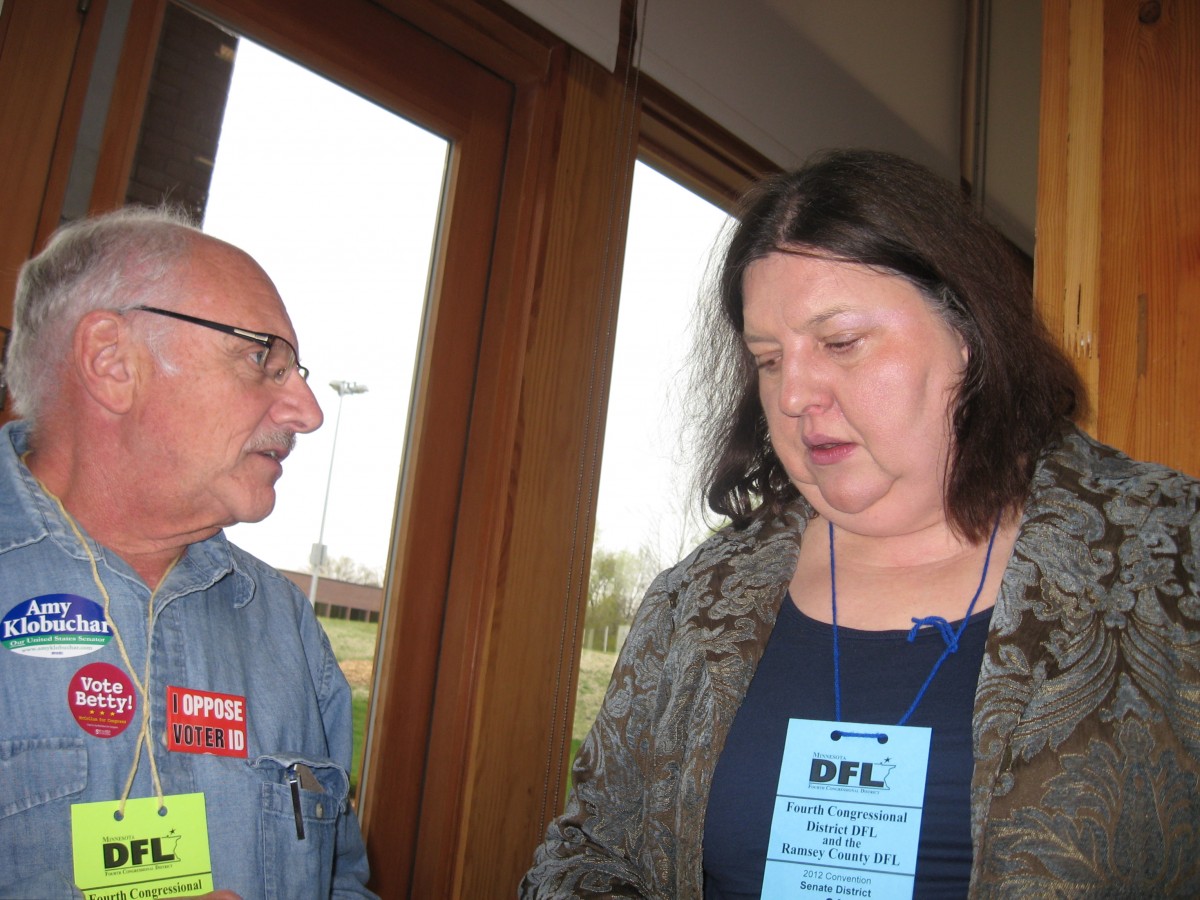 Denny Schneider and Grace Kelly at the Convention April 21