If there’s one irrevocable law in politics, it’s that whatever works will be done and re-done until it fails completely. The stakes for a Presidential include the most powerful office in the world and total expenditures of $10B. No one is going to run a campaign based on wild new ideas unless they absolutely have to.

So it should come as no surprise that 2012 is turning into a mirror of 2004. The only thing that seems wrong with it is that the challenger’s side didn’t anticipate and devise an effective counter to this year’s equivalent of a “Swift Boating” – changing what should be your opponent’s greatest strength into their biggest liability. 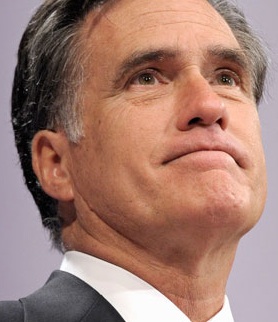 In case you don’t remember 2004 (and Democrats would all like to forget it) we were in the middle of a war on Iraq over … something, no one knows what. The Democrats fairly quickly coalesced around a candidate with a record as a bona fide war hero, John Kerry. He seemed like the perfect man to defuse any allegations that he would be soft on war, giving him plenty of room to criticize Bush for the faltering economy and other issues.

It was not meant to be.

The Bush team sent out a gaggle of proxies to allege that Kerry didn’t earn any of his medals on board a swift boat in the Mekong River delta. The charges were a bit outrageous, starting with just about everything that had a chance of sticking. They finally found something that appeared to have legs, a charge of cowardice under fire, and stayed with it until the end. Kerry never responded to the allegations, having been blindsided in an incredible flanking maneuver.

Coming into 2012, Mitt Romney’s greatest strength was his business experience. In the middle of a Depression, he seemed like a natural choice to portray leadership on the key issue that would likely define the election. It was obvious and natural, and despite some nasty contention the party leaders backed their man firmly.

Obama’s proxies moved to counter that he was the “outsourcer in chief”, a charge that never really stuck. They tried again by alleging he had offshore bank accounts. They even charged that his “retroactive retirement” from Bain may constitute a felony. But what really has had legs so far is Romney’s own refusal to release his tax returns before 2010, a simple failing that is slowly being turned into a big issue. It was recently ratcheted up a notch by Harry Reid saying that Romney didn’t pay anything in taxes before 2010, a charge not denied.

The main difference this time is that Obama’s team is not relying entirely on proxies, using words like “felon” prominently displayed in an anti-Romney ad. They are still in the stage of seeing what sticks. What is important, however, is that Romney’s business experience is being vigorously against him – and the response so far has been tepid at best. It looks like it will work.

This “Swift Boating” technique only works against a challenger who has to introduce himself (it is always a “him” still) to the people. An incumbent is already known, so the trick is to define your opponent before they get a chance to have a leg up on your own image. It should stand as a last resort for a politician who is vulnerable, but that defines just about everyone in politics right now. So it is used a lot.

Why hasn’t Romney responded more vigorously to the charges against him? The short answer seems to be that he does have something to hide. But more to the point, their campaign simply does not want to talk about this issue and will stay with their own game plan as long as they can. They probably still think that business experience is their greatest strength and they simply have to wait it out.

They are sorely wrong. And it may be too late.

One difference between now and 2004 is the prominence of social media. Back then, the Swift Boat stories broke on Powerline, a blog that was strangely given credence as if it was a reliable news source. This time, no one will make that mistake – but facebook and so on are being fed a constant stream of allegations. It’s working the opposite way, from the campaign down into new media.

But the principle is the same. Romney is looking more and more like the Republican equivalent of John Kerry, unable to do anything right. One more month of this and it will indeed stick to him and be far, far too late to counter. Swift Boating still works, and will be used again and again until it is no longer effective.