by Paul Schmelzer, 8/6/08 • Apparently in an attempt to silence a critic, China has revoked the visa of Olympic gold-medal-winning American speedskater Joey Cheek just hours before he was to board a flight to the Summer Games in Beijing. The co-founder of the awareness-raising organization Team Darfur, Cheek has been outspoken about China’s relationship with Sudan, where the Beijing government has many oil-related interests (China is Sudan’s largest trading partner). And one of his aims, the AP reports, was in urging the international community to pressure Sudan — where some 200,000 people have been killed in a conflict between tribesmembers and government-backed janjaweed militants — to observe a traditional truce during the Beijing Games. 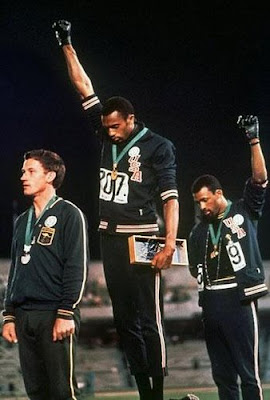 After winning his medal at the Torino games, he donated his $25,000 U.S. Olympic Committee bonus to Team Darfur. In a statement, Cheek said he was saddened to be prevented from attending. “The Olympic Games represent something powerful: that people can come together from around the world and do things that no one thought were possible,” he said. “However, the denial of my visa is a part of a systemic effort by the Chinese government to coerce and threaten athletes who are speaking out on behalf of the innocent people of Darfur.”

China’s actions come just as the games are to begin — and as excitement over the competition seemed to finally be overtaking criticisms over everything from China’s record on free speech, press freedom, its violent suppression of Tibetan dissidents and its environmental record. But perhaps Cheeks’ story will motivate activism among athletes.

A website called Athlete Wanted is looking for a games participant to make a political statement about Tibet. The site, run by Students for a Free Tibet, references the image of 1968 American medalists Tommie Smith and John Carlos, who raised their fists on the podium in a variation on the traditional Black Power salute. Suggestions by the Athlete Wanted campaign: fly a Tibetan flag, wear a Tibetan khata (scarf) or a Rangzen bracelet, or shave your head in solidarity with the country’s Buddhist monks and nuns.

The campaign ran an ad in the New York Times on July 29. That paper ran a story back in April about Olympians who are concerned about China’s interests in Darfur. One, softball player Jessica Mendoza, told the Times, “I feel like there’s no one out there who would think that it’s a controversial issue to talk about 400,000 people being killed in Darfur right now.” But she said she won’t say anything, both out of concern for offending her Chinese hosts and because one of her sponsors, Nike, has a major presence in the country.

Perhaps Mendoza, who’s also a part of Team Darfur, will change her stance now that Cheeks’ has been banned from traveling to China, but if she does, she and other athletes face recriminations from the Olympic Committee. Article 51 of the Olympic charter bans “demonstration or political, religious or racial propaganda” by athletes at Olympic events. Carlos and Smith, of the 1968 Mexico City games, were suspended from the U.S. team and eventually removed from the Games.

Related: The BBC offers a history of Olympic protest.