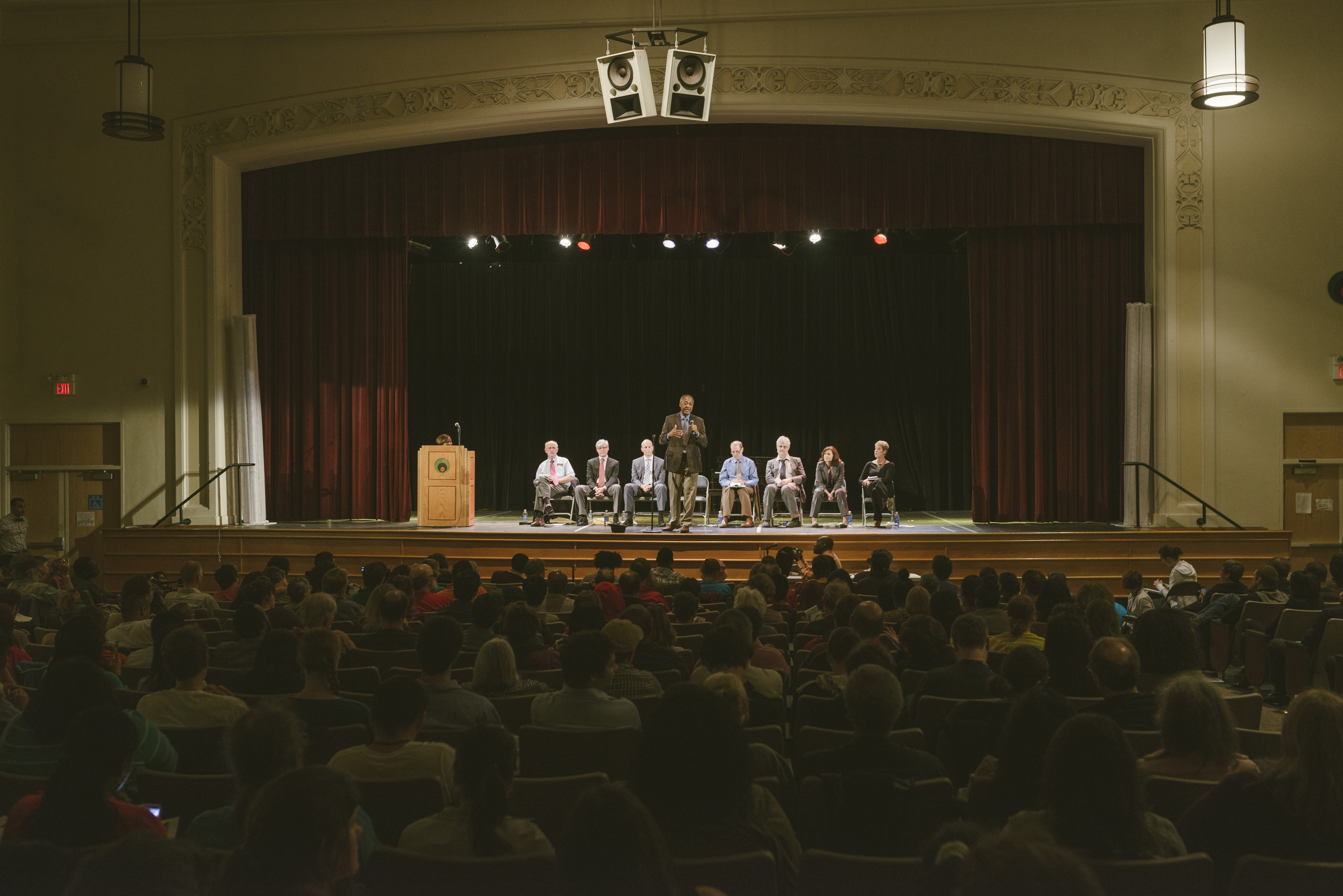 “I’m tired of helping candidates win. They contact us right before the election and ask me to organize my people and then they forget about us, ” said Henry Jiménez, one of the organizers of the One Minneapolis Mayoral Forum on June 6. Jiménez went on to explain, “So that’s why we organized this as soon as we heard the mayor was not running for reelection. We knew that we needed to organize to get the best possible mayor. I want them to really get to know what our needs are. I think it’s time for us to have this conversation about race.” Jiménez’s co-organizers were Marjaan Sirdar, Jenny Lock, Ishmael Israel, Nimco Ahmed, and Jeff Hnilicka.

When I asked Jiménez about the source of the questions, Jiménez responded, “The panelists

are youth and community activists who look like our crowd.” Jiménez also told me that the forum would be simultaneously translated in Somali and Spanish.

Nekima Levy-Pounds served as moderator, and questions on a variety of topics affecting city residents were chosen in a ratio of three questions from the panelists, then one question from an audience member. There was widespread discontent from the audience as well as the moderator as candidates often did not answer the questions directly.

I spoke with audience member Mathew McGlory, who had asked the candidates,

“Historically communities of color have had contentious relationships with the Minneapolis police force. Tycel Nelson, Fong Lee, and most recently Terrance Franklin. If elected what would you do as the next mayor of Minneapolis to ensure police accountability and to afford the civilian review board with only civilians and subpoena power and how would you also make that a real priority in your administartions and not just be empty rhetoric?”

McGlory told me, “I thought this was a good forum but I thought we could’ve dug a lot deeper into what their comprehensive plans are…a lot of specifics weren’t talked about.”

Huda Bashir was also “a little disappointed in the candidates. I felt it was a lot of fluff, a lot of campaign-speak, trying to promote themselves as opposed to addressing the community’s needs. We don’t want to hear facts and statistics. We want to hear how they will change that.”

Her friend Muna Adani agreed, “Everybody was waiting to hear specifics.”

When I interviewed panelist Jennifer Godinez after the forum, I asked her whether she was satisfied with the forum in general, and the answers given to her question. She responded, “I think it was a really important discussion on disparities. It just seemed like the beginning of a discussion since we were only able to hear two responses to each question.”

Related stories: The One Minneapolis forum (not associated with the Minneapolis Foundation or the City of Minneapolis) stirred excitement and interest across the community. The TC Daily Planet and other sources offer multiple perspectives on the two-hour forum: