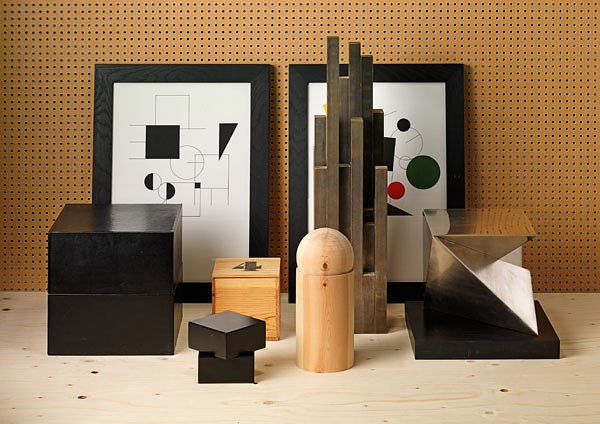 This recap wraps up my review series of Insights, four lectures co-presented by The Walker Art Center (WAC) and AIGA-MN. Four leading graphic designers from around the world were chosen to share the thinking, methods, and processes behind their professional design work this year. The Insights series has been presented for over 25 years, an impressive fact demonstrating that the Minnesota design community continues to support design leadership throughout the world. Each presenter gave their nod to previous Insights series and two noted that they’d often been audience members (via the web casts, most likely).

Henrik Nygren from Stockholm, Sweden, presented on Tuesday, March 25. The American Swedish Institute (ASI) was also a sponsor. I missed the first Insights lecture of the series, but of the three I did attend, Nygren’s was the most intense and the most graphic. He presented an overview of his two-plus decades as a premier graphic designer with work transcending time, materials, countries, and trends. As a presenter, he was organized and detailed, most likely because he’s exactly that kind of designer. But also because his lecture was fodder for a forthcoming book, an 896-page tome featuring the past 25 years of his award-winning work (Pub Date 2014, Published by Orosdi-Back).

The lecture was exhaustive. He walked the audience through his portfolio literally from A to Z, with ABC standing for Anxiety, Bergman, and Cats. He thinks it’s very important to know (and share) where you’re from because it relates to how you design. He told a lot of stories which were charming and intimate with details, yet refined, offering only as much information as we really needed to know. He’s self-taught, although mentored by some greats including Yale’s School of Design professors. He refers to himself as a graphic designer but has worked as an art director and he doesn’t use a computer as a design tool (he does have some staff members who will create the work on the computer once it’s been designed). To me, he’s a designer’s designer—able to walk the line between, as he stated, “doing too much and doing too little” with visual communication.

Because there is a fee associated with this series, I took a stab at understanding if attending this lecture series is a good value.  I wanted to understand if paying for the series ($60-$85/series) is worth it, or if watching at home, via a web cast is sufficient. After all, designers aren’t made of money, they just design it.

I can’t say that each lecturer I heard, Martine Syms (LA), Sara De Brondt (London), Henrik Nygren (Stockholm), sounded better and provided a more vital experience in person than via the Web. But I do think that sharing the experience—of hearing these designers with others who are like-minded in their passionate support of the industry—provided an energy that is important. It’s important because it spurs an audience member on to ask questions and continue the discussion with friends as you exit the lecture. You stay engaged with the subject matter for a bit longer, perhaps, extending the experience. That can be inspirational. Most people in the audience were taking notes. I’m assuming they’ll review them at some time and continue to be inspired by the quips they noted. Also, because Insights hosts a post-lecture reception with the presenters, you are offered the once-in-a-lifetime experience of speaking one-on-one with them. This rare opportunity is, to quote a popular advertisement, “priceless”.

Overall, being there is worth the cost of the Insights series (even if it’s on top of the sponsoring organizations’ membership fees). But I do think that both/either the WAC or the AIGA-MN need to advise/help with the presentations—curate them so-to-speak. Training those uncomfortable with speaking to large groups, or lending staff expertise in preparing supplemental materials (music, demonstrations, models, etc.) would go a long way. As leading thinkers of design and communication, I expected more than the three static PowerPoint presentations I saw. It’s understood that being a great designer does not a great presenter make, but being an invited presenter at the Walker Art Center, with the support of AIGA-MN, does suggest that the presentation be as world-class as the work presented.