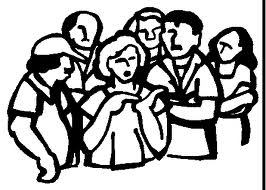 Teaching English led Artika Tyner to become a lawyer. “When I began student teaching,” she writes, “I witnessed firsthand the disparities in the school system influenced by factors such as race and poverty. This was a formative moment in my personal and professional development…. I became committed to shaping public policy and standing up for children. At this point, I also recognized that the law is a language of power and I wanted to learn this language in order to empower others in my community.”

Lawyers hold lots of power in the United States. In Congress, lawyers make up the largest professional group in both the Senate (45) and the House of Representatives (128). Lawyers also lead in business.

Tyner wants lawyers to take a different leadership role. She sees lawyers challenging the power structure, not joining it. She advocates leaders who empower others, not leaders who accumulate and wield power. Tyner has practiced what she preaches, teaching in the clinical law program at the University of St. Thomas. She now teaches in the Leadership, Policy and Administration department at UST.

In her new book, The Lawyer as Leader: How to Plant People and Grow Justice, Tyner describes a “new social justice lawyering.” She describes social justice-oriented lawyer/leaders, from the historic figures of Mohandas Gandhi and Nelson Mandela to contemporary fighters, including Professor Nekima Levy-Pounds at the University of St. Thomas.

Social justice lawyering has a long history. Lawyers defended union leaders in the 19th century, fought civil rights battles in the 20th, and spearheaded international human rights movements and organizations. They represented individuals and organizations, taught in law schools, and founded and led organizations committed to social justice. As a law student and a lawyer, I treasured these examples.

While Tyner values the historic practice of social justice lawyering, her vision goes farther. A hierarchy of power characterizes traditional lawyering: “Lawyers are the problem solvers and they exercise their power based upon their professional credentials to resolve client legal matters” Traditional leadership takes a similar form: “Lawyers who were serving in leadership roles follow a more authoritarian model or a top-down approach.” In contrast, Tyner describes lawyers moving from representing individual clients and groups to leadership within and with the community.

Tyner writes that the new social justice lawyering “would focus on the premise of leadership that begins with a desire to serve (servant leadership) and continues with the desire to motivate others to lead (transformational leadership).” The difference is dramatic. The new social justice lawyer needs not only professional skills but also profound personal commitment to a different way of living in the world. She quotes Nekima Levy-Pounds in describing this difference:

“I think back to Charles Hamilton Houston and the phrase that I love and he says that either a lawyer is an engineer of social justice or he is a parasite. I think that was pretty strong language that he used. But it was necessary to awaken people from apathy and lethargy and indifference and to say, you have the tools to change things — use them. Don’t just focus on self.”

Legal training and practice, old or new, goes far beyond the courtroom drama of popular TV shows. In the real world, only a small percentage of lawyers appear in courtrooms. Real lawyers use many tools besides litigation. Tyner lists six of the tools that legal training can bring to a social justice lawyer’s toolbox:

The book’s use of examples drawn from contemporary social justice lawyering was helpful. I found the references to the Mississippi campaign against predatory lending (p. 134) intriguing, though I wanted to hear more of the actual timeline and accomplishments. The Community Justice Project’s campaign against St. Paul’s use of the charge of obstructing legal process is another good example (p. 114). Perhaps there’s another book waiting in the wings, one that uses case stories to teach the new social justice lawyering in a way that traditional legal casebooks use court cases to teach law.

The Lawyer as Leader: How to Plant People and Grow Justice is an excellent starting point for discussion and practice. Not only lawyers and law students, but also community organizers and leaders of all sorts can benefit from its insights and analysis.