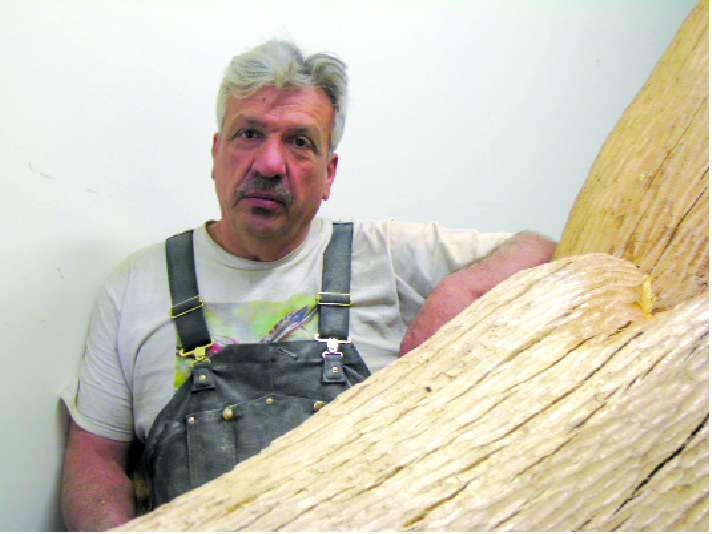 According to sculptor Zoran Mojsilov, an “Art Ark” is coming to Northeast for Art-A-Whirl. He said that when boat owner Cory Parkos, captain of a 60-foot houseboat, contacted him about participating in Art-A-Whirl, Mojsilov agreed to collaborate.

“We’re going to have some art on the boat. I’ll bring some smaller stuff, some of my drawings, and I’ve talked to some of my friends. We’ll have about 10 artists showing things on the boat and on the lawn between the Grain Belt warehouse and the river. I’m going to be the curator and the judge.”

Mojsilov’s studio is in the Grain Belt warehouse, 77 13th Ave. NE, west of Marshall Street NE. The boat will dock at Sheridan Park, at the river and 13th Avenue NE. “This will be our own little circus. It will be a floating museum. We’ll be dependent on the weather and the river. If it rains and the boat isn’t here, we won’t do it. My friends like the idea. I told them to bring whatever they want. We’re just providing space to show art. We may drink a little bit,” he said. Mojsilov said he has been involved in Art-A-Whirl, on and off, since its first year.

The sculptor is known for his huge granite sculptures and outdoor pieces that include large rocks. Some pieces combine rock, metal and wood. His pieces titled Saturn, Bridge, Monolith and Broken Heart are part of the Camden Gateway Project in North Minneapolis. The North Dakota Museum of Art in Grand Forks owns some of his work, as does the Rochester Community and Technical College in Rochester, Minn., Chattanooga State Technical Community College in Tennessee, and the University of Wisconsin at Stevens Point. His work is on display in Texas, New Jersey, Nebraska and Illinois; and in France. A Northeast restaurant, Gardens of Salonica, owns his wood wall sculpture, a coat rack, a planter, and a fountain; his larger boulder sculptures are outside.

Peter Remes, president of First & First, Creative Real Estate, said he owns the building at 945 Broadway St. NE that, years ago, housed the Land O Nod mattress factory. Remes recently commissioned some outdoor tables for the building from Mojsilov, and also displays the sculptor’s granite “Torso” sculpture in the parking lot. The renovated building is home to the new 612 Brew, which opened two months ago. It too will be participating in Art-A-Whirl, according to co-owner Robert Kasak, with 10 bands, four food trucks, and artists including Adam Turman and Dave Witt.

Mojsilov said some of his sculptures will be on display in the Grain Belt warehouse hallway outside his studio for Art-A-Whirl. Don’t look for him inside, though, because—weather permitting—he’ll be on the Art Ark, fishing. “I’ll be fishing for customers and fishing for fish,” he said. His website address is www.zoranmojsilov.com.