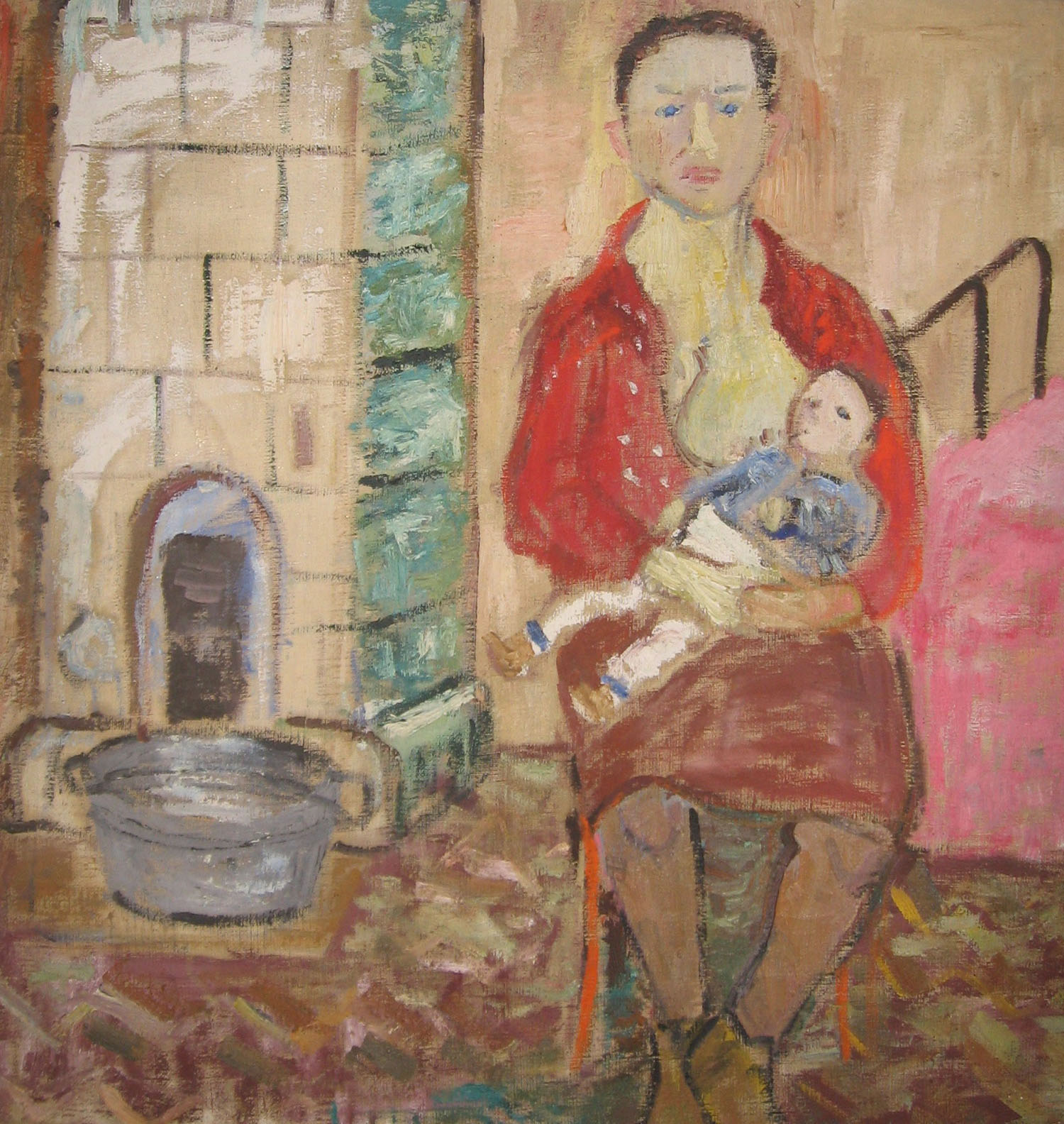 Art Survives: Expressions from the Holocaust on display at the Sabes JCC. This exhibit is a testament to the human spirit, enduring against insurmountable odds.

Beginning October 10, the Tychman Shapiro Gallery at the Sabes JCC will host the art exhibit Art Survives: Expressions from the Holocaust.  This exhibit showcases the work of five Holocaust survivors who created work during and following the Holocaust as a response to their experiences.

This exhibit has special meaning to me, as art created during the Holocaust was my main focus of study.  For me, the study of the artwork created in the ghettos and camps is an attempt to understand how individuals are able to retain their humanity under the direst of circumstances.

I was very fortunate to conduct my research with Dr. Stephen Feinstein, the founding director of the Center for Holocaust and Genocide Studies (CHGS) at the University of Minnesota, to whom this exhibition is dedicated.

It was nearly fifteen years ago that I first met with Steve to speak about researching art created as both a direct and an indirect response to the Holocaust.  Artistic response was something Steve was extremely passionate about, and he shared his vast knowledge through conferences, exhibitions, articles and books on the subject.  Steve also had the vision to promote the works of contemporary artists by creating a virtual museum on the Center’s website. 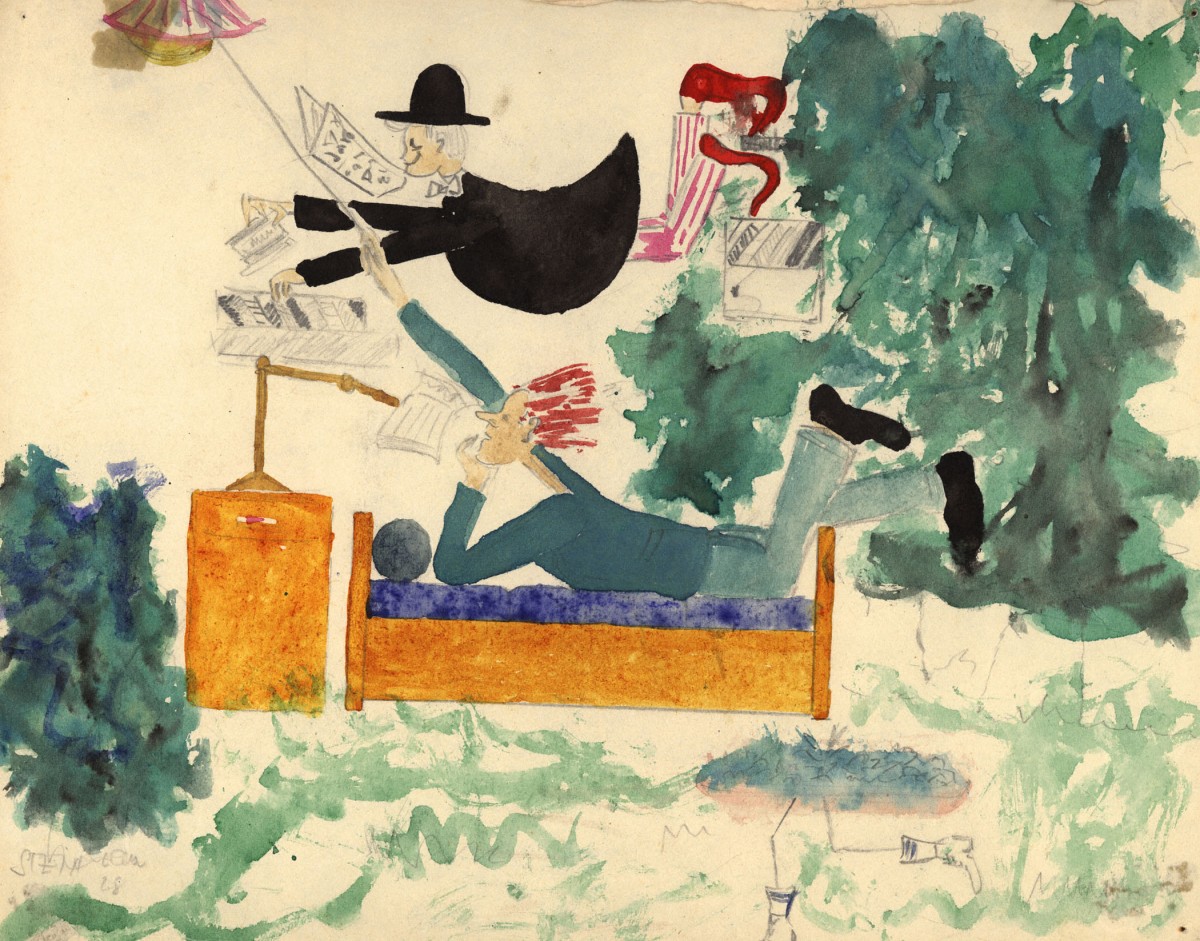 Steve believed that art could tell the story of the Holocaust and other genocides, as well as heal and educate.  In the introduction to his book Absence/Presence: Critical Essays on the Artistic Memory of the Holocaust, he writes about how he saw the role of the artist:  as a reminder of the possibilities of other forms of knowledge.  According to Steve, this form of knowledge was “the real way of knowing what humanity has the capacity to do and achieve.” Holocaust art is a complex reminder of what was lost, and though it has the capacity to heal the artist and the viewer, Steve was clear that “art cannot heal the world or prevent another genocide.”

I will talk more about how the art in the exhibition embodies these ideas, and discuss how the artists created the work in response to their Holocaust experiences at the opening reception on October 16.

It is with great pleasure that I speak that evening to share my knowledge, as well as honor the memory of Stephen Feinstein, without whose commitment and passion I would not be where I am today.  Working at CHGS I reminded daily of Steve’s “absence and presence,” and I feel fortunate to be able to honor his legacy by continuing the work of the Center. I thank the Sabes JCC for bringing in the exhibit and dedicating it to the memory of Steve.

Join us for a talk with Jodi Elowitz, Center for Holocaust and Genocide Studies, U of M. Reception and gallery tour to follow. Free and open to the public.

Art Survives: Expressions from the Holocaust exhibit will run through December 22, 2011.

Jodi Elowitz is the Outreach Coordinator for the Center for Holocaust and Genocide Studies at the University of Minnesota. Ms. Elowitz has more than 10 years of experience in the field of Holocaust and diversity education in Minnesota and Tennessee.