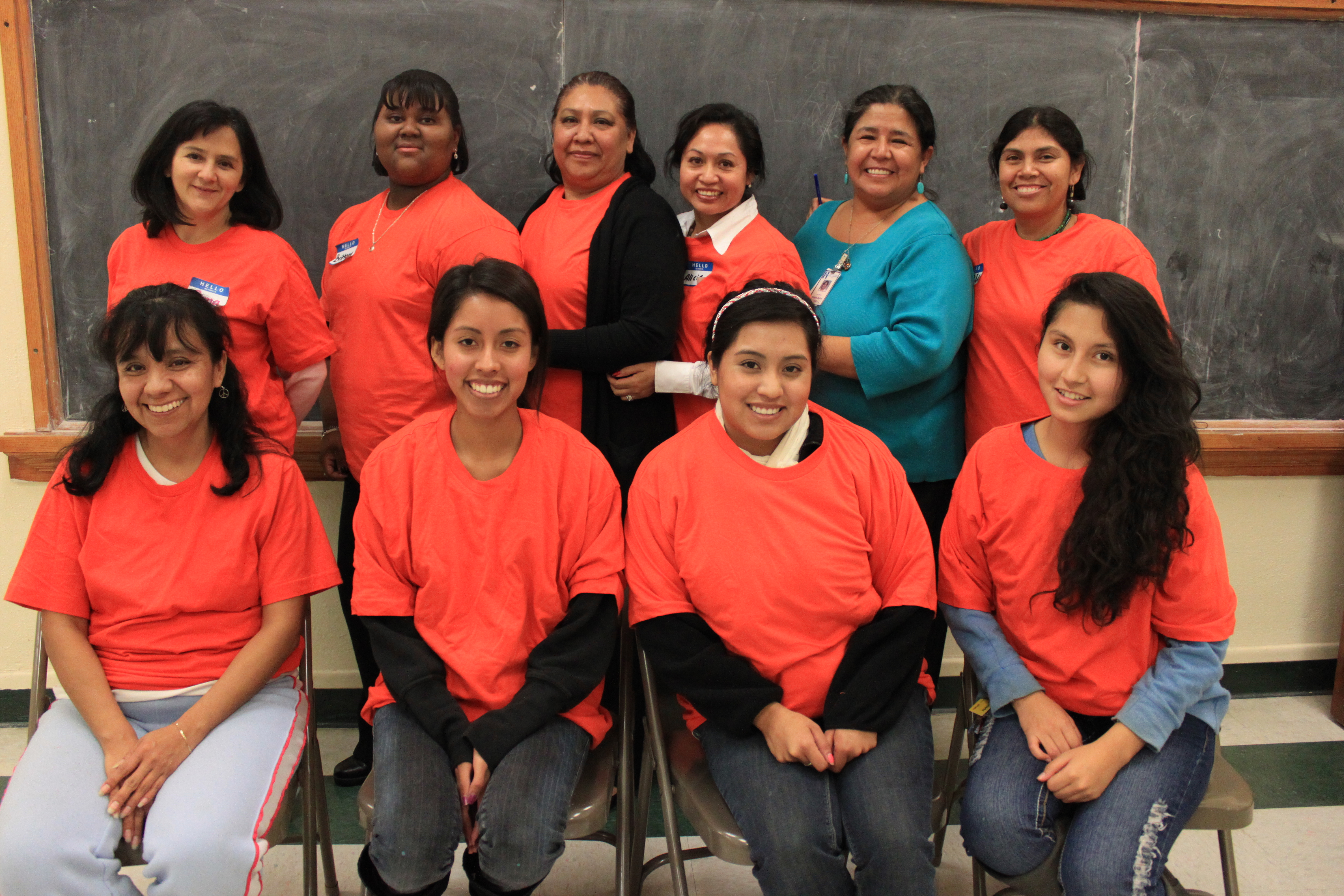 Every now and then you go to a community meeting and you leave saying, well, that was cool. But it’s rare to leave and say, well, that was cool and meaningful. The other night The Latino Youth Development Collaborative held just that kind of an event.

I work on the Twin Cities Daily Planet’s New Normal project and this meeting was co-hosted by TCDP as part of our series of conversations on the achievement gap.That may mean I’m biased, but it also means I’ve attended dozens of community meetings, and so I have the experience to say this one was something special.

A few weeks ago I met with a dozen core volunteers at the Latino Youth Development Collaborative (LYDC), a leadership training group made up of mostly mothers and teenagers. They were eager to talk about Latinos and schools because they are in the midst of developing a survey about education that they’ll eventually administer to Latino parents. The coordinator of the group, Rosita Balch, thought the conversation might help inform the survey.

“We don’t need charts and statistics to tell us Latinos aren’t doing well in school,” one woman said. “We see it! I went to a high school graduation in a school located in an area with Latinos, and there were five Latinos there.”

Nonetheless, I showed some statistics put together by Caryn Mohr at the Wilder Foundation’s MN Compass. One graphic seemed to floor the mothers. It was a chart that showed that Latinos were doing the worst out of any ethnic group, including blacks and Asians and American Indians.

I left them with the charts and the next week Rosita trained the LYDC leaders on how to facilitate a conversation and public speaking. We had decided that they’d invite other Latino parents and hold a community forum where they’d ask the question, what are the solutions to closing the achievement gap?

By the time we met again Rosita and the volunteers had flyered all over, made phone calls and had planned for the conversation. An hour before the big meeting Rosita had called me in a panic because she didn’t have someone to take care of any little children that showed up, and she didn’t have the right food, or food at all. “And they expect to be fed!” she cried. When the parents finally did start filing in their infants and toddlers were quietly whisked away by a babysitter that Rosita had procured. After the crowd settled down, warm food and drinks suddenly appeared.

The organizers had managed to pack 45 people in a room and we talked about the achievement gap over rolled tacos and tortilla chips. From then on Rosita became a fly on the wall. The LYDC leaders sat at separate tables and all sported bright orange T-Shirts, making them stick out like traffic cones in the crowd of parents and adolescents.

And so the conversations began. Walking around from table to table I heard snippets of stories: The system is too lax here…I never hear from the school unless there’s a problem, call me before there’s a problem…They have to find a way to get rid of bad teachers…We need to do a better job of helping our kids with their homework…I’d like an orientation before school starts so that I know what to expect…I want the teachers to know my kid better…The principal even goes to each kid’s house…They have these assemblies that make the kids motivated and they even motivate me…It’s a great school…My kid’s school is horrible, can anyone recommend a new school?

Maria, a volunteer with organizing experience in the Latino community, kept prompting her group with, “Good, so we’ve got a lot of problems, but what are the solutions?”

As the adults talked about solutions, so did a group of adolescents. They talked about what made them succeed in school (I just decided one day I didn’t like to fail anymore…I was bored, I wanted to feel good…my teacher…my parents) and what they need more of (I want to know how I’m doing…I want to be better prepared for the state tests…I want my parents to know how I’m doing).

As the meeting wrapped up the teenagers found their parents again, and the parents found their toddlers who had been whisked away, chatted, and filed out of the room. The sound of metal chairs getting packed up and dragged out cluttered the air.

With the crowd gone, the volunteers debriefed.

“It’s amazing, isn’t it!” said Gema, a volunteer who had been facilitating one of the group of parents. She went down her notes one by one and repeated what she’d heard. Sitting on the edge of her seat she slapped her pen on her notepad and exclaimed, “It’s all about communication!”

It was an ah-ha moment. A moment with an answer. It was a solution they’d come up with, start to finish. They’d gotten the parents there, they’d coaxed it out of them during conversation, they’d organized the meeting and they’d use what they’d learned. They’d unpack it more later.

It was an solution so simple, something so common sense you wouldn’t think you’d need hours of preparation and conversation to come to it. From these parents’ perspective the best thing schools can do to help their children succeed is to improve communication and relationships between parents and the schools.

In the volunteers’ excitement, in the energy of discovery, I was witnessing the art of community organizing. And it is an art. An exhausting, imperfect, underappreciated art. Because it is so agonizingly slow and depends on relationship building, the results of organizing work can be imperceptible to an outside observer, or even to those in the trenches. That night I saw the impact of LYDC’s organizing in a series of split second moments: In the pride of taking a group picture, in deft facilitation and in the comparing of notes, in Rosita’s ability to hang back and let others’ take the reins, in a question—“isn’t it amazing?”—in a sigh of relief that the night had gone well, that people had shown up, that the tacos had shown up, that the parents were eager to share, that a dominant priority had emerged.

It is a simple, maddeningly complex solution.