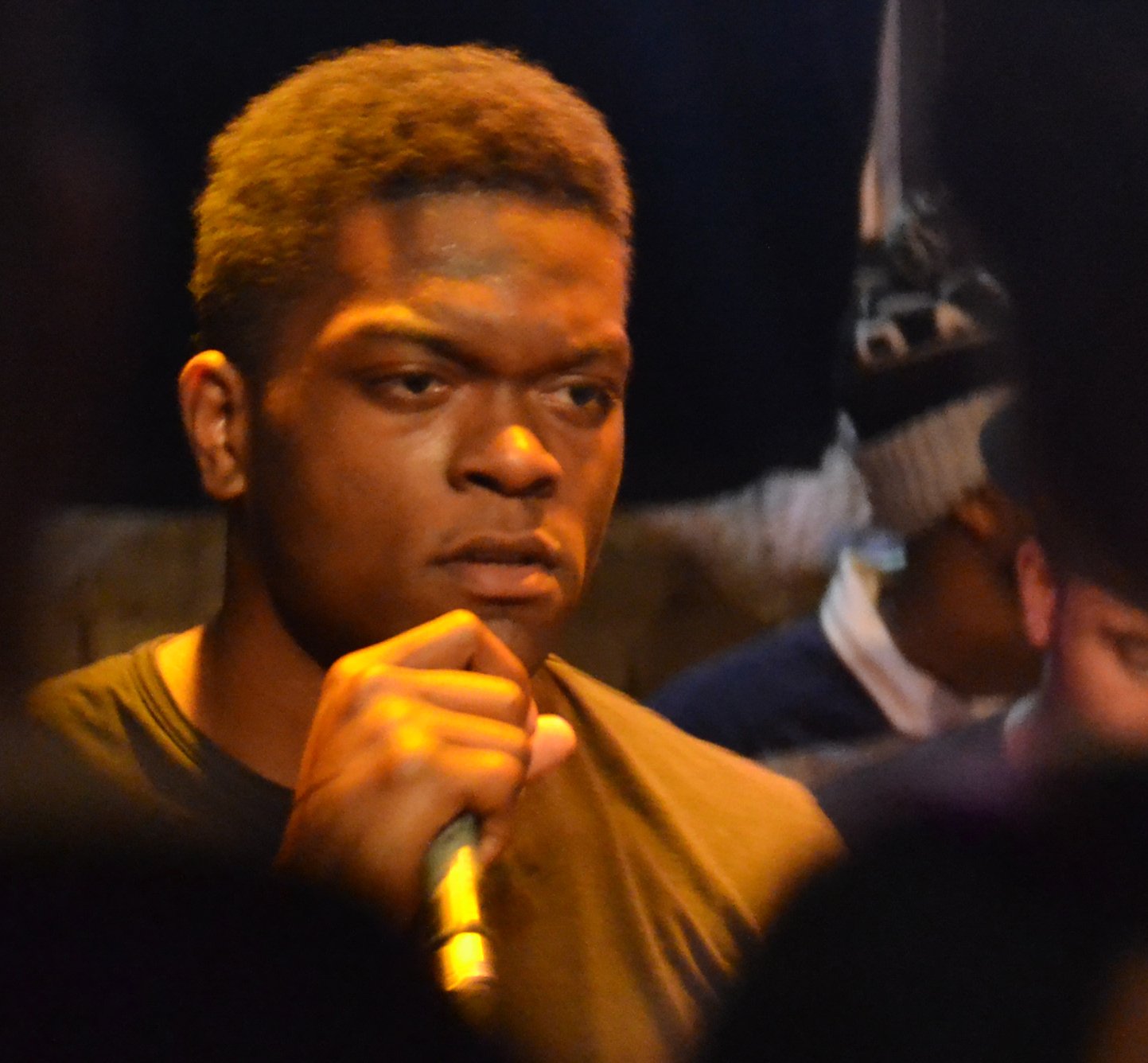 Covenant, member of Ars Nova, performing at Mill City Night on Nov. 8 at the  "Long Live the Empire: Feed the People Show."

Ars Nova performed at Mill City Nights in Minneapolis on Saturday, Nov. 8, and a member of the group, Covenant, shared his passion for making music.

On Saturday, the doors opened at 9 p.m. at Mill City Nights for the “Long Live the Empire: Feed the People Show,” where 11 music groups performed and people brought canned goods to support families for the holidays. The event was hosted by Prince Carlton and featured music artists’ Ced Linus, Sti-lo Reel, and Louie P as the headliners, followed by a group of local artist including: Karma, Airman Heart, Friendly Beers, Skeptic, Ars Nova, Sieed Brown, Nonfic and Korentine.

Ars Nova is a hip-hop group comprised of three people: Covenant (from Chicago), Jaysocreative (from Minnesota) and Monk (from Philadelphia).

Covenant said Ars Nova means “new art,” which is what they aspire to create by mixing elements of 90s hip-hop with a modern day feel as they each bring the culture of where they grew up into their music.

“It’s really about using the old format and good heartedness of 90s hip-hop with the twist of new art growing up in this generation,” Covenant said.

Covenant said they see the 90s as the “golden age of hip-hop.” He said he felt then there was a message with the music as there was a story being told through the lyrics. He said today’s modern music is mainly music that’s meant to be fun which doesn’t necessarily tell a story.

“There was a time where music really spoke to people,” Covenant said. “A lot of my music is stories [and] trying to paint pictures for people.”

Covenant said music has helped him overcome being shy because he loves the vibe of live performances.

At Mill City Nights he and Jaysocreative were able to feel that energy with an electrifying crowd getting amped over their music. Covenant said his experience, as a musician, is still surreal for him.

“Music is one of those things…I always loved but never really saw myself being able to do,” Covenant said. “Being on stage and being able to do music and have people come up to me and tell me they love my music…for right now it’s still all kind of surreal. It’s a really cool experience, it’s really freeing.”