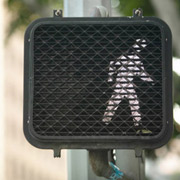 Minnesota has 142,000 miles of streets and highways, 4,458 miles of railroad track, 3,880 miles of walking and biking trails, 135 public airports, 77 counties with full transit service and nine ports for waterways shipment. Practically all of this multibillion-dollar array of transportation infrastructure is a product of intensive public planning. It won’t keep underpinning our access, mobility, safety and prosperity without continued efforts to smartly map out maintenance, rebuilding, repurposing and expansion across all the modes.

That’s why the Minnesota Department of Transportation devotes considerable resources to long-range planning and annual evaluation of all the cogs in the system. Two recent releases from MnDOT give the latest updates on where we are and where we’re going over the next two decades.

Where we are: The 2011 Minnesota Transportation Performance Report celebrates successes in traffic safety, bridge conditions and snow clearance, but points up concerns over road deterioration, Greater Minnesota transit service and delayed bridge inspections.

Where we’re going: The Minnesota Statewide Multimodal Transportation Plan looks 20 years into a future full of “multimodal solutions that ensure a high return on investment while considering the context of place, and how land use and transportation systems should be better integrated.”

That quote epitomizes the density of these reports, which total 160 pages of small type, maps, charts and graphs. It’s a lot to digest, so here’s a CliffsNotes summary:

That finding alone should spur serious rethinking of the ways we meet our travel needs. But MnDOT, once known as the Minnesota Highway Department, can’t do it alone. The vast majority of its funding is earmarked for highways; other modes have to fight for undedicated moneys. It will take bold policy leadership to build and maintain a truly multimodal, sustainable transportation system that meets the challenges of the 21st century.