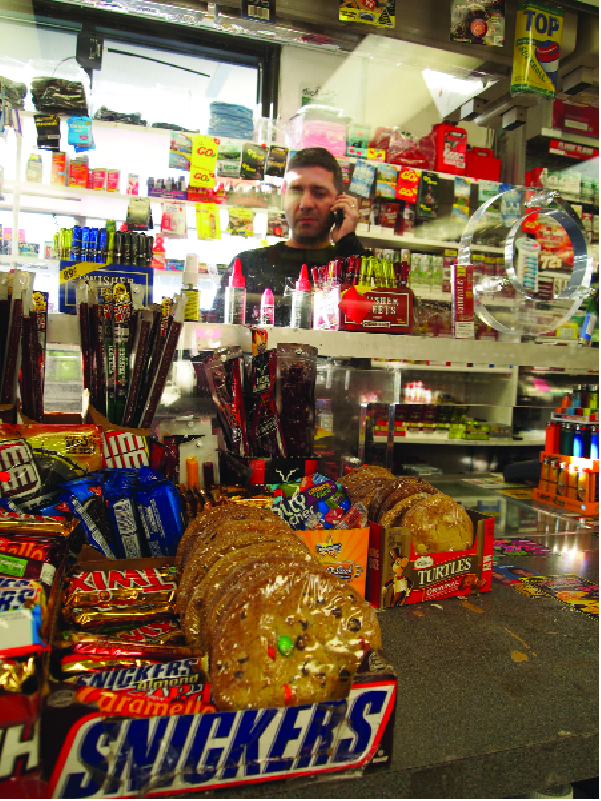 Penn Gas Stop at 26th and Penn became quite the media stage during a store makeover promoting healthy eating. Reporters from WCCO and KARE-11 recorded interviews as Michelle Horovitz from Appetite for Change and Nora Hoeft of the City of Minneapolis Department of Health and Family Support created display areas for fresh fruits in the cooler and on the counter.

The latest effort in the Healthy Corner Stores Project follows about a dozen others in the past two years, where educational information on shopping for food to prepare healthy meals, even on the tightest of budgets, is also distributed. This effort was a partnership through West Broadway Business and Area Coalition and funded by the State of Minnesota.

Appetite For Change is also doing more to let neighbors know that the fresh produce is available through community organizing efforts, and will be holding community events and cooking demonstrations.

Horovitz said, “You can actually make a meal with the produce you find here.”

Especially at the stores that qualify to accept WIC, there’s a selection of food staples besides the popular chips and pop; Minneapolis has a staple food ordinance. Hoeft told NorthNews that she’s scrubbed coolers clean at some stores and people notice that “something’s different.”

For people without cars, “unless you can get a cab, bum a ride, or be on a bus line,” the corner convenience store is where they can shop. “It has to be affordable and attractive.” The Penn Gas Stop had a steady stream of customers during the early morning makeover, at one time there was a long line.

In interviews, Horovitz and Hoeft said they are trying to change behaviors by making it easy to find and choose fresh fruits, by putting them up front and attractively priced and to find fresh vegetables displayed in prime cooler space.

“The store owners are committed to their customer base, and we want them to be successful. They see there is profit, if customers are asking for it, they listen. They know what sells. Fresh may take a while to catch on, it’s not shelf-stable but it will sell if they put it in a good area,” Hoeft said. If it moves fast, it won’t go bad, and then it becomes profitable.

The makeover produce was purchased at a retail warehouse store by the store owner, a common way of supplying what customers ask for. Horovitz said she is hoping that in summer, at least, the project can promote an “uber local” pipeline of produce grown in local back yards. 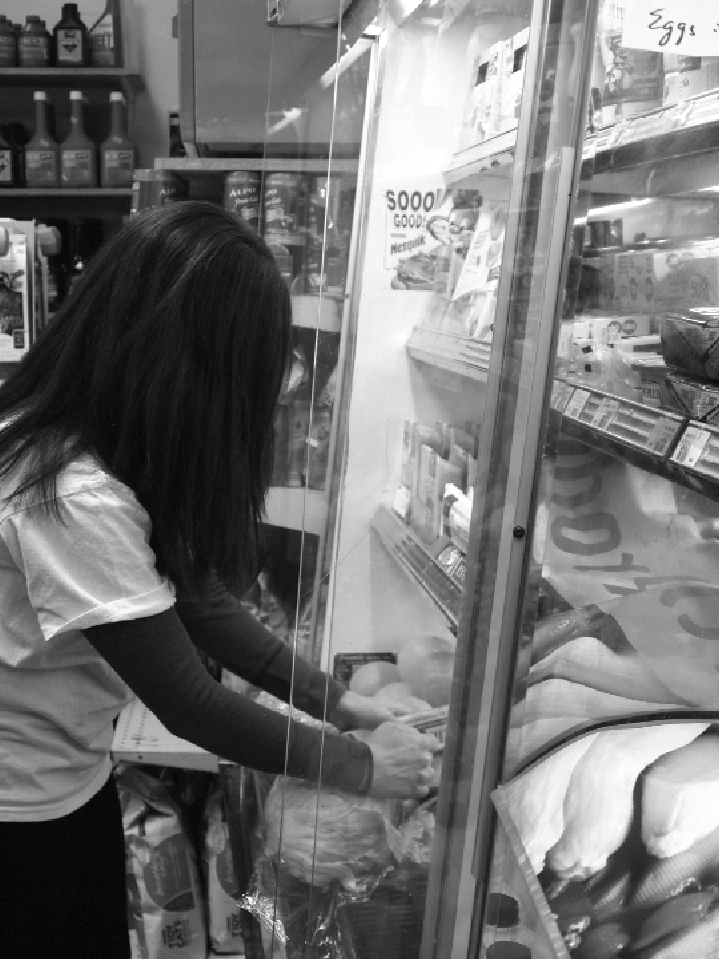 Above, Nora Hoeft rearranged produce while a television reporter rolled his camera. Below, Michele Horovitz adjusting the lettuce packaging. To make room for more produce, they consolidated other items in the cooler. 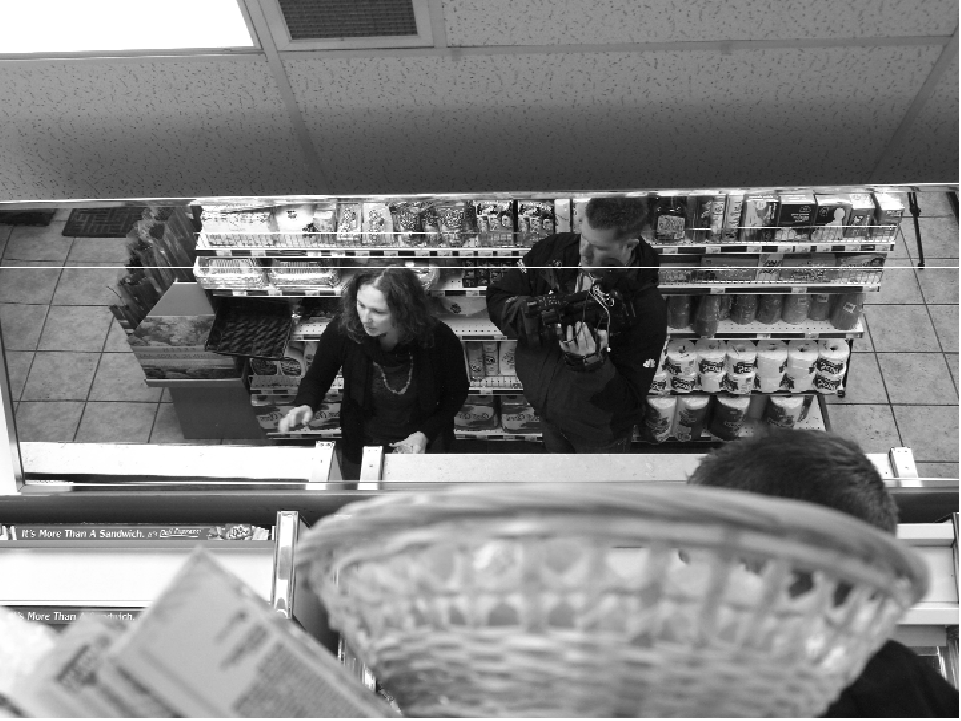