From “Pig’s Eye” Parrant to John Dillinger to Jesse “The Body” Ventura, downtown St. Paul has seen its share of larger-than-life characters—but even so, a 26-foot, 10-ton Egyptian god is bound to raise a few eyebrows. A giant statue of Anubis, the jackal-headed majordomo of the afterlife, was installed in Landmark Plaza on Tuesday to advertise Tutankhamun: The Golden King and the Great Pharaohs, a major exhibit opening February 18 at the Science Museum of Minnesota. St. Paul mayor Chris Coleman gamely showed up to apply a St. Paul sticker to the suitcase of Anubis, who has previously accompanied Tut to London, Vienna, Toronto, New York City, and Atlanta. 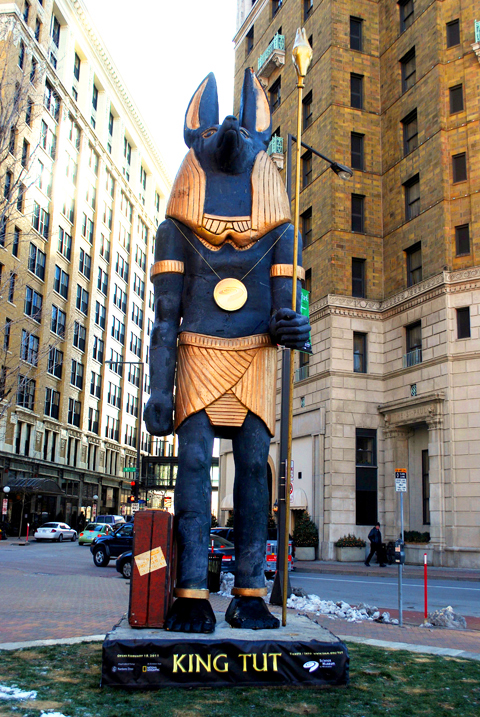 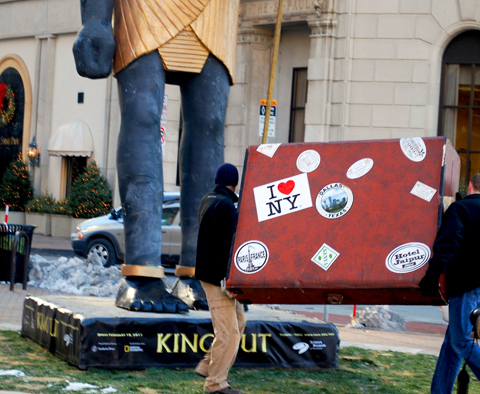 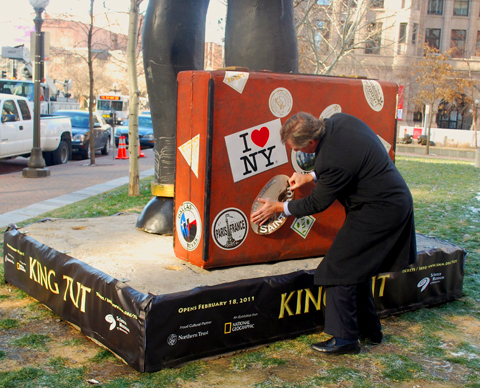 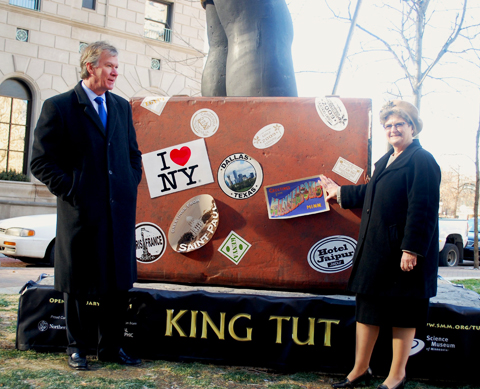