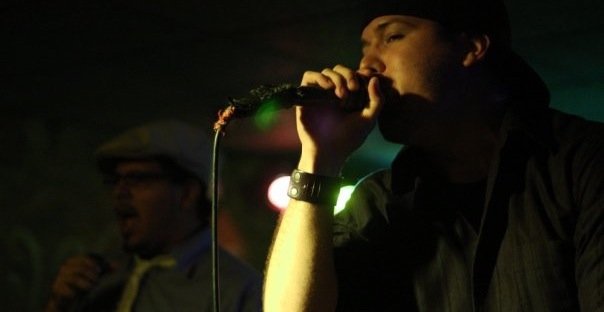 I’m not going to say his name. He’s a media personality, so Voldemorting him only works in his favor. Basically, a conservative student organization brought this anti-feminism guy to campus for a talk titled “CALM DOWN!! Restoring Common Sense to Feminism.” You can probably tell from the casual sexism and double exclamation points that the speakers weren’t exactly titans of scholarship. One of them, however, has become quite famous, so there was some buzz around the event. There were also multiple protest actions.

Rather than write about the guy, or the woman who spoke with him, or the specifics of the actual talk, I wanted to share a few bigger-picture thoughts. Here are a few things on my mind this evening.

Anti-feminism isn’t a big movement, but it is dangerous.

A common discussion point in situations like these is free speech. The value of anti-feminist thinkers is often wrapped up in arguments about the fundamental importance of free speech, of universities as places where differing viewpoints can have a platform, and of how critical it is for students to be open-minded and think for themselves. And that’s all well and good.

But a speaker who explicitly says that rape culture isn’t real, or that affirmative consent policies “don’t seem like that much fun” is directly contributing to the normalization of sexual assault; and that has a real impact on real people. We can argue about the precise size of the gender wage gap, and we can disagree about things like trigger warnings and safe spaces, but encouraging a room of more than 200, 20-something men to not take consent seriously crosses a very important line.

How warped does your thinking have to be that “don’t have sex with someone unless it’s clear that they really want to have sex with you” is some grand outrage? That this is seen as a “liberal” position and not just common decency speaks volumes about why sexual assault is still such a problem on college campuses and beyond.

The point here is that these people can’t be ignored away. Anti-feminism must be defeated. On a micro level, that might look like a protest, if only to let the larger community know that not everyone agrees. On a macro level, that means organizing in physical, educational and online spaces, proactively and effectively, to shift the larger culture away from that kind of thinking.

Part of the appeal of anti-feminism is that it provides a scapegoat.

According to the anti-feminist movement, men are increasingly insecure, confused, depressed or even suicidal, not because of neoliberalism commodifying every aspect of existence, or because of billionaires who keep getting richer while the rest of us struggle to get by, but because of feminism. It follows a certain adorable toddler logic: men have things, but then women want those things too, and then women get greedy and take too much, so now men have less things and they’re sad. It’s easy.

It’s worth quoting Lindy West’s piece on how so many “Men’s Rights” issues are actually things that feminism is fighting for, not against. Here’s the link (it’s in part four), plus a few excerpts:

That’s just five points from the 13 that West covers, and I think it gets to an important truth about the current anti-feminist movement: it isn’t made up exclusively of misogynistic monsters (though those certainly do exist). Some of these people are just blaming the wrong thing for their legitimate problems. It’s a matter of education, empathy, and perspective. And, of course, organizing, which leads me to this last point:

Part of the power of a “defensive” protest is the “offense” it can spark.

When terrible things happen, it’s good to respond to them. “Just ignore them” is, generally, not a good tactic when it comes to things like hate speech. All of that being said, it’s important to connect the in-the-moment action with the organizations who are doing this work every day, and with the proactive efforts that are already happening.

At my school, I can tell people to check out the Women’s Center (and their Feminist Ambassador Brigade), the Gender, Sex & Public Policy Committee at Humphrey, the Aurora Center, Black Motivated Women, the Feminist Student Activist Coalition, SHE, Students for a Democratic Society, the Feminist Book Club, and the whole GWSS department just for a start (feel free to leave others in the comments). If you’re interested in gender equity work, google them and get involved.

Here’s a super down-to-earth example. When I heard about this guy coming to campus, I helped write out this little handout. The idea wasn’t necessarily to hand it to all of the hardcore MRA types who’d be there that night; it was more about providing talking points to people who are already down, and maybe (hopefully) providing a little push for the people on the fence. I think organizing is usually less about convincing the people who disagree with you and more about mobilizing the people who agree with you.

It’s about how we use “bad stuff” happening to promote and cultivate the “good stuff,” whether through taking advantage of hot button issues and writing op-eds for the paper, bringing issues up in class, or encouraging people to plug into activist networks. Because there is a lot of “good stuff” happening at my school, but all over the country too. We’re on the right side of history here; let’s keep building.

But don’t listen to me. Read books, challenge yourself, and connect with people in real life. You don’t have to agree with everything, but doing a little research on what actual, real-life feminists believe (as opposed to some anecdotal story about how some random person on Tumblr was mean) can really demystify the idea. We all benefit from the work of feminists, whether we know it or not.