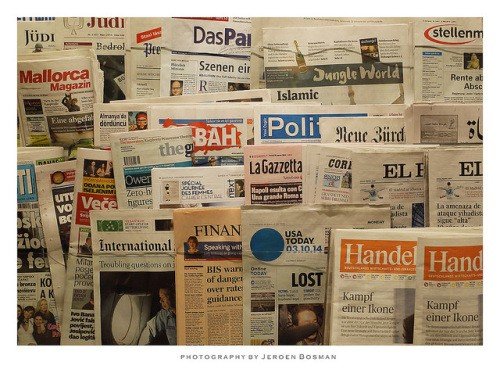 “But should they really publish such things?”

My mother’s question, however is a different question, and the answer to her question is more complicated, bogged down in the distinctions between freedom and propriety and morality and legality, confused also by understanding what “things” Charlie Hebdo or any satirical publication has targets and why, past, present and future. Her question is worth serious consideration, especially by those of us who write, who publish, and who advocate for our political beliefs.

Let’s start with the question of what “things” Charlie Hebdo has published. Some say that its caricatures of the Prophet Mohammed and of Islam go beyond acceptable political satire and that they would never have published or never have gotten away with publishing similar cartoons of Christian figures. That’s demonstrably not true. Past issues of Charlie Hebdo have featured offensive cartoons of popes, presidents, Jews, and Jesus.

“You can decline to purchase Charlie Hebdo on the grounds that its cartoons are racist and inflammatory and simultaneously believe that Charlie Hebdo has the right to publish those cartoons freely and without the threat of violence. Similarly, you can decide not to see The Interview because it just doesn’t look very funny, but still believe that those who make violent threats should not get to determine whether other people can watch The Interview.”

Free speech means that Charlie Hebdo and anyone else should be allowed tosay and publish whatever they want. Defense of free speech does not require anyone to pay for that content, or to approve of it, or to republish it.

That many of the cartoons were offensive is beyond argument. They are satire and satire frequently offends people. Sometimes that seems to be the point, a sharp point stuck into balloons of pomposity, deflating pretension and deception. Sometimes satire both offends us and makes us think. Joe Sacco’s On Satire – A response to the Charlie Hebdo attacks demonstrates and explains how that works.

Which brings me back to my mother’s question: “Should they really publish such things?” That question has to do with morality and propriety, not with freedom and legality. It’s an important question.

NPR won’t publish the video of “a gunman shooting and killing a Paris policeman as the wounded officer lay helpless on a sidewalk,” citing respect for the officer and for viewers who would find the video disturbing. That sounds like a judgment based on propriety, also known as decency.

NPR also won’t publish the offensive cartoons. They explain that, “News editors at NPR and other organizations continually review their judgments on these types of issues when the materials are potentially offensive because of their religious, racial or sexual content.”

That could be a moral judgment, based on rejection of racism and prejudice. That’s the kind of answer that my mother’s question calls for: a conscious decision to speak with respect for others. As Karl Sharro wrote in The Atlantic, we can simultaneously defend “the rights of satirical magazines and radical preachers alike to express their views, and the freedom of anyone and everyone to challenge them.”

Photo by by Joroen Bosman, published under Creative Commons license.