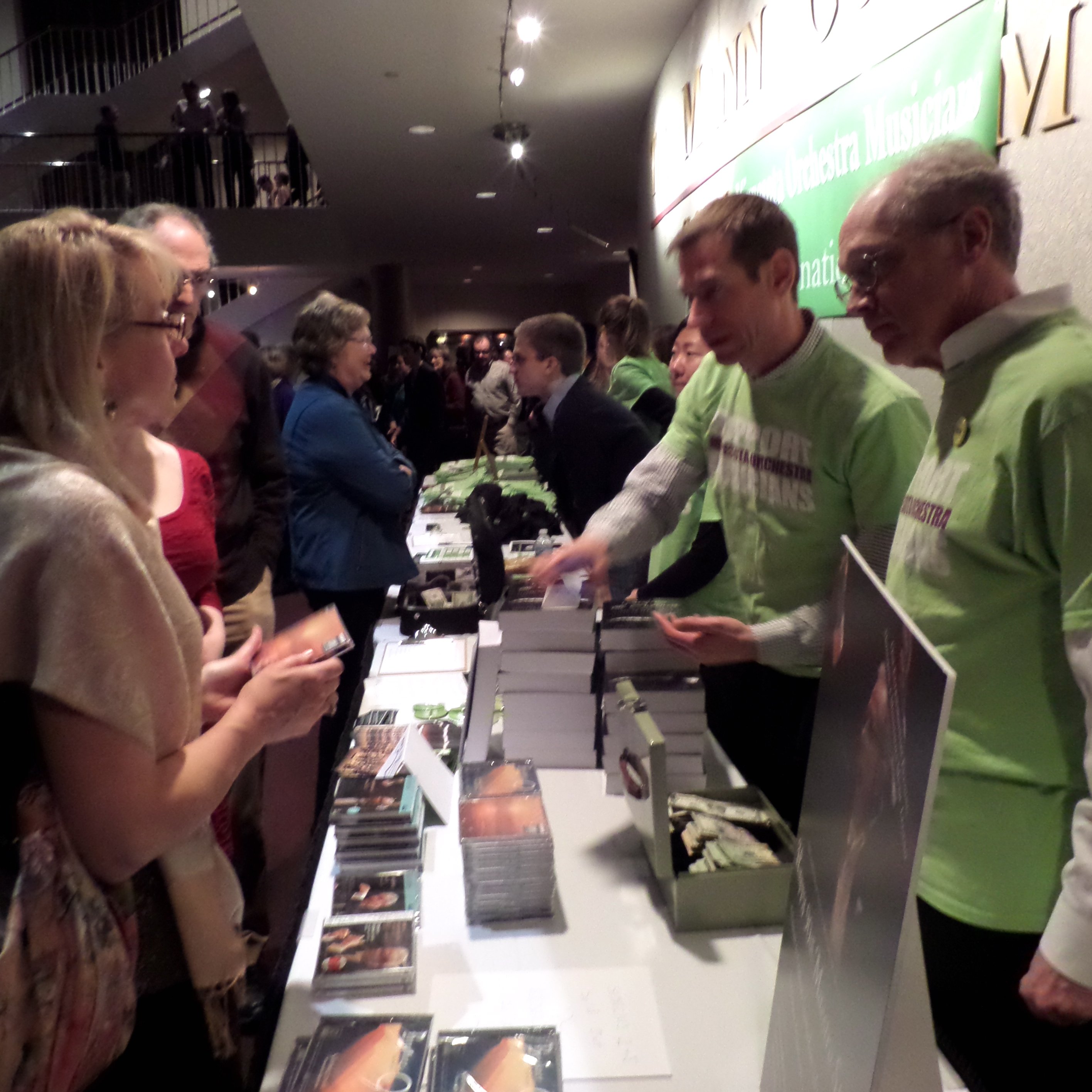 The concert on November 15

Here is the program booklet for the concert: Orchestra Prog Nov 15 13001

I am not an expert in music; I simply love orchestral music, and have great affection for the Minnesota Orchestra for over 30 years now.

Last night was no exception to a long run of quality performance. Maestro Skrowaczewski and the Orchestra were in synch and I marvelled at his endurance at, now, age 90 (October 3 was his birthday). We had seen him about a year ago at the first locked out concert, about two weeks into this unreal conflict. I wrote a bit about it then. You can read it here. Back in those naive days, I think we all felt that this would be a short conflict, none of us imagining 411 days and counting.

I was more attentive to age, last night, than usual. A few days earlier, on Monday, I had to help move my near-89 year old Uncle into Nursing Home quarters in North Dakota. This was not easy. And here was a 90-year old man leading a premier Orchestra.

To my right was Don, an 84 year old neighbor we’d brought with us, who was absolutely enthralled. He said he had first seen the Minneapolis Symphony under the baton of Dimitri Mitropoulos (1937-49), and he had the autograph of the conductor framed on his home wall. He doesn’t drive, and depended on a ride to get to the concert.

My Uncle, on the other hand, will never see this Orchestra, or any large Orchestra for that matter. But in no way does this diminish him. Last time I saw him, he was playing a little tune on the piano in the Nursing Home, and he has a particular love of music generally, including a still strong and in-tune singing voice.

His Dad, my Grandpa, was a farmhouse fiddler who, for a time, had a small country band. Grandpa had received some training in the violin and used sheet music to play tunes. For as long as I can remember their farm house had a piano, and Grandpa often played his “fiddle”.

One of the most moving moments of my life came 20 years ago at a family reunion, when a cousin played Grandpa’s actual fiddle, and one of my other uncles, now deceased, broke down listening to the music of his father, played on his fathers instrument.

I really don’t know where this is all going to end up, but I applaud the musicians for standing for upholding a tradition now 113 years old.

My “mantra” remains: where does the audience fit into this matter? That old man who was our guest; those students; myself and my wife? It is an important question, and seems to be ignored by the big money and power interests. We are ignored at their peril.

We weren’t supposed to take photos last night, and I followed the rules. 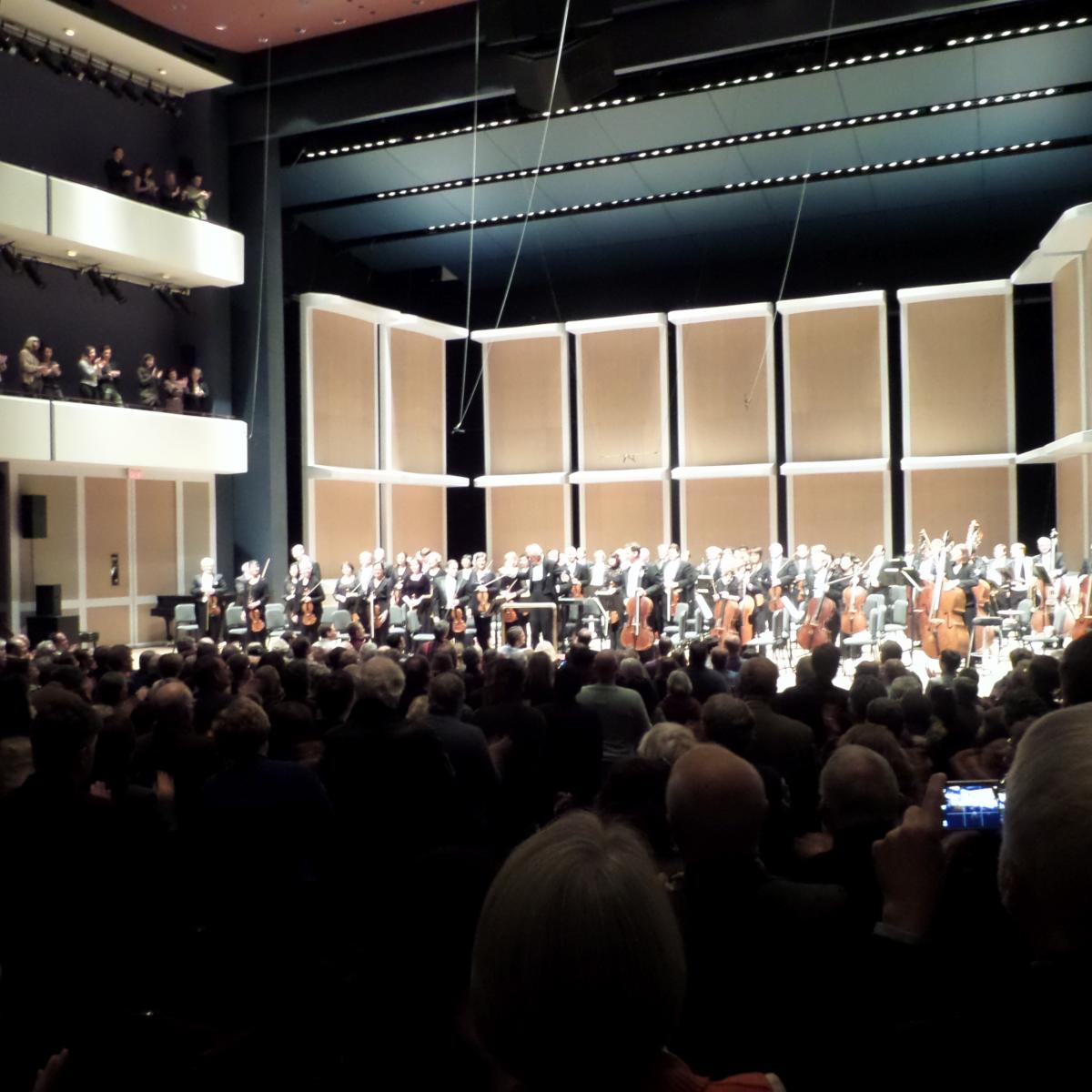 In the lobby at intermission November 15 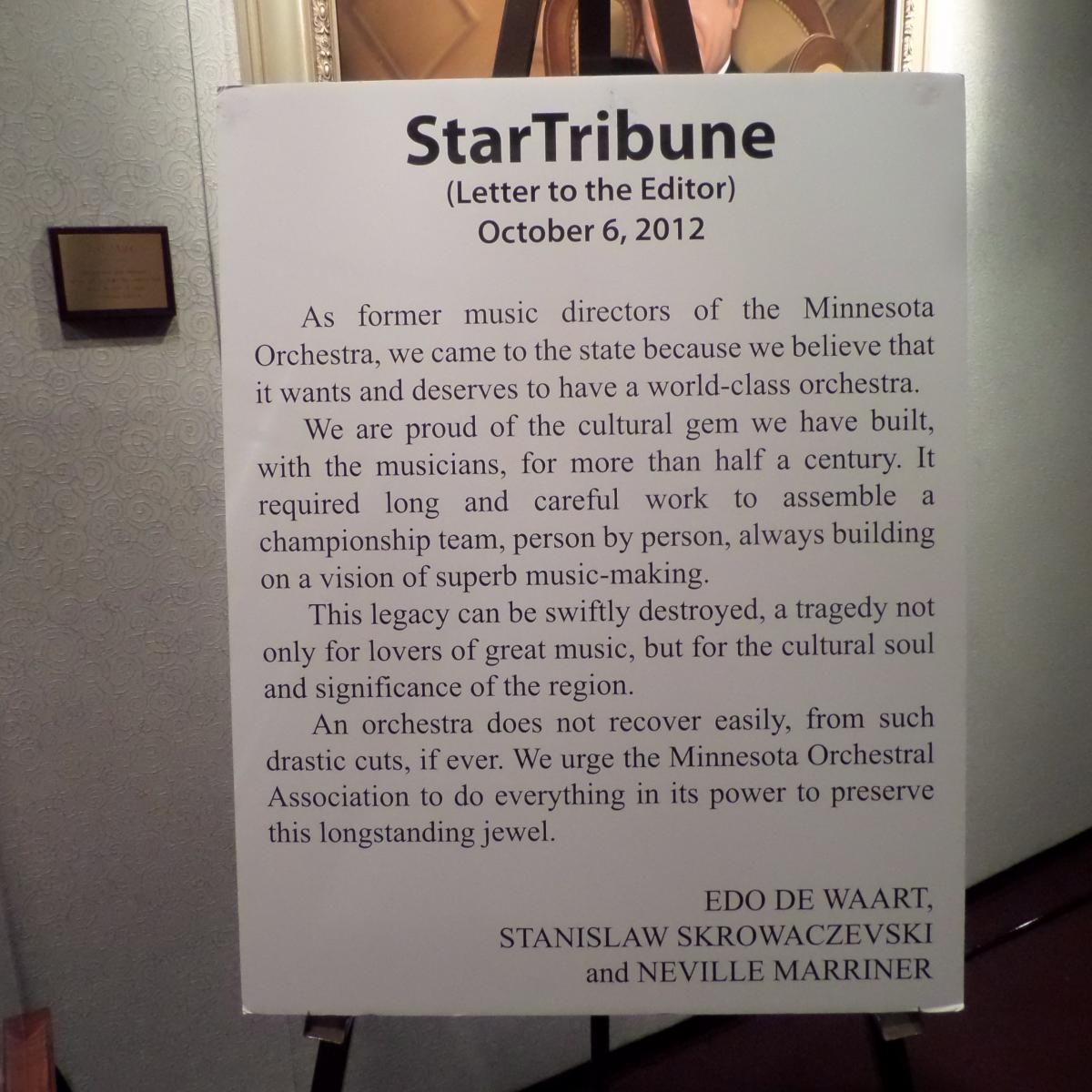 Still no resolution after over a year. Signboard in lobby November 15, 2013

At top: Maestro Skrowaczewski and Orchestra respond to the audience standing ovation at the conclusion of the concert. 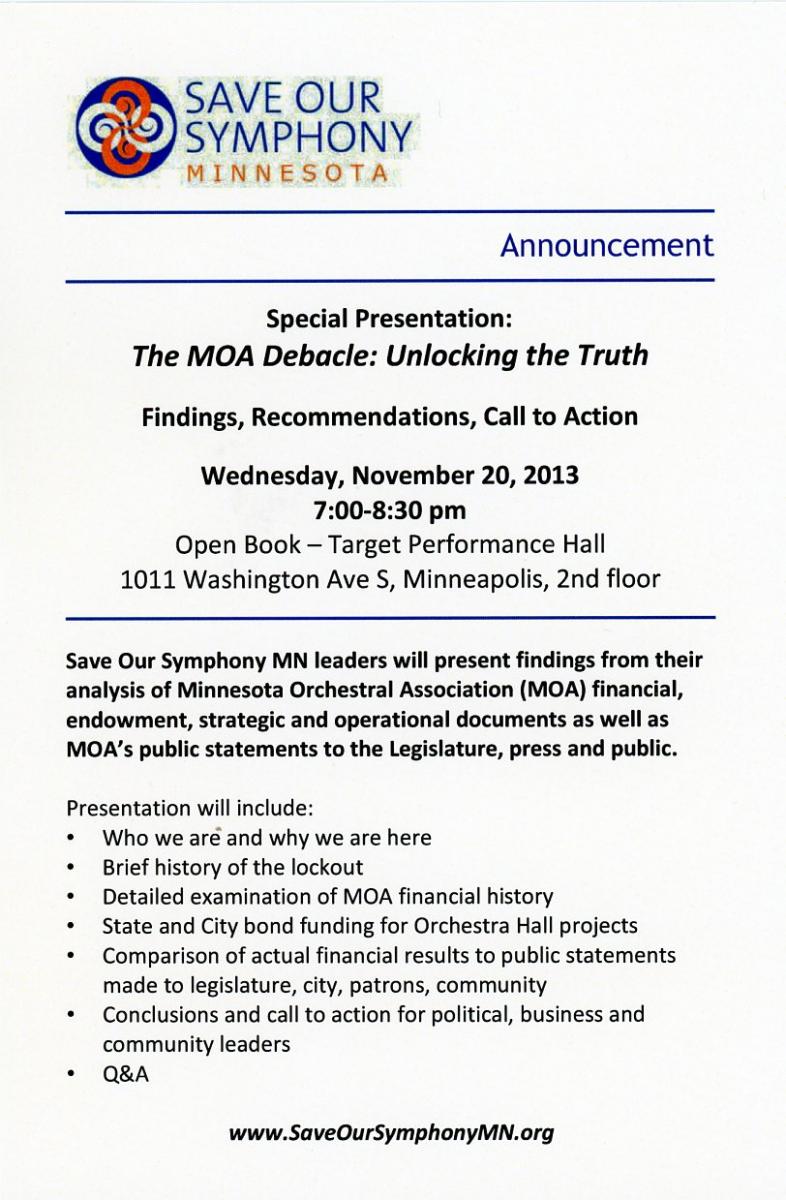 The Musicians website is not yet updated but according to an announcement from the stage by an Orchestra member last night, their goal at Give to the Max on Nov. 14 was far exceeded, and they are grateful. Check the website for more information, including upcoming special events, including the Christmas season concert with Eiji Oue in December.

Comments included at the end of this post. My blog “file cabinet” for the Orchestra Lockout can be found at August 30, 2013, here.