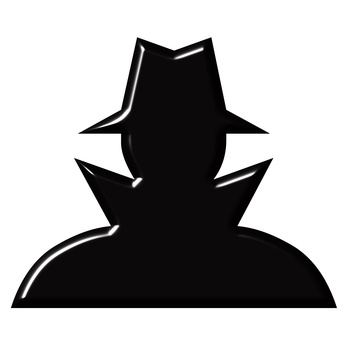 Recently, the Cleveland Plain Dealer revealed that one of its pseudonymous commenters is, in fact, a judge who commented on cases that were currently before her, including a capital murder case. NPR’s On the Media reported that the case “sparked an ethical controversy.” On the Media’s Bob Garfield said he “found it vexing that the editorial staff of The Plain Dealer had the ability to locate the email address for the person posting these comments.” But what is the ethical issue here?

If a public official makes inappropriate public comments – and especially if a judge comments on a pending case – they should face public scrutiny and response.

Anonymous commenters refuse to give their names, but they should know that their email addresses appear in some form that is visible to the newspapers or websites where they comment. Email addresses of commenters are not visible on the TC Daily Planet site, but can be accessed by editors. Some of the most obnoxious commenters definitely know this, as they hide behind email addresses such as “dumbass@yahoo.com.” Hiding your address is not difficult: a Google search for “how to hide email address” turned up 347,000 hits.

Many news sites insist that commenters “give their real names.” Here at the TC Daily Planet, we have no such policy. While we would like the conversations on this site to be conversations between real, named people who stand behind their opinions, there is no practical way to verify identity online. A use-your-real-name policy would be completely unenforceable.

Is it ever ethical to reveal the email address of an anonymous commenter? If so, when should commenters be “outed?”

As Plain Dealer editor Susan Goldberg noted, the guarantee of anonymity given, on rare occasions, to off-the-record news sources, is explicit. The anonymity of commenters is not.

A situation like that faced by the Plain Dealer doesn’t arise very often. I think it serves as a salutary reminder that anonymity on the internet is never guaranteed, and also raises – again – the question of why and how far anonymous comments are tolerated or invited.