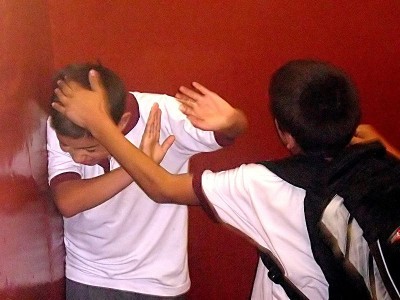 The Anoka-Hennepin School Board will debate at their next school board meeting whether or not to keep a policy that limits discussion of LGBT issues in the district’s schools. The board is considering replacing its “neutrality policy” with an updated one.

The district has been at the heart of a national discussion on anti-LGBT bullying after a number of suicides in the district were linked to bullying.

In addition, six students and their families have sued the district for lax enforcement of its bullying policies. At the heart of that lawsuit is a policy adopted in 2009 that says teachers and staff are to remain neutral on issues of sexual orientation. The school district has admitted that the policy only applies to LGBT issues and not to heterosexual ones.

The Southern Poverty Law Center together with the National Center for Lesbian Rights are representing those students and their families in the lawsuit.

In a statement, SPLC said that it is encouraging that the school board is considering reevaluating the policy.

“The students and families are pleased that the school board is reevaluating its policies,” the SPLC said. “They feel that policy improvements are one important step forward in making the school district a more welcoming environment for all students. We are unable to comment further at this time because of ongoing mediation in the lawsuit.”

Changes to the policy have been opposed by the Parents Action League, a group of conservative Christians in the district headed by Barb Anderson. Anderson is also a researcher for the Minnesota Family Council and has blamed the bullying of LGBT kids on LGBT groups.

She’s even successfully led the charge to get crisis hotline posters for LGBT students removed from schools in the district.

The school board has added an item to Monday’s agenda that would change the policy if passed at a subsequent board meeting in January.

The proposed changes would eliminate the current ban on discussing LGBT issues and simply says that teachers cannot preach their personal beliefs in the schools.

In addition, the district is proposing to beef up it’s anti-bullying policy to include sexual orientation and gender identity. The policy had previously alluded to protections for LGBT students by referring to the school’s equal opportunity clause. The proposed one would specifically address anti-LGBT bullying as well as 13 other characteristics.