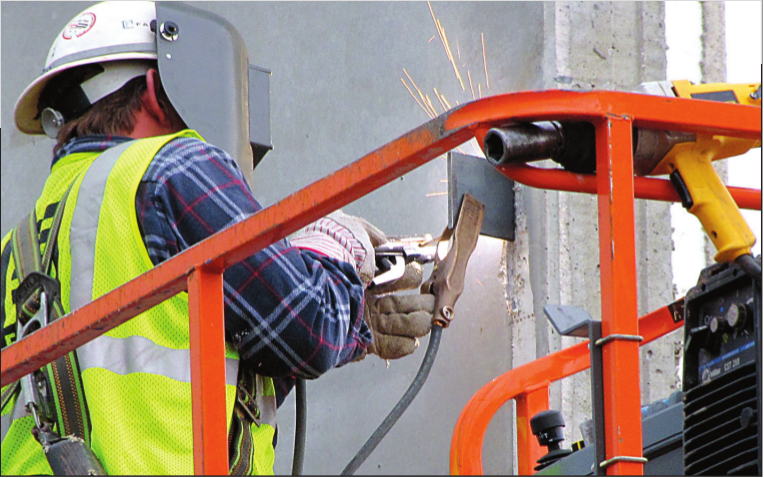 With no advance public notice or public hearing, the Anoka County board voted 4-2 February 12 to rescind its 23-year-old policy supporting prevailing wage on county-funded construction projects.

The prevailing wage policy had applied to county-funded construction projects costing more than $10,000.

Prevailing wage supporters took issue with the board’s process to revoke the long-standing policy and maintained that the prevailing wage policy ensured quality construction work for the county while also ensuring workers received a fair wage.

“For a county that prides itself on transparency — that won an award for transparency — there’s an awful lack of transparency here,” said Dan McConnell, business manager of the Minneapolis Building and Construction Trades Council. “I would ask our members who live in Anoka County to contact their county commissioners and ask them to reinstate prevailing wage.”

Prevailing wage policies require that employees working on government-funded construction projects receive wage rates comparable to wages paid for similar work in the area where the project is located.

“[Prevailing wage] prevents local contractors from being undercut by bidders from low-wage areas,” McConnell said, and, in the case of the Anoka County policy, “keeps the money in Anoka County.”

Prevailing wage policies long have become a target for opponents of organized labor, who charge that the policies favor union contractors.

Prevailing wage supporters maintain that the policies level the playing field between union and non-union bidders — by requiring all bidders pay the same wage rates.

Over the past two election cycles, organized labor lost a pro-labor majority on the Anoka County board and a move by the new majority to repeal prevailing wage was feared.

“I’ve seen it coming,” said Commissioner Jim Kordiak, one of the two “no” votes. But the timing of the vote February 12 came as a surprise.

“It was introduced at a very clever time in my view,” Kordiak told the Labor Review. “The county board was meeting at a remote location.” The board meeting February 12 was scheduled for East Bethel’s City Hall, not at the Anoka County Government Center.

“The attitude of those who put it before us was they wanted to get it over quickly,” Kordiak said. “That was done on purpose.”

The repeal first passed the board’s management committee by a vote of 3-1, with Kordiak as the lone “no” vote. A few minutes later, the full board — minus the absent Schulte — passed the repeal on a voice vote after a brief discussion.

In the video of the board meeting, board chair Rhonda Sivarajah said that the $10,000 threshold for the county’s prevailing wage policy was outdated.

Sivarajah also said she had heard from local businesses who complained that the paperwork to comply with the prevailing wage policy was so burdensome that they were not bidding on county projects.

In Commissioner Carol LeDoux’s two years on the county board, she told the Labor Review, “no business ever expressed to me their desire to bid on jobs they’re not able to bid on” because of the county’s prevailing wage policy.

“I don’t want to go down the slippery slope of paying quality workers less than a livable wage,” said LeDoux. “I want people to be self-sustaining and the only way they can do that is by having a livable wage.”

The repeal applies only to projects funded exclusively by Anoka County. Prevailing wage would continue to apply to construction projects in Anoka County which are funded in part by state or federal funds.

“I’m greatly disappointed by the outcome,” Kordiak said. “I have supported the trades throughout my career.”

“By supporting prevailing wage, you help ensure that those who are working on your behalf are paid a responsible wage,” Kordiak said. “You send me a trained workforce. Your members live in my community; you are the fiber of my community, as far as I’m concerned.”

“At a time when our President, Congress and state legislators are looking at increasing wages for working class people, Anoka County commissioners are lowering wages by repealing the prevailing wage policy for construction workers, who have been hit the hardest by the economic downturn of the last five years — absolutely shameful! As an Anoka County resident, I want to live in a community whose elected officials seek to raise our standard of living, not lower it.”