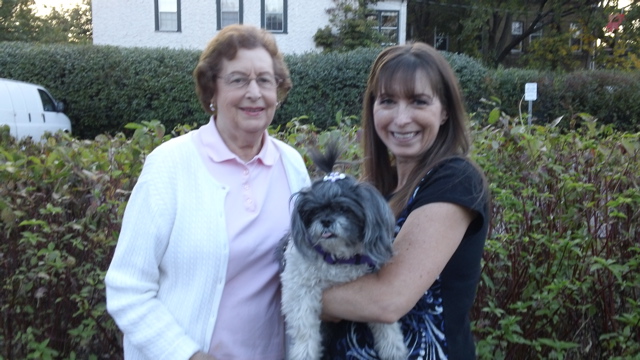 Ellen Jeddeloh and her mother, Margery Jeddeloh are members of St John's.  Ellen's dog is Dixie. (Photo by Jeanette Fordyce)

Complete with an occasional woof, wagging of tails and shuffling of paws, 15 dogs were blessed on October 3, in celebration of the October 4 feast day of St. Francis of Assisi.  Members of St. John the Evangelist Episcopal Church in St. Paul brought their animals for prayers and singing.  “We have been blessing the animals ever since I have been here,” said Rev. Keely Franke, “which has been over four years now.” The celebration of animals took place at the Farmers’ Market at Dale and Summit near the church.  The farmers at the market were blessed first.  Only two booths of farmers were at the market in this late harvest season.

St. Francis is the most popular Catholic saint in the world, according to Jon M. Sweeney, scholar and writer of books about St Francis of Assisi.  Sweeney writes that most people know something about this man.  He supposedly preached to the birds, blessed the fish that were caught and released them back into the waters, and communicated with wolves.  A story of St. Francis tells that he worked out an agreement between one famous ferocious wolf and a terrified citizenry of an Italian town.   Francis is said to have used real animals when he created the first live Christmas nativity scene.

Ellen Jeddeloh, a member of the St. John’s the Evangelist Church, said “I just feel good having my dog blessed.”  She has been coming every year for fellowship and the celebration of animals. 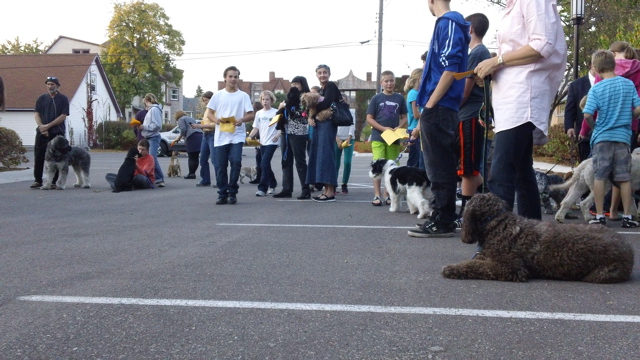