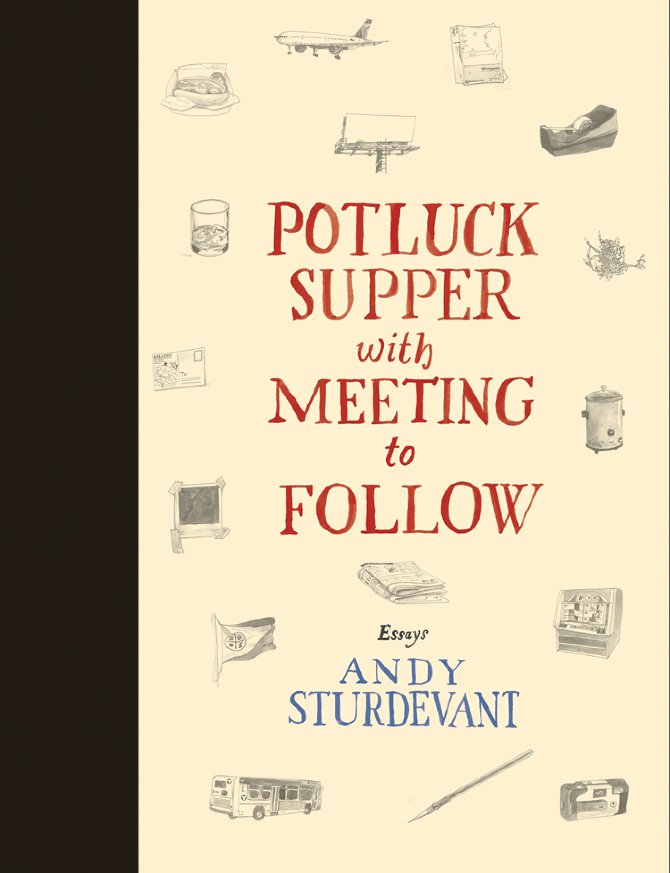 When I was 11, my family moved into the house my father had grown up in—a turn-of-the-century foursquare near the University of St. Thomas, where my paternal grandfather taught English. My dad Jim could still walk around the block, until well into his 50s, and be greeted as “Jimmy” by elders who had been there since he was a boy. When describing my family’s relationship to our home, I would tell people at college that my dad was convinced we lived in the best house on the best corner of the best neighborhood of the best city in the best state in the best country in the world. Not that he thought any of those jurisdictions was perfect; each was just obviously preferable to any reasonable alternative.

I went far away to college—to the east coast. I was looking for broader horizons, and I was sick of St. Paul. I ended up spending 14 years in Boston: four years in college, and then a decade in graduate school. The more time I spent there, the more proudly Minnesotan I became. Minnesota was the perfect place to be from: people generally had positive impressions of the place, and respect for anyone who could endure those winters, but they didn’t really know much about the state. As I rattled off the most impressive Minnesota facts I could muster, I was convincing myself—I later realized—as much as I was convincing my classmates of Minnesota’s manifold virtues. By the time I finished my Ph.D. in 2007, I had come to terms with the fact that I could never be content settling anywhere else. Back, then, I came—and here I’ve been ever since.

Is this the Minnesota I wanted? Is this the Minnesota I expected? Yes, and no, respectively. My initial plan now seems ludicrous: to live in St. Paul, in one of those charming one-bedroom apartments in Merriam Park or Mac-Groveland. That was the Minnesota I knew, and I imagined myself living a quiet writerly existence, maybe finding a nice librarian type to kick off her stylish-but-sensible flats and curl up next to me on our vintage couch.

Instead, though I initially lived with my parents in St. Paul, I immediately gravitated towards the indie arts scene in Minneapolis—the major city that I’d known about, and occasionally visited, but had somehow not imagined having much to interest me. The reality is that I would be long gone from Minnesota (again) if it weren’t for Minneapolis, where I now live and where, in fall 2007, I found myself sitting on a shoe store roof, eating okra freshly barbecued by one of the editors of a publication I’d fallen in love with and was proud to be writing for: ARP! (Art Review and Preview). As I put it in a post commemorating the publication’s 2010 demise, this was “my first taste of la vie bohème, Minneapolis-style.” This had never been anything I’d known or talked about when I was singing the state’s praises out east, but it’s now become the core of what I love about this state.

I don’t remember whether Andy Sturdevant was there at the cookout on the roof of Robert’s, but he might very well have been. The 2005 Kentucky transplant was another ARP! contributor and someone who, like me, was learning to love things about Minnesota that you wouldn’t know from the radio, or the movies, or St. Paul. Andy’s essays, from ARP! and other publications, have now been compiled in a Coffee House Press book titled Potluck Supper with Meeting to Follow. It’s a book that feels like the first book about my Minnesota—not the Duluth I knew as a child or the St. Paul I knew as a teen and visiting collegiate, but the Minnesota I’ve lived in since 2007, a Minnesota in which one can make a happy life because it contains multitudes.

The decidedly unusual thing about Andy as one writing about Minnesota is that he’s not from here—but a central theme of his writing is that despite our humblebrags about being dyed in the wool and whatnot, a lot of people who live here are not from here. Not only is the state home to many very recent transplants, in a broader socio-geographic sense the region is defined by its newness. Except for Native cultures, which are far too belatedly getting some of the respect they deserve from the descendents of genocidal European settlers, almost everything we know as “Minnesota culture” is less than 200 years old. In many other states, you can sit down at bars that have been open longer than that.

Further, Andy observes, we haven’t even been very thoughtful about preserving what we have built in this state. “Lots of American cities,” he writes, “were determined to turn their downtowns into suburban-style corporate campuses after World War II, but few did so with the aplomb of Minneapolis’s city fathers.” Andy’s unwillingness to kiss the ring of “livability” is even more apparent in his discussion of driving through the city.

I’d forgotten how unattractive Minneapolis is, as seen from a car. Unattractive, even ugly. At forty miles per hour, behind glass, most of the city is a bland, indistinguishable blur of one- and two-story buildings, on a flat, unending grid that stretches off to the horizon in all four directions, broken up only by massive parking lots. There are few curves or diagonals. There is little variation in the elevation. And for half the year, it’s covered in snow.

This accords with the observation of a recent out-of-town friend my girlfriend and I hosted; Minneapolis, our friend said, was “grittier” than she expected. That’s certainly not a word on most lists of Twin Cities talking points, but when I thought about what basis our friend might have had for using it, it occurred to me that we’d taken her to what we described as the most picturesque spot in town—the Guthrie’s Endless Bridge—where we’d proudly showed her a view encompassing multiple flour mills (one of them partially in ruins), a railroad bridge, and a lock and dam for cargo barges. Even the verdant city park in view is home to a giant tower for power lines, and to get from our parking space to the Guthrie, we’d walked our friend past the Metrodome, through what Andy accurately describes as “the most utterly charmless chunk of real estate in the entire city.”

Any lifelong Minnesotans who might be inclined to take umbrage at this Southerner’s candid comments, though, should—if they have any decency—be stopped short by Andy’s incredible eye for the sort of details of local culture that even the most devoted Minnesotans tend to overlook. Have you, for example, taken the time to look at every single governor’s portrait in the Minnesota State Capitol? Could you describe the Minneapolis and St. Paul city flags? Do you know what happened to the Minneapolis Institute of Arts sculpture a young Mary McCarthy hid behind when she ran away from home during her short, unhappy tenure in the Whittier neighborhood? Could you identify the most widely reproduced work of art ever created in Minnesota?

Potluck Supper with Meeting to Follow is a history of sorts, but it’s a history that works its way backwards. Instead of starting with the glaciers and then moving on past the Dakota, the Swedes, and Prince to a concluding section with cursory mentions of Somalis, Target, and the Midtown Greenway, this is a ground-level study that starts with Andy’s arrival smack in the middle of a snow-covered Powderhorn neighborhood, stumbling into Matt’s Bar and working his way outwards until he’s sketched a broad outline of life in Minnesota today, buttressed by the kind of forays into the past that you wouldn’t necessarily think to make if you just took, say, a sign reading LUTHERAN COLPORTAGE SERVICE as a fact of life.

The book feels a little lumpy and disjointed by virtue of its being a collection of previously published essays, but that’s fine. In part because most of these pieces were originally written for an online audience, none of them outstay their welcome; further, most are illustrated by Andy’s own sketches. One of Andy’s neatest tricks is to write completely convincing fictions about the state and to slip them slyly into a section titled “Incredible Tales”; even though the section includes a story I knew to be false, about a secret art gallery in the IDS Tower, I was still fooled by the story about the Metrodome’s artist-in-residence. (If I didn’t even know Minneapolis has a flag, why should I know about the painter living in a skybox?)

One of my favorite passages in Andy’s book is his description of a (fictitious) passage written about Minnesota by a (fictitious) Parisian intellectual of the late 19th century. “Over there stretched dry and arid landscapes, calcinated plains, heaving and quaking ground…monstrous flora bloomed on the rocks; everywhere, in among the erratic blocks and glacial mud.” The description was written to accord with the background of the actual portrait of Governor John Lind, painted in the early 20th century by a Romantic artist named Max Bohm who set Lind in a fantastic vision of the American frontier.

That was Lind’s official portrait, now on view at the Capitol. Its existence, of which Andy’s essay on governors’ portraits was probably the first notification for 99% of his readers, is a reminder of how long Minnesotans have embraced a fact that, of late, we’ve become all too likely to forget: moreso than most people in most places, we exist here as strangers in a strange land.