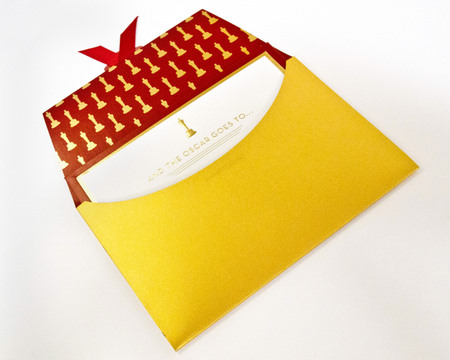 "And the Oscar Goes to..." New envelopes and announcement cards bearing the names of Oscar winners have been designed, the Academy Awards announced.

For 70 years, the use of sealed envelopes has been a part of the Academy Awards. Viewers and nominees watch in suspense as envelopes are opened with the words: “And the Oscar goes to…”

But the envelopes always looked like someone was opening up, well, their personal mail. Until this year. Hollywood glam is vamping up the winner announcements.

“The envelopes are such an integral part of the Academy Awards, yet there has never been a dramatic, specially designed envelope and card to announce the Oscar recipients,” announced show producers Bruce Cohen and Don Mischer. “We felt it was time to change that.”

The Academy selected Marc Friedland to design new envelopes and announcement cards bearing the names of Oscar winners at the 83rd Academy Awards.

The outside of the envelope and flap is an Art-Deco-inspired satin gold foil frame with an ecru inset panel bearing the name of the award category in a rich charcoal ink. The envelope will contain a heavyweight ecru card featuring gold foil accents and a gold leaf-embossed Oscar statuette along with the phrase, “And the Oscar goes to….” The winner’s name will be printed in charcoal ink and mounted on to a matching, red lacquer hand-wrapped frame. The back of the card will be printed with the award category.

Friedland will produce an announcement card for each of the year’s nominees. After final tabulation of the ballots, Brad Oltmanns and Rick Rosas, the PricewaterhouseCoopers (PwC) partners, will insert the appropriate announcement cards and fasten the envelope with a red double-faced satin ribbon and a red-lacquered and gold-embossed seal featuring the PwC logo. All of the remaining nominee cards will then be destroyed.

PwC, a firm of certified public accountants, began counting the Oscar ballots in 1936. In 1941, the Academy began the practice of sealed envelopes.

“I wanted to create an envelope that matched the iconic stature of the Oscars as an event known and watched around the world,” said Friedland.  So few people actually ever hold these envelopes, but I want everyone to see how special they really are.”

Friedland is a Los Angeles-based custom invitation designer creating stationery arts for high-end clients. This year marks the 25th anniversary of his namesake business along with Creative Intelligence, his experiential branding agency counterpart.

Academy Awards for outstanding film achievements of 2010 will be presented on Sunday, February 27, 2011, at the Kodak Theatre and televised live on the ABC Television Network beginning at 5 p.m. PT/ 8 p.m. ET. 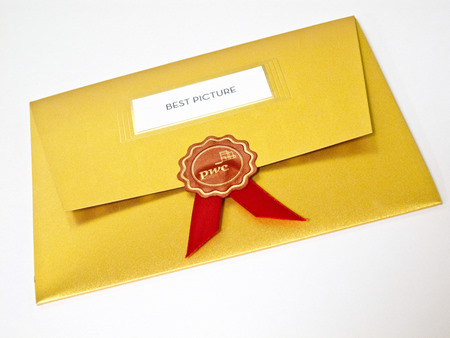 (Above) The envelope, with a red double-faced satin ribbon and a red-lacquered and gold-embossed seal, featuring the PwC logo. 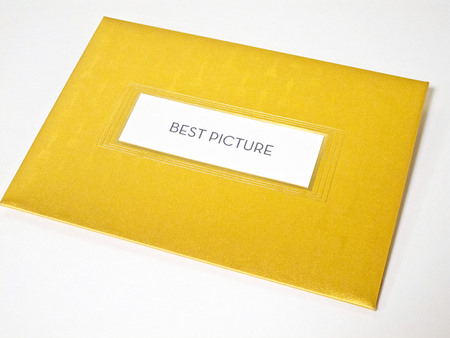 (Above)  The back of the card will be printed with the award category. (photos: Patrick Prather A.M.P.A.S).