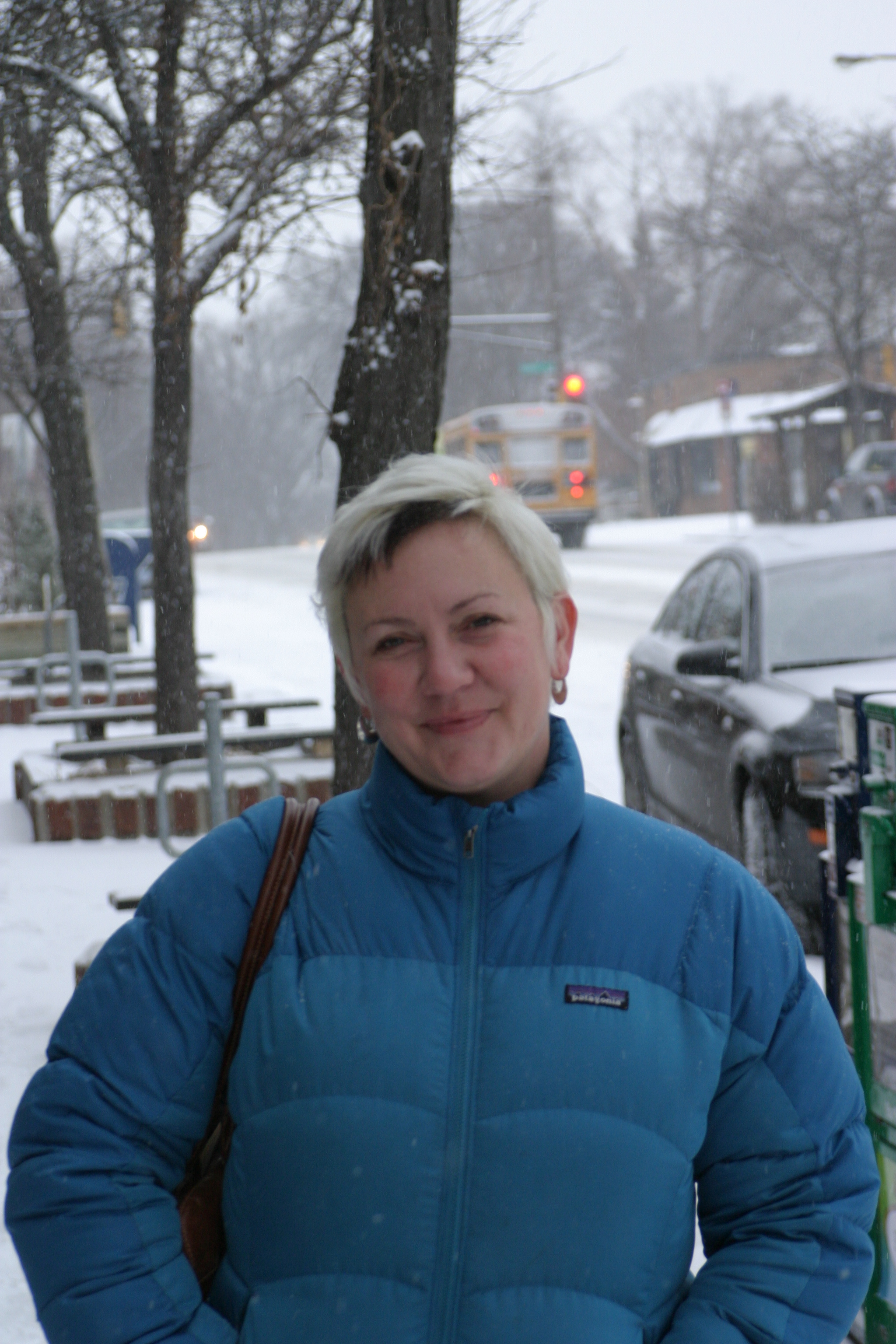 Amy Brendmoen is 42, lives at the south end of Como Lake, is married with three kids, races in triathalons, and can do 210 pushups. Brendmoen also just got elected to the Saint Paul City Council from Ward 5, and wants to build an army of problem solvers.

Brendmoen says her compulsion for problem solving led her to run for office. For her, the government is a “vessel” for solving problems, and she already has her sights set on addressing problem properties and landlords. She will not be going it alone, rather, she hopes to use her position on the city council to get more people involved in government, creating what she called “an army of problem solvers.”

Brendmoen attributes her compulsion to her mother’s influence. Growing up with a single, teen mom, “We were really poor,” said Brendmoen, “but my mom was a really resourceful person. She approached everything as an opportunity looking for an answer.”

The Amish Envy Club was one of Brendmoen’s solutions. (“Amish Envy was about emulating the smart way the Amish do work projects together, even though we’re not officially Amish,” she explained.) When her three boys were younger, time was scarce and it was hard for her to find time for home improvement projects. Her solution was to form the Amish Envy Club with other familes. “We’d meet at one family’s house once a year. Two people would take the kids and the rest would do a project,” like painting half a house, putting in new flooring, or roughing in a basement. “We got work done but had fun at the same time,” she said.

The City Council will not be Brendmoen’s first job in government. She worked in the Minnesota Attorney General’s office for 11 years, many of those under Mike Hatch,she said, as a “mediator/consumer advocate.” After Hatch left office, Brendmoen worked for an ad agency, but wanted to do more meaningful work. So she took a job as the director of marketing and communications at the Children’s Home Society and has been there ever since. The agency finds adoptive families for children in Minnesota and around the world. The work is meaningful to her because, she said, “Adoption is a wonderful way to create a family. It’s work born out of need and love.” She will continue her work there part-time while she is in office.

Brendmoen might never have started on her career of public service, though, if it were not for her seventh grade social studies teacher, Gary Strauch. She was goofing around in class one day when Strauch dragged her out into the hall. She said, “He looked me right in the eyes and said, ‘You’re too smart to be a dork off. I expect a lot out of you.’ I was so surprised.” The encounter framed how she went through the rest of junior and senior high school. “I raised the bar for myself,” she said. When she decided to run for City Council, she personally sent Strauch a letter saying, “This is what you started buddy.”

Balancing campaigning with raising three small boys was a challenge that Brendmoen resolved by putting them to work for her campaign. Her boys stuck stamps and evelopes and knocked on doors for her. They might have gotten something out of it too, though. “My six yeard old knows the ward boundaries. We’ll drive down the road, and he will say, ‘Are we in Ward One now?’ And he’ll be right.”

Along with her career and family, Brendmoen tries to balance athletics. She has been racing in triathlons for several years and recently took up weight lifting. When I talked to her, she was reaching the end of a 12-week weightlifting program and said she was going strong. She elaborated, “Tomorrow I plan to do 210 push ups and bench 135 pounds.” Asked if she brings anything from her athletics to the rest of her life, she took a moment to think. Then she replied, saying training for athletics is a good metaphor for her work. “I know it’s going to get tough along the way, but I know that at then end it’ll be worth it. And it’s more fun to do it with friends.”