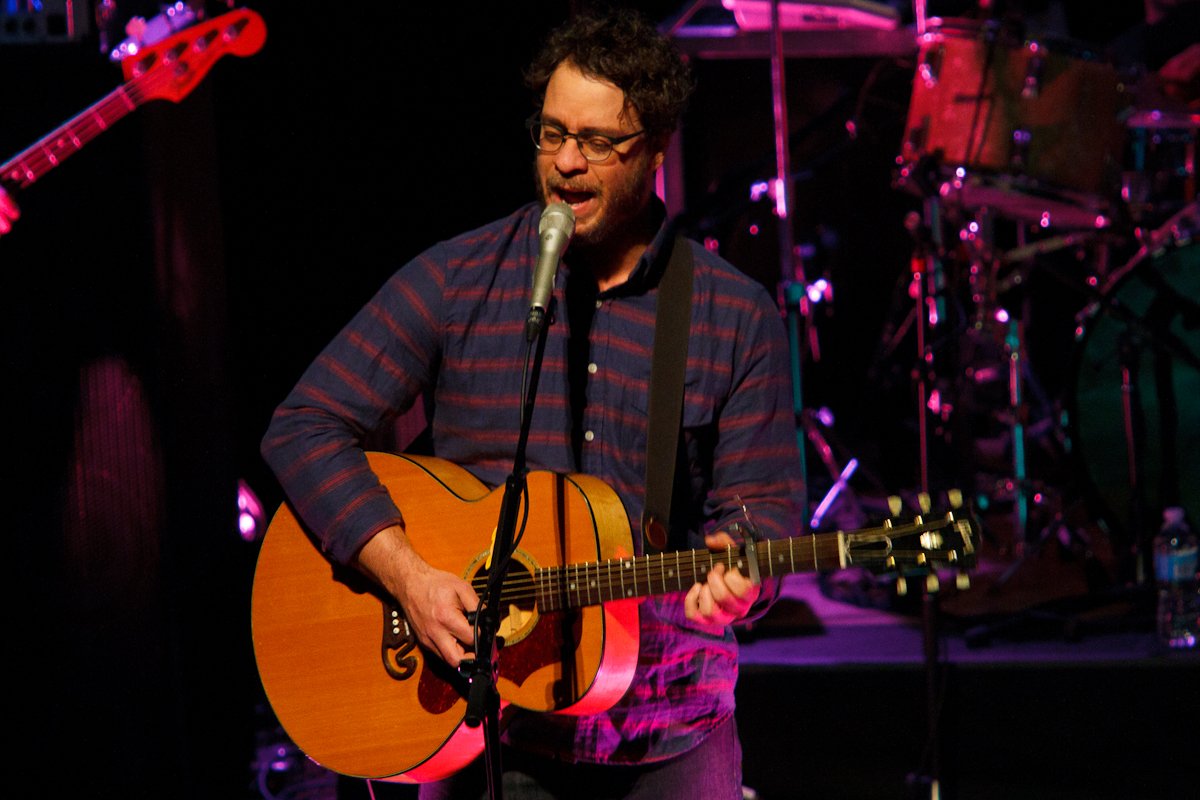 If you’re a fan of a great singing voice and quality songwriting influenced by folk, bluegrass and soul music, then you are no doubt familiar with the work of Amos Lee. He is a big talent who has built a respectable fan base nationally one gig at a time and seems to really enjoy playing to his strong following here in the Twin Cities. Lee’s November 6th stop at the State Theatre was the second night of his “Mountain of Sorrow, Rivers of Song” tour in support of his fifth studio album of the same name.

It was obvious the band is excited to play the new material considering the show started out with “Johnson Blvd,.” a downbeat reflective tune followed by the attention grabbing opening vocal on “Stranger,” which drones like a train whistle. One of the best new songs “Chill in the Air” sounded rich with a blend of tones from a lap steel, banjo and Hammond organ creating a solid foundation for a tight three-piece vocal harmony. Lee has wisely surrounded himself with a cast of uber-talented players that perfectly compliment his soulful vocal styling and eclectic music preferences.

Amos spoke to the audience like an old friend reminiscing on an early career performance at Bunkers followed by other memorable metro area shows at the Zoo and Basilica Block Party. He even graciously offered up the Levon Helm inspired tune “Mountains of Sorrow” to the memory of concert promoter Sue McLean, stating that she is a big reason why we were all in this room together. After sharing a funny story leading to “Dresser Drawer,” the crowd was silently attentive as Lee showed off his great vocal tone while the band gradually joined in as the ballad gained momentum.

Many of the songs fans specifically came to hear showed up in just the right places like a solo performance of “Arms of a Woman” early on that drew some of the biggest applause of the night. Amos used creativity to freshen up some old standbys, such as an acoustic performance of “Supply and Demand” nicely seasoned with a hint of accordion. Saxophone was incorporated into an almost unrecognizable but fun version of “Southern Girl” where the verses had the kind of vocal flow you might better expect from Jason Mraz. Amos also showed of his impressive upper register on a version of the Delfonics “La La Means I Love You” and nailed the beautiful harmony in the falsetto rich chorus. The Bluegrass feel came to life on “Sweet Pea” and the festive new “Tricksters, Hucksters and Scamps,” which led you to almost instinctively want to join in on a little knee slappin’. Possibly the fullest dynamic sound filled the theater during the set closing “Windows Are Rolled Down,” which inspired a standing ovation that was appropriate and well deserved. Lee returned to the stage alone to start out the encore with a John Prine cover before the band joined him to finish strong with “Violin,” “Colors” and a cover of “Fat Bottomed Girls.”

Prior to the main event, supporting artist Kat Edmonson gave a charming performance and won the audience over with her powerful vocal ability.