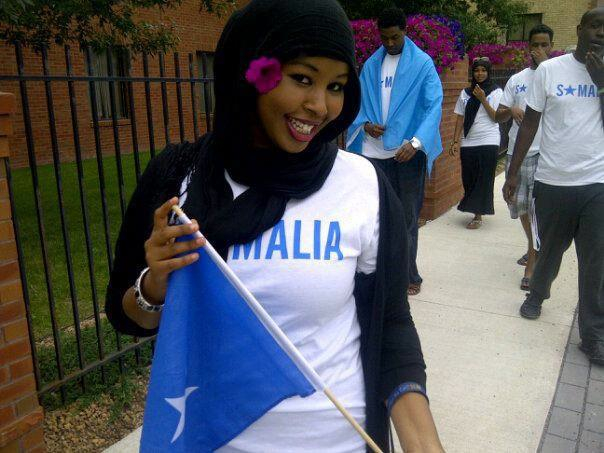 Raqiya Mohamed "walks for hunger" during an I AM A STAR fundraising effort in the summer 2011.

A Minneapolis-based non-profit organization that answered the calls of hundreds of thousands of famine victims received a big prize and recognition for their humanitarian aid efforts last week.

The American Refugee Committee was the recipient of a $100,000 first-place prize for engaging the global Somali diaspora and organizing them under “I AM A STAR” for Somalia campaign, which raised money and awareness for the organization’s humanitarian response team in Somalia.

The award-winning “I AM A STAR” had its roots in Minneapolis before it gained international attention last year, said program manager Said Sheik-Abdi.

“This is a great day for Somali-Americans and the ARC staff, who worked so hard in making this humanitarian effort possible,” he added.

The ARC’s “I AM A STAR” program improved the lives of hundreds of thousands of people in Somalia, providing them with clean water, sanitation and healthcare, according to the Drucker Institute release, which announced ARC the winter of the 2012 Peter F. Drucker Award for Non-profit Innovation on September 25.

“This is social innovation at its best,” said Drucker Institute Executive Director Rick Wartzman in a statement. “A country’s global diaspora is not a lost resource but, rather, the greatest asset available in building a humanitarian response in that country.”

When famine hit war-ravaged Somalia in the summer of 2011 and tens of thousands of people died of starvation, the Somali community in Minnesota wanted to offer its ideas and resources to help those suffering at home.

Local aid organizations, however, struggled to gain the trust of community donors. They decided to join internationally recognized humanitarian organizations including the ARC and Feed My Starving Children, among others who want to help out with humanitarian crisis.

Ever since the United Nations declared famine in Somalia in the summer 2011, many ARC Somali volunteer members left from the Twin Cities, Europe and Canada to help provide smooth implementation of the program in Somalia.

Those who couldn’t leave engaged in local projects, which raised hundreds of thousands of dollars. Some of these projects that sought money from the community included a carwash, a “walk for hunger” and others.

Raqiya Mohamed, of Minneapolis, was one of many young volunteers, who played a significant role in raising money and awareness for the program. She organized and participated in several projects, including Poems for Poverty, a carwash and Hoops for Hunger, which was basically a basketball tournament.

The money raised from these projects went to the ARC, which then delivered it to the needy people in Somalia.

“The people of Somalia were waiting for my help,” said Mohamed, who left the country when she was three years old. “Somalia has a soft place in my heart … I’m as involved as a citizen who lives there.”

“The tireless efforts of the Somali community and Minnesotans in general really gave ‘I AM A STAR’ the national recognition we enjoy today,” Sheik-Abdi said.