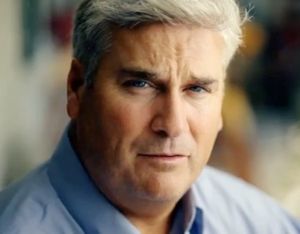 Bluestem’s editor attended Hamline University back in the days before it housed a School of Business, and so we read the tales of the tiff between the private, nominally-Methodist private college’s business wing and Tom Emmer at some distance.

Former Republican gubernatorial candidate Tom Emmer is accusing Hamline University of caving to faculty opposition and reneging on an agreement for him to teach at its business school.

Emmer said Tuesday that the St. Paul school agreed to hire him for the job and to fill an “executive in residence” position earlier this fall. But, he said, the school backed away after a small group of staff, including business school professor David Schultz, objected to his political views, including his opposition to same-sex marriage.

Emmer said the school should admit it did not honor the agreement because staff did not want a conservative like him teaching there.

Poor Tom. A victim again–first, rejection by the voters, then the Minnesota Republicans desperately seeking an RNC delegate, now repudiation by a private school that the Delano lawyer is shocked to learn is liberal.

However, it looks like there’s more to the story than Emmer’s sense of injured merit. In Emmer never hired, an online article published by the Hamline Oracle, readers learn that Emmer had approached the school with a proposal–and the negotiations ran counter to the hiring procedure outlined in the faculty handbook:

However, it was officially confirmed that Emmer had introduced a proposal to Hamline earlier in the year.

Schultz said that Emmer had joined Dean Anne McCarthy in September to pitch his public policy forum proposal and that after the meeting McCarthy had approached Schultz saying she had hired Emmer as an adjunct professor in business law. This information has not been confirmed to be factual.

“He came to Hamline with a proposal, I think we revised that into the opportunity for possibly an executive-in-residence,” Getty said.

Getty also explained that because the School of Business already had two executive-in-residence positions, it was concluded that Emmer should not be hired.

“In the end, the decision was made not to hire a third executive-in-residence,” Getty said.

Schultz said that after staff began hearing about the possibility of Emmer joining the Hamline faculty, e-mails were drafted by some staff members to be sent to administration outlining their concerns over the hiring of Emmer.

Schultz said that the faculty was concerned for two major reasons, including whether the political positions Emmer holds were incompatible with the university’s mission, specifically his stance on same-sex marriage.

The second concern stemmed from the way Emmer was possibly being hired. Staff were being told that he was simply selected by McCarthy, which goes against the faculty handbook, Schultz said. The procedures for new hires includes a hiring committee and faculty review, which was not happening at the time faculty heard the rumors that Emmer was being hired.

Emmer had seized on objections faculty members had (and that Schultz had heard about) concerning his views on same-sex marriage, while glossing over the other part that has to do with faculty governance.

Lien also reports that Emmer wants the administration to force the Oracle to remove the story, and the college says that it has no authority over the paper. Unless things have changed, this is entirely true: when I worked on the Oracle staff, the paper had no faculty advisor and received its funds from advertising revenue and student fees administered by the student government.

We were badasses, wannabe Woodwards and Bernsteins in those budding post-Watergate years, sniffing out The Man, who could do little about the queries given his lack of control of the purse. It’s where the student press should be.

Thus, in reporting the administration’s position, the paper is not responsible for the truth or falsehood of the school’s position. However, the student reporter ought to have contacted Emmer for a statement–and had he done so and gotten no return call to a query, stated that.  Certainly, those students who were my editors would not have put an article “to bed” without that basic element of journalistic integrity.

And certainly, telling the student-run press to STFU in the name of freedom is certainly a good start in winning the hearts and minds of college students everywhere.

Photo: Tom Emmer, who did actually get hired by Ralph Reed to oppress GLBTQ people in the upcoming amendment battle (Image via Queerty)