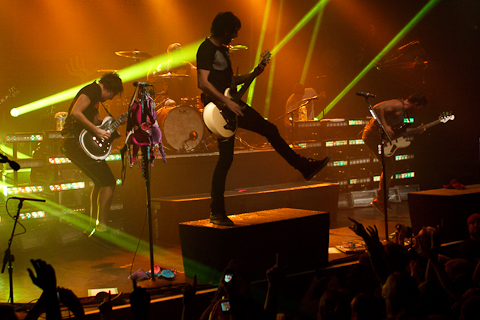 Pop-punk rockers All Time Low thrashed their way onto the main stage at First Avenue Monday, October 22 in celebration of their fifth studio album release Don’t Panic. Anxious to spread word of the new material, Alex Gaskarth (vocals/guitar), Jack Barakat (guitar), Zack Merrick (bass) and Rian Dawson (drums) embarked on a three-day “World Triptacular” mini kick-off tour earlier this month that included performances in Tokyo, London and New York City. The effort paid off as first week record sales topped 48,000 copies. Three days later, they played the first performance of the “Rock Show at the End of the World” tour that will take them across the US through the end of November with 33 scheduled shows. The Minneapolis show was on the front end of their trek and the band showed up fully energized and clearly excited to play for our hometown fanatics. Gaskarth said this was their fourth time playing First Avenue and they have never had a bad show here.

The 20-song set started out blazing with arguably the best song off the new album The Reckless and the Brave. As usual, Gaskarth was in great voice and led the charge front and center while Jack and Zack were constantly moving back and forth from the stage up onto platforms and jumping off in time with the music. Rain Dawson was driving the beat with a fury behind a custom drum kit on a tall riser in front of a backdrop with artwork in the style of the new album cover that also advertised tour sponsor Rockstar Energy Drink.

The crowd was fully engaged during hit single “Damned if I Do Ya” with hands in the air and a swirling mosh pit formed in the middle as fans rocked out to “Lost in Stereo.” Between songs, Gaskarth and Barakat often exchanged banter with each other and also were having a good time joking with the audience largely consisting of girls 18 and under. The Maryland band paid tribute to home with “For Baltimore” before slowing things down for crowd favorite “Remembering Sunday.” That gave the audience just enough time to catch their breath before the energy level kicked back up for party tunes “Jasey Rae, Poppin’ Champagne and Guts.” The regular set ended with the fans singing along to the healing anthem “Therapy.” A thundering chant “All Time Low” brought the band back out for an epic three-song encore consisting of “Time Bomb,” “Weightless,” “Dear Maria Count Me In” driving home a marathon show that left fans sweaty, exhausted and still wanting more.

Before the main event, the evening ramped up nicely with three worthy supporting acts: The Summer Set, Hit the Lights and The Downtown Fiction. 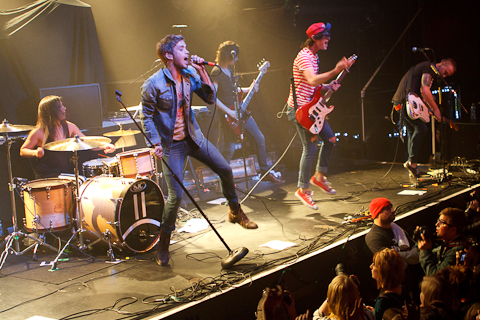 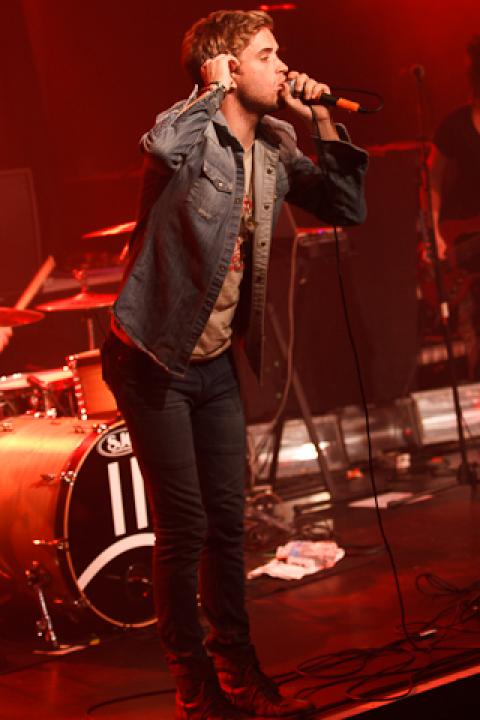 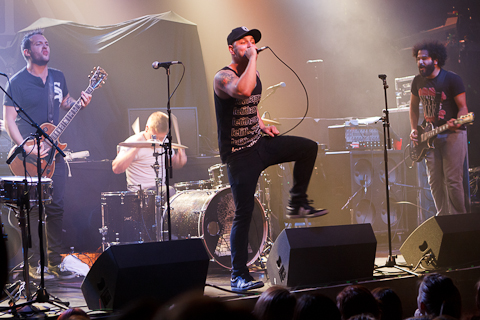 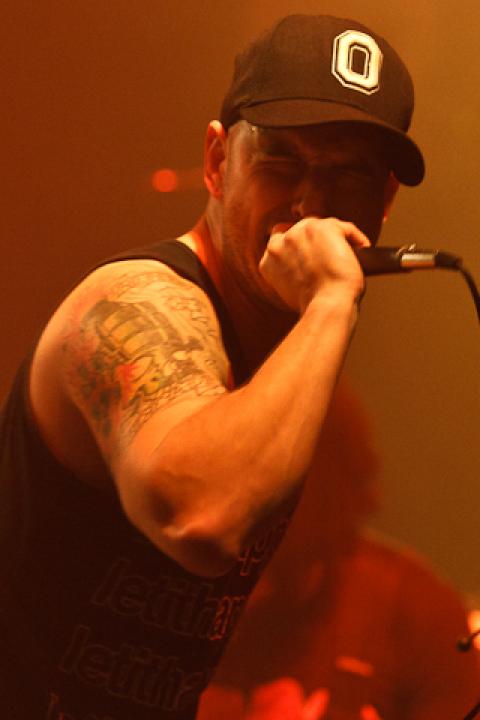 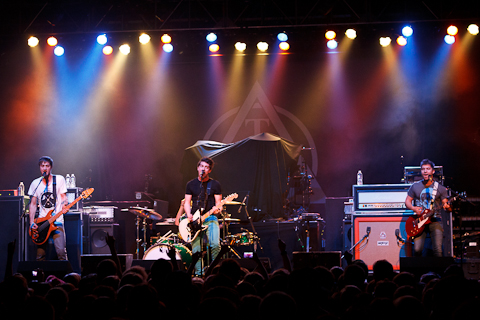 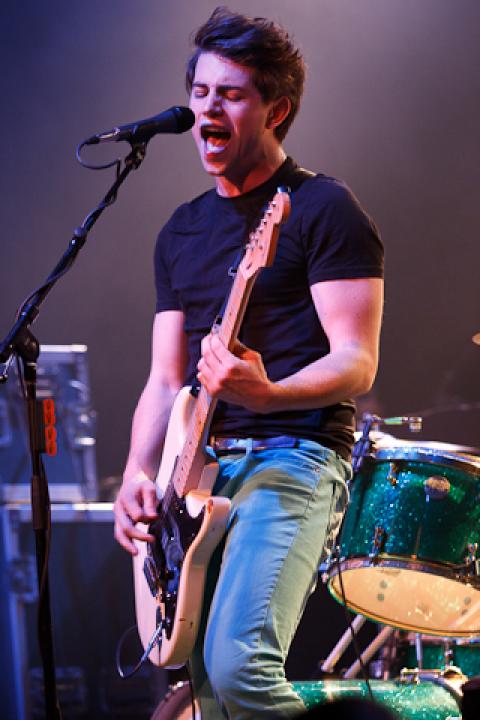 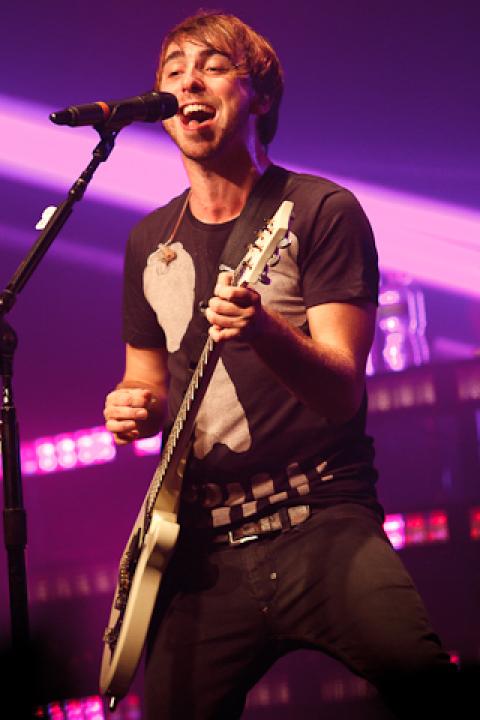 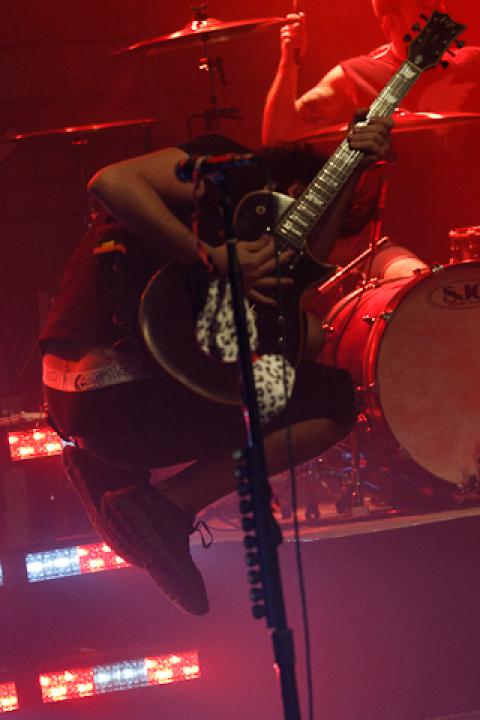 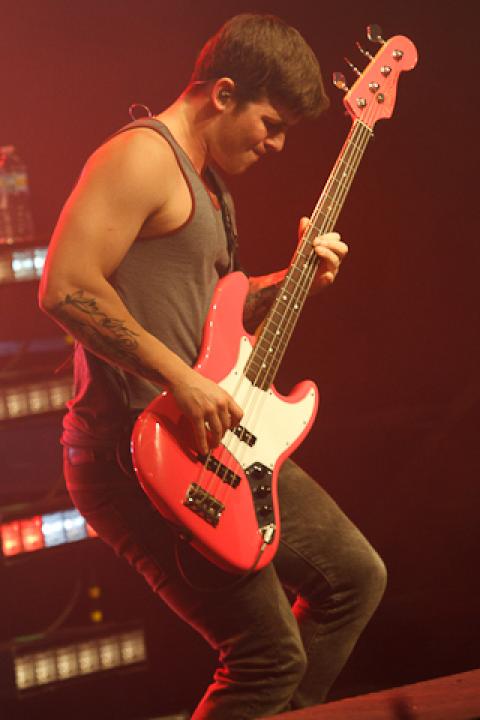 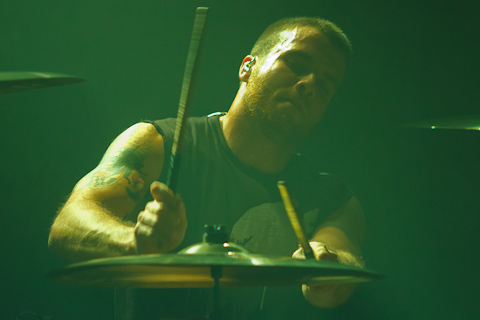 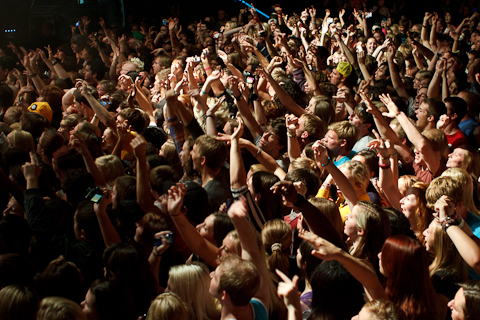 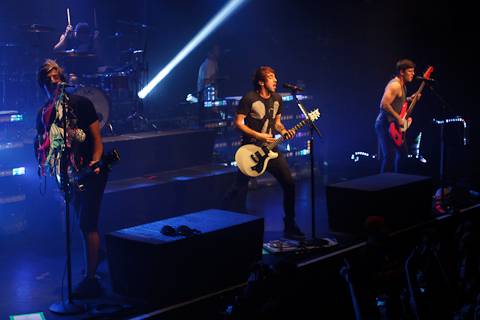 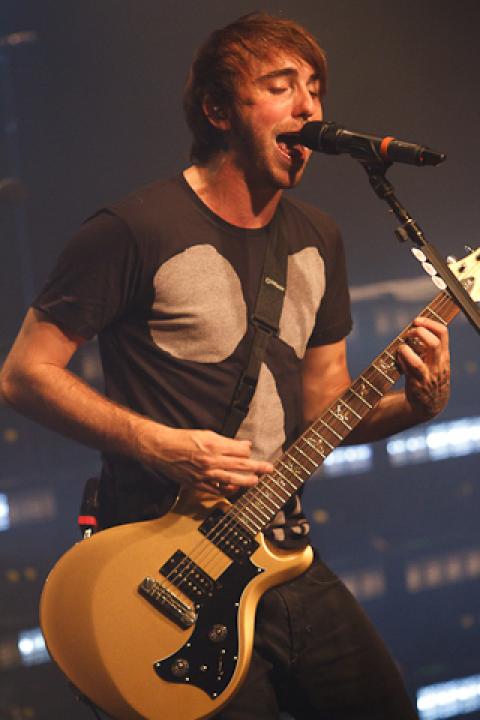 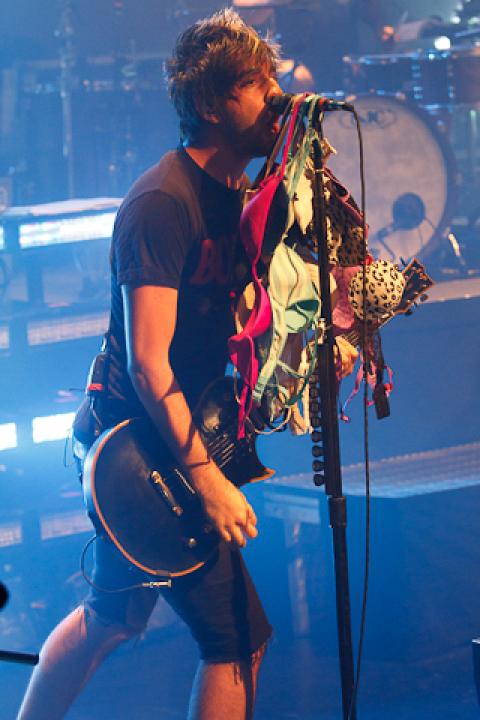 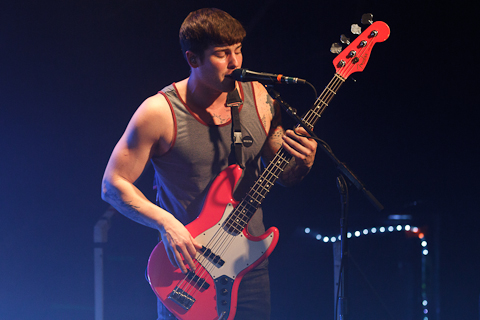 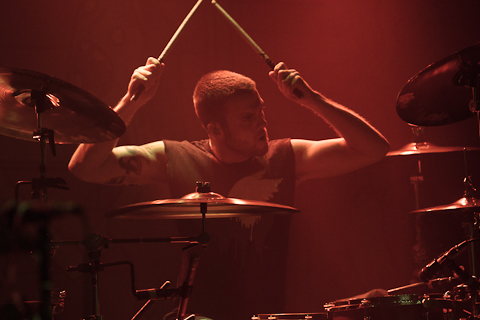 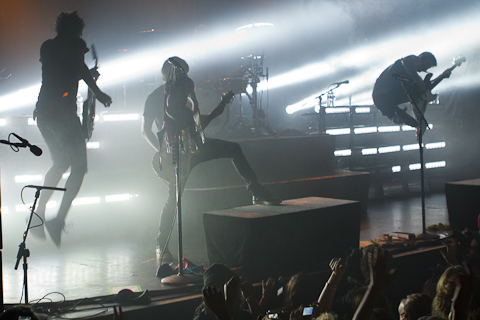 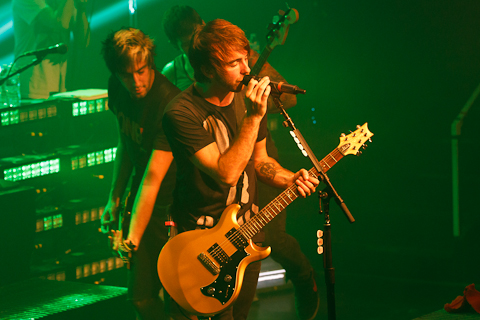 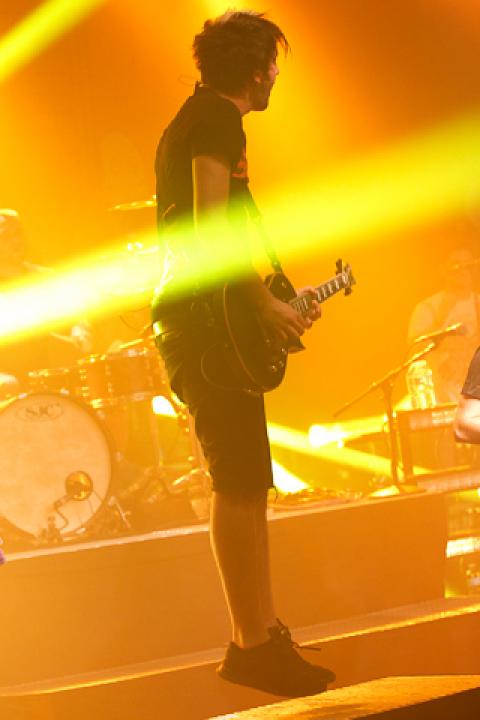 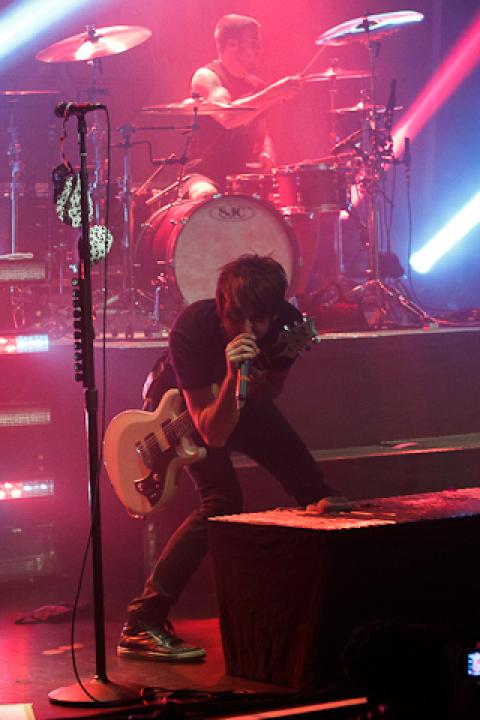 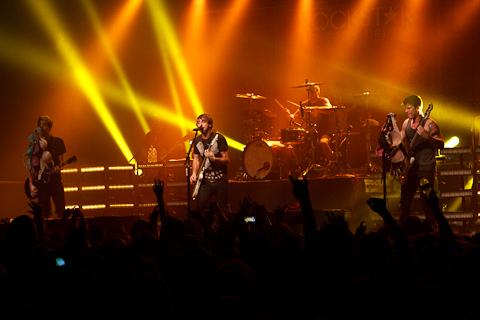 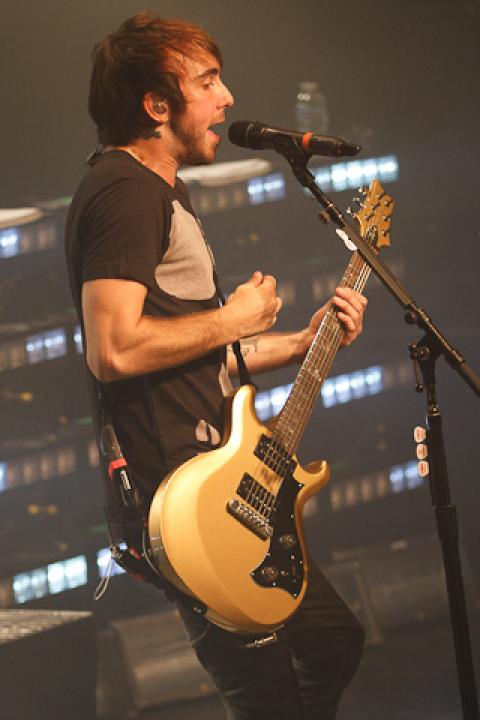 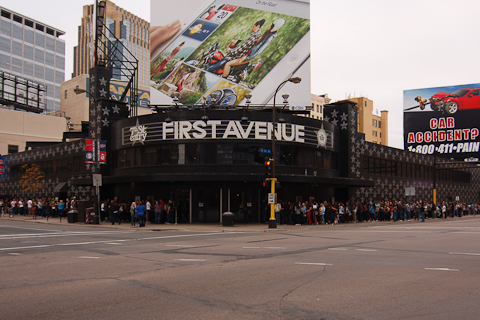