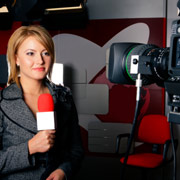 There’s a lot of complaints about traditional media these days: It’s too liberal, too conservative, too sensational or too corporate. But all of these complaints miss the bigger issue, it’s too dedicated to balance even when balance doesn’t exist.

That’s a systemic issue, not a criticism of individual media members. Good media training teaches journalists to be critical of every argument, testing claims against fact, and providing opportunity for valid contrary voices to be heard.

Problems arise, however, when solid facts are void and the only evidence to counter a claim is another person’s counter claim, or when the facts prove parts of both arguments. In these cases, journalists often allow both sides time to make the argument and let readers, listeners and viewers draw their own conclusions.

Think about it; was the inability to reach a balanced budget and the shutdown in Minnesota the equal responsibility of Governor Dayton and legislative conservatives? Certainly if you read the average newspaper article it would display one sides’ positions as roughly equivalent on the opposite sides’ position. The truth, of course, is that Governor Dayton’s balanced proposal already had compromise built in, with deep cuts and revenue increases, while the conservatives’ “no new taxes ever” position was unyielding.

This quest to make all things equal has led some media to equate the Occupy Movement as a progressive equivalent to the Tea Party. Both movements undoubtedly spawn from a similar unhappiness with the status quo of our politics, but the comparisons fail to see that the groups are different in their organizational structure, end goal, and diversity, amongst a host of other divergent characteristics.

Just because there are two civil protest movements at the same time on different sides of the political spectrum does not make them a balance to each other.

There’s the common analogy of our politics today that it is like two young kids playing a game of chicken. But chicken is not fun if one of those kids has a far worse sense of danger than the other.

Most of the time the quest for equality in coverage is of great benefit to citizens. But in rare cases, treating both sides as equally responsible for our political mess, with an equal sense of consequences doesn’t provide the most accurate account.

If we want the public to be better prepared in assessing their representatives, it’s important for media to consider the weight and credibility it gives when telling each side of the argument. Remember, fair isn’t always equal.