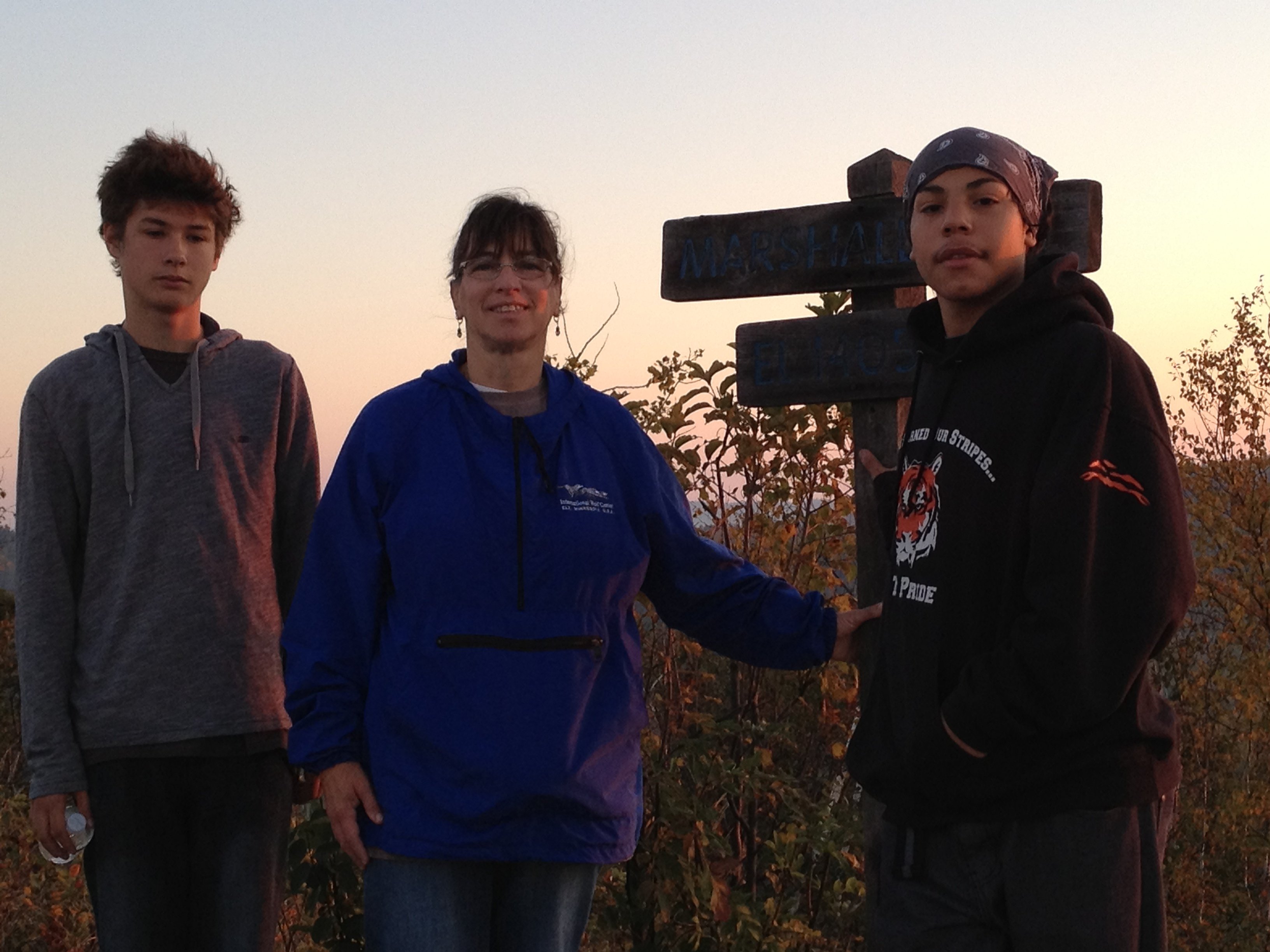 A high profile walk-out by Native American students in the Minneapolis South High All Nations program and supportive members of the wider South High community focused attention on the program last spring. This fall, things are going better at South High, according to two All Nations students.

All Nations was established in 1989 in order to provide an American Indian focused program within the larger confines of South High. It’s is a citywide program, meaning students from across the Minneapolis school district can enroll in it. This year, there are 132 students in the program.

For sophomore Elizabeth Santana, some of the main issues of the spring walk-out, such as whether or not the All Nations students can burn sage as part of a smudging ceremony within the South building, and the addition of an after-school drum group, have been meaningfully resolved.

For Santana, the walk-out was a positive experience, because, as a ninth grader who was new to the All Nations program, it told her “people wanted to fight for the program.” As she remembers it, hearing students around her yelling “walk-out” and then actually doing it was “empowering.” She says that holding a weekly smudging inside of South was important to students in the All Nations program, and being allowed to do so now, as a result of the walk-out, made the student protest a productive, purposeful event.

When it comes to the academic program offered through All Nations, Santana finds herself really enjoying “being in an environment with other Native students.” She came to South from Anwatin Middle School, where she was a student in the Spanish dual immersion program. In her experience, then, being in the All Nations program is the first time she’s found herself immersed in learning from a Native perspective. This means her social studies class, for example, is taught using a Native-focused textbook.

When asked what she’d like to see improved or changed about the All Nations program, one thing that jumped to Santana’s mind was the fact that Ojibwe is the only Native language offered at South. Having another choice, such as Dakota, would make the program even stronger, in Santana’s view.

Santana is making a name for herself at South as the first All Nations student on the school’s newspaper, the Southerner. Because of this, another All Nations student, Karissa Kier-Fricken, says that the other students in the program recently “acknowledged” Santana for her bravery in writing for the school newspaper.

“Acknowledging” someone, according to Kier-Fricken, is something new they are doing in the All Nations program, as part of a traditional Ojibwe knowledge base called the “Seven Grandfathers Teachings.” The Seven Grandfathers Teachings include seven qualities—Respect, Love, Truth, Bravery, Wisdom, Generosity, and Humility—seen as essential aspects of a healthy, whole community. When an All Nations student, such as Santana, embodies or displays such an attribute, the others acknowledge him or her.

This immersion in Native teachings has allowed Kier-Fricken to share her own knowledge and memories as a Native student, and, to her, when thinking of the other students, she says it “feels like we’re all a family.” For Kier-Fricken, this feeling is enhanced by the presence of Native American All Nations coordinator Joe Kingbird, who, she says, “stands up for” the students, and offers them “good support.”

Another avenue of support for All Nations students and staff, as well as for the program itself, comes from All Nations counselor Jackie Vertigan. Vertigan is a trained school counselor, and has been working with the All Nations program since 2002. She describes her work as focusing on academic planning, along with the social and emotional needs of her students. Vertigan also works with All Nations families as a support person, and provides grant writing and program development to All Nations.

One of the strengths Vertigan sees in the program is the way All Nations strives to use the students’ cultural foundations in the classroom, rather than simply focusing on a standards-based approach to learning. One prominent example of this for Vertigan is the way current All Nations ninth graders are exploring “Identity” as a theme for their English class: students are tapping into rich oral storytelling traditions by interviewing family members at home and writing their stories down, as a class assignment.

While Vertigan acknowledges that standardized test scores are low for Native students in the Minneapolis Public Schools, she emphasizes that raising test scores, in isolation, is not the focus of the program. Instead, according to Vertigan, the All Nations program wants to raise student achievement by providing an enriching, culturally relevant program where students are being taught to “think critically,” and to value the ways of “being and knowing” that they bring with them to the school. This, combined with a focus on increasing student attendance, will help bring higher test scores, from Vertigan’s perspective.

For student Kier-Fricken, the All Nations program is also strengthened by the helping hands of community members such as Tedi Grey Owl, the Technology Coordinator from south Minneapolis-based MIGIZI Communications, whose stated mission is to advance a “message of success, well-being, and justice for the American Indian community.” According to Kier-Fricken, Grey Owl comes in to the All Nations program “every day,” and helps students and teachers with their daily work.

This kind of community support is a great thing in Kier-Fricken’s eyes. When asked if there is anything she’d like to see done differently at All Nations, having even “more Native people in the community” come in and work with students quickly comes to her mind.